Star Clusters and All Their Glory 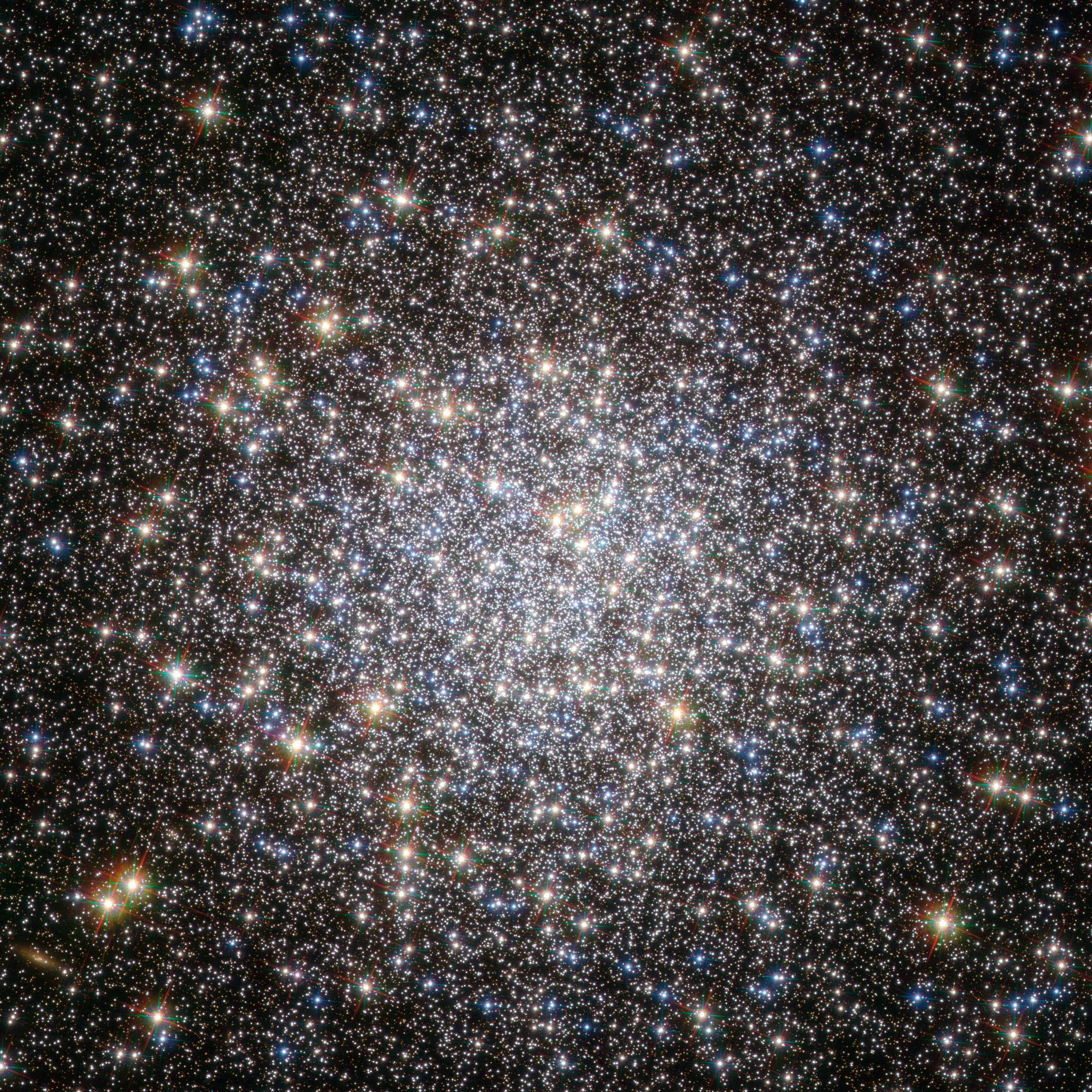 Star clusters have been a topic of interest for astronomers since ancient times. Open clusters were often interpreted as epicenters of cosmic art work. And although only a few could be seen, globular clusters were theorized to be some kind of grand decoration.

As we now understand them, clusters are the result of gravity exchanges between large amounts of stars born within close proximity. They can form together in different ways though, each with their own unique traits. On one hand you have Open clusters, regions of loosely bound stars, and in other instances there are globular clusters, much more grand in appearance as the stars lie within less than a light year from each other. In a way they look like ornaments filled with tiny stars.

Let's start with Open clusters. Like all clusters they are bound together by gravity, however their bonds are not particularly strong as the stars are typically a least a light-year apart. This still should not cause you to underestimate the effects that gravity can have. In fact, it is believed that over time these clusters will disperse and vanish due to an effect of orbital mechanics in which the presence of multi-star systems results in certain stars being accelerated to a point in which they reach the sort of, collective escape velocity of the cluster, and fly away into deep space.

For the most part, Open clusters contain an amount of stars that is consistent with distribution. Meaning, in a region where a certain amount of each mass-tier star is expected, the distribution will be the same for the cluster. But this can change when concerning Nebulae centers. Considering how closely they form, it is almost universal that the bulk of higher mass stars in a nebula is in a technical cluster. They can range in sizes and are very important to our understanding of the nebula they're in, given how they provide most of the radiation that the nebula gives off. Take for example, the Trapezium cluster. If you look closely, you can see four main stars grouped right near each other in the center, they provide most of the light that comes from this 25 light year across nebula. Dominated by Theta 1 Orionis C, the visually brightest of the bunch north-most in the photo. A star of over 30 solar masses.

We can see a similar trend of massive star clustering in the largest measured star factory, the Tarantula nebula, which is host to the R136 group, a cluster of incredibly massive stars and unbelievable luminous output. 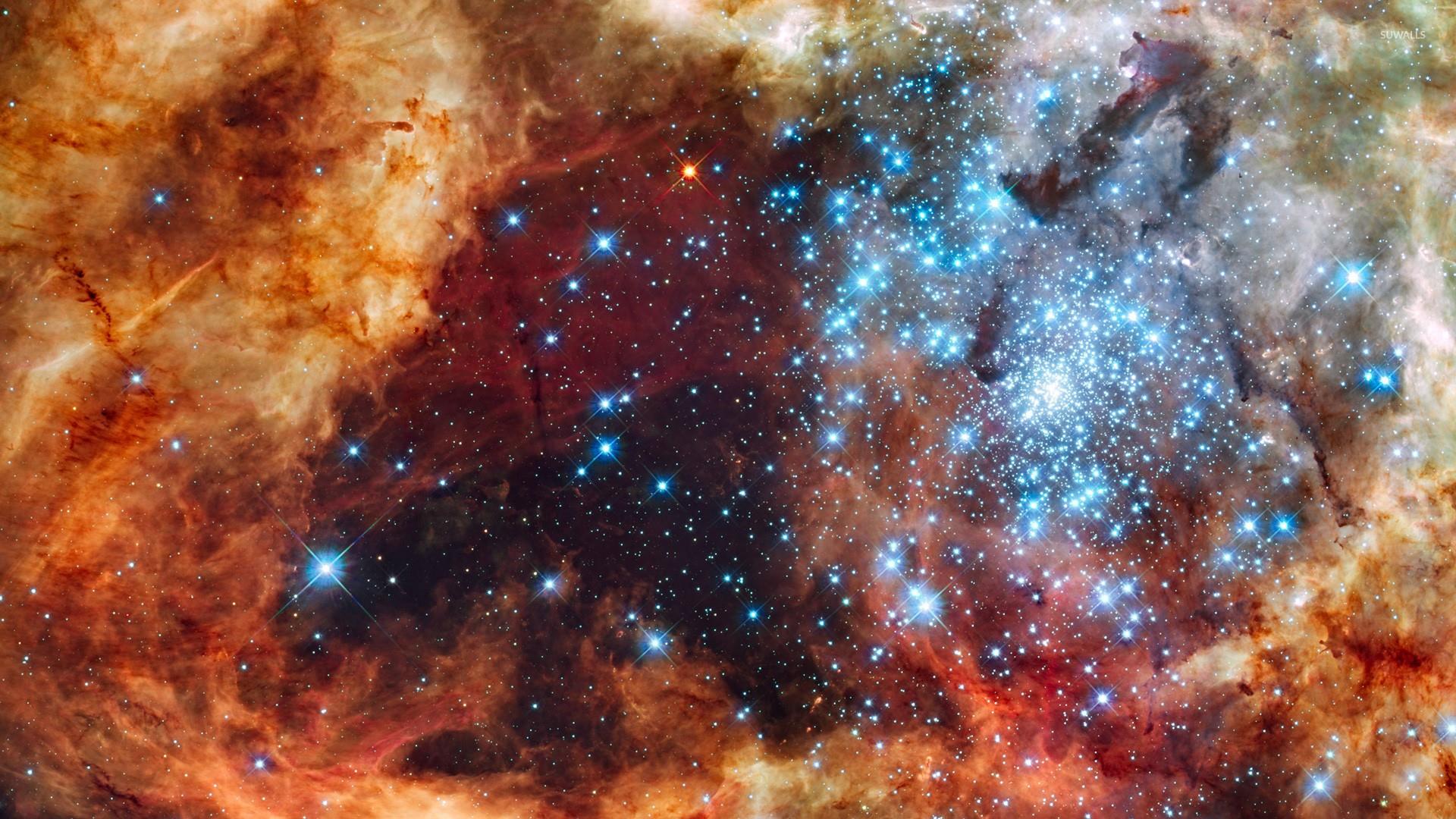 Technically considered two merging clusters within the same nebula, this complex in the dwarf galaxy that orbits the milky way known as the Large Magellanic Cloud is home to some of the most massive stars ever observed. Many exceed 50 solar masses, many even reach 100. In the bright center also lies the most massive and brightest star ever observed, R136a1.

In observation, open clusters are nothing too unusual in appearance. They resemble a region like any other which happens to be more concentrated with stars. However by finding distances of individual stars it is revealed that they all are together as a group. Some clusters are larger than others, although they are challenging to measure given how they don't have clear cut ends. But they are usually measured based on the collective mass of the cluster or just how many stars it contains. The Beehive Cluster measures out with around 60 stars with one primary star called Aldebaran, a red giant, a star that gives off almost half as much light as the remainder of the cluster combined. The most famous of the clusters however is known as The Pleiades. A large cluster with around 400 individual stars. Of course most of them are red dwarfs or sun-like yellow stars. But there is a fair share of blue stars including Seven, (Known as the seven sisters for their mythology), that are above 3 solar masses. The brightest being Alcyone, a 3.6 solar mass star. However Open clusters are just one type of star cluster, there's another kind that is much denser and far more unusual in appearance. They are known as Globular clusters for their resemblance to globe shapes. They can be many light-years across and contain hundreds of thousands of stars. They are also evidently very old, given how the majority of the stars in them are yellow or red, many Sun-like stars lie within them. Also worth considering is that they aren't just randomly distributed, all of them seem to follow their own path, orbiting around the milky way cutting through it every once in a while perpendicular to the disk. Why they follow these orbital paths is still disputed, some think they could be the result of galactic collisions. It is true that our Galaxy has cannibalized a few smaller dwarf galaxies in its lifetime. In the process the gravity of an incoming galaxy could drag stars out from the main galactic disk, but only ones that don't yield as much mass since they are easier to move from their orbits. After the small galaxy has merged with the main disk a collection of smaller stars is now in orbit around the Galaxy, so they then form together as orbital material tends to and become clustered. 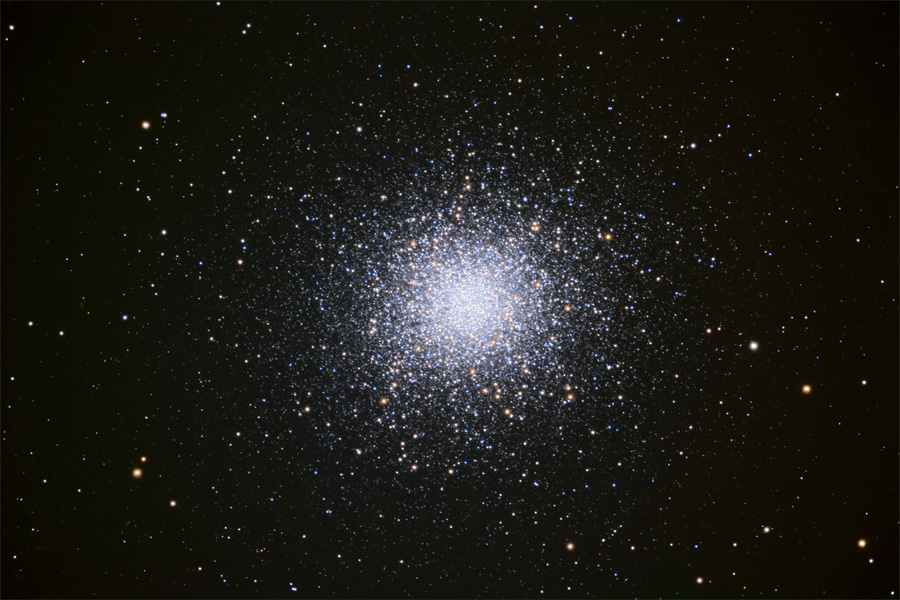 As you can see, this image shows the famous Hercules cluster, a structure that is just under 100 light-years wide and contains about 320,000 stars. I call it famous because it's the most commonly observed and referenced globular cluster due to its brightness and apparent size. But there are much larger clusters out there. Such as Omega Centauri, the largest globular cluster in the Milky way galaxy. Around 150 light-years across and home to about 10 Million stars.

These clusters are truly incredible to observe. They look like sudden hyper-concentrated regions often around half the diameter of the moon or less, with a few exceptions. It's also worth noting that their residence and strange orbits means they all appeared to be located in a similar region of the sky, near the galactic center since they don't orbit too far out the galaxy's core. science astronomy stars
3년 전 by astronomyizfun56
$1.76
27 votes
댓글 남기기 12
Authors get paid when people like you upvote their post.If you enjoyed what you read here, create your account today and start earning FREE STEEM!
STEEMKR.COM IS SPONSORED BY

I bet it would be amazing from a planet inside one. So much great info on here, I really appreciate when people take the time to write such informative stuff. I didn't really know about open or globular clusters before reading this, so good on ya, you just educated me :)

Beautiful. They actually look like works of art. I can't wait for when we'll start travelling to other systems and galaxies. Hopeful

Systems hopefully, however from what we know, travelling to other galaxies will be impossible as they move away from us faster than light. Except the ones that are falling towards us from their combined gravity.

There is nothing like that feeling of greatness when looking in this kind of pictures. We as humans are so small and yet somehow when looking at this feel amazing because after all, we are a part of it. Thank you for sharing this wonderful post.

Congratulations @astronomyizfun! You have completed some achievement on Steemit and have been rewarded with new badge(s) : Today one year ago you joined SteemIt
Thank you, for making SteemIt great and Steem on for more years to come!
(You are being celebrated here)
$0.00
댓글 남기기
[-]
steemitboard66  ·  3년 전

Congratulations @astronomyizfun! You have received a personal award!