Science News : The Canal Of Mars 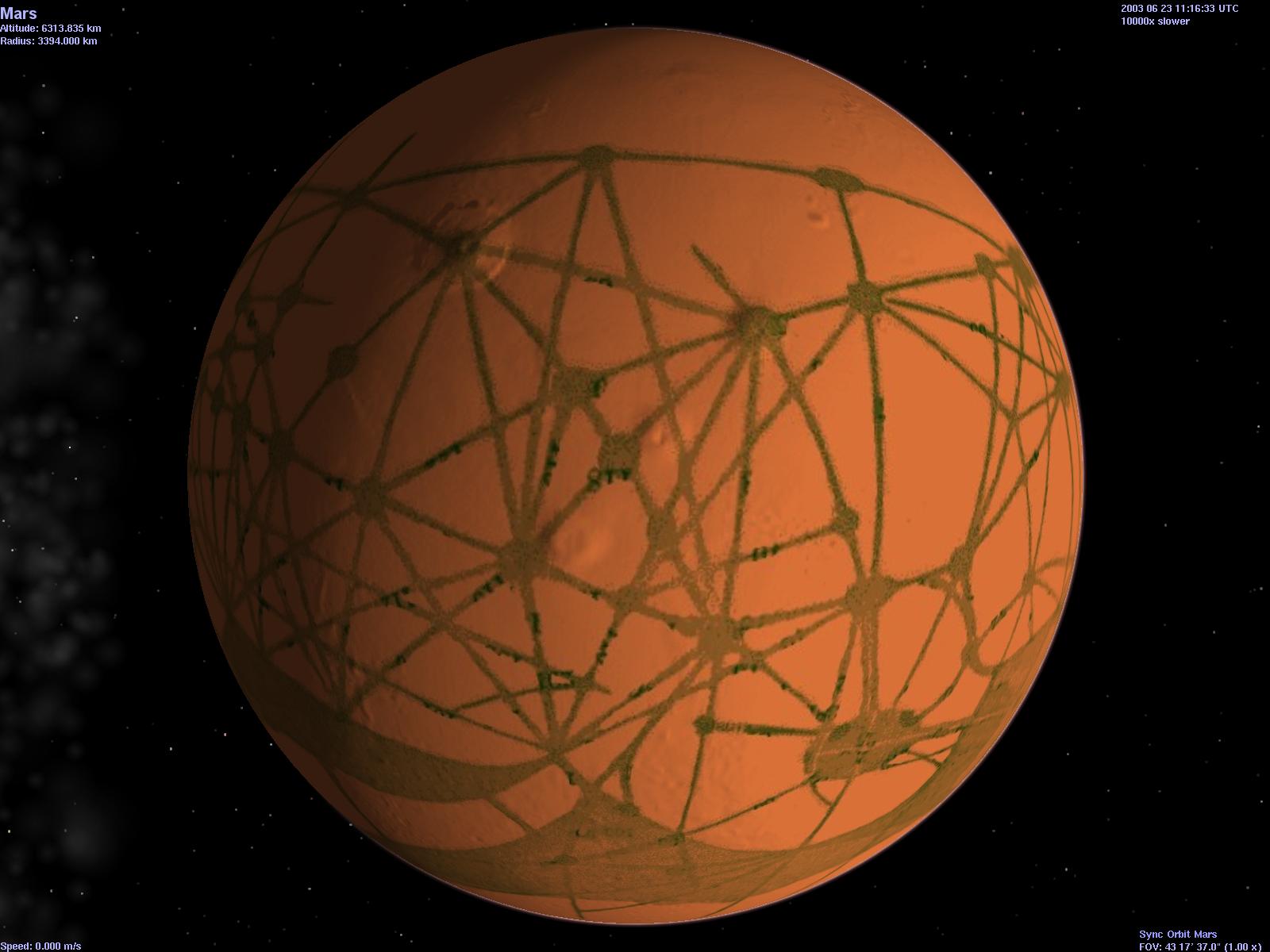 The space-heads among you have undoubtedly heard about the Curiosity rover’s first significant discovery: the remnants of an ancient streambed on Mars, which would seem to indicate the presence of water in the planet’s history. This jagged pile of alluvial rock and dust may not look like much, but it brings to mind one of my favorite pieces of Martian historical arcana.For a time in the late 19th century, it was believed that there were canals on Mars.The Italian astronomer Giovanni Schiaparelli, who observed Mars in 1877, was the first to describe, name, and lovingly illustrate mysterious straight lines along its equatorial regions, which he called canali. Viewed with the telescopes of the day, in brief instances of still air amidst the optical strangeness of atmosphere, Mars was tough to figure. There are areas which appear darker or lighter (these are called Albedo features); to an enthusiastic observer, it was easy to speculate of continents, oceans, or even straight-line canals.

Beset by the same optical illusions, many astronomers seconded Schiaparelli’s observations. The maps of the day show a Mars riven with peculiar webs and lines–lines which successive high-resolution mapping of the planet have definitively shown do not exist. The mechanism that caused this illusion appears to be internal: faced with a shifting landscape of foggy forms, glimpsed at through simple lenses of glass through the refractive index of Earth’s atmosphere, the human brain tends to impose order.

The persistence of belief in Martian canals is often attributed to a linguistic fluke, that the Italian canali, meaning “channel” (or watercourse, and not necessarily of unnatural origin), was mistranslated to the English “canal.” I really love this narrative of language shaping reality, but unfortunately it’s the astronomical equivalent of an urban legend. “Canal,” in fact, was used in the earliest English accounts, and Schiaparelli made no move to correct the misunderstanding, if he was aware of it.Still, astronomers ran with the idea. The Irish astronomer Charles E. Burton made beautiful sketches of the lines, and (according to an unsubstantiated Wikipedia entry) speculated that they were ley lines used by Martian sorcerers. The American Percival Lowell, who founded the Lowell Observatory in 1894, made the most committed speculations on the subject. Despite ramping scientific skepticism to the contrary, Lowell almost single-handedly popularized the notion of the canals as proof that the planet once sustained intelligent life. His drawings of the canals look like Italian Futurist masterworks or the spacey doodles of Joan Miró.

“That Mars is inhabited by beings of some sort of other we may consider as certain as it is uncertain what those beings may be.”– Percival Lowell In his books (sample titles: Mars and its Canals, Mars as the Abode of Life), Lowell put forth a theory that the canals were visible traces of an dwindling civilization’s attempts to tap the planet’s polar icecaps. The late 19th century was a period of great canal-building on the home planet–the Suez and Panama Canals were both freshly dug at the end of the 1800s–and so the dreamy hypothesis that Schiaparelli’s canali were irrigation canals made by intelligent beings resonated with the cultural imagination.Later, Percival Lowell began to notice similar phenomena on Venus; simultaneously, as telescopes and astronomical technique developed, his theories were objectively discounted. More recent scholarship suggests that Lowell was merely observing projections of the vein structure of his own eyeball, a known nuisance among planetary observers using very high magnification. This would explain, among other things, the phenomenon’s consistency across two far-flung planets in our Solar System.

Given the symbolic parallels between outer space and inner space in many cultures, the fact that Percival Lowell spent an entire career mapping the strucure of his own retinas while believing them to be interplanetary ruins is very nearly mystical.As it turns out, there really are canali, or watercourses, on Mars–but that’s just another marvelous instance of life imitating art. As for art imitating life, well, despite the fact that his scientific study was for nought, we can credit Lowell’s inverted astronomy with the origin of a lasting trope within the science fiction of the early half of the 20th century. His “vision,” if you will, of a dying Mars–and an ancient culture fighting to survive in its arid deserts–persisted in the works of Edgar Rice Burroughs, Robert Heinlein, and C.S. Lewis, to name only a few. One might even argue that Lowell’s theories about water scarcity form the basis of a broader conceit about aliens coming to Earth to pillage our resources, in which case he is the unwitting progenitor of everything from The War of the Worlds to Mars Attacks.

But back to the canals: Ray Bradbury, in The Martian Chronicles, had them flow with poetic “green liquors” and “lavender wine” under the yellow sun. Later, Philip K. Dick would imagine despotic Water Workers’ Unions controlling access to the little sustenance the Martian canals eked across the harsh Martian landscape. It’s a broad spectrum, certainly, but many of the romantic associations we hold to Mars–the sense that it hangs in space like a ghost, a ruined sibling of Earth–are derived from these literary reveries, nearly all of which can be traced back to bad eyesight and illusions.

science space mars steemit life
4년 전 by bikash0843
$0.06
7 votes
댓글 남기기 2
Authors get paid when people like you upvote their post.If you enjoyed what you read here, create your account today and start earning FREE STEEM!
STEEMKR.COM IS SPONSORED BY