The "Life" is the biggest mystery on Earth, we all have it but don't know what's it, it is regarded that the soul is a breaking strength of life . A human dies if the soul departs the body , but the question is what's soul ? Is it measurable or not? In the present article, we're going to know about a whacky scientist, who wanted to measure the soul !

Before start, I would like to thank everyone for supporting us , @facttechz appreciate your contributions from the bottom of heart. In 1907, a physician from Massachusetts, Dr. Duncan MacDougall published a scientific study - "The 21 Grams Theory" . As we know, Ures stated that every human beings has a soul, so Dr. Duncan thought that if we've soul then must have mass and if it has mass then it must has weight. From 1901 to 1907 he worked on his hypothesis & attempted to measure the mass lost by a human when the soul departs the body. To complete the project he selected six patients who were just to die, one by one he examined them after & before of death, 5 patients showed no changes of weight but one of them lost 21 grams after death.
Though the result wasn't desirable but he gotten a clue, Dr. Stated his experiment would have to be repeated many times before any conclusion could be obtained . It was wildly regarded as unscientific due to the small sample size, the method used , as well as one of the six subjects met the hypothesis. The flawed experiment popularised the concept that the soul had weight and specially it weighs 21 grams, despite its rejection in the scientific community. After the publication of the experiment many other physicians highly criticised that, specially physician Augustus P. Clarke criticized the validity of the experiment. He stated that there's a sudden rise in body temperature as the lungs are no longer cooling the blood at the time of death, causing a subsequent rise in sweating could easily account for MacDougall's missing of 21 grams. Clarke also pointed, dogs won't loss weight in the manner of death as they don't have sweat glands.
The 21 grams theory has been the subject of considerable skepticism, Dr. MacDougall has been accused of both flawed methods and outright fraud in obtaining his results. He likely poisoned and killed 15 healthy dogs in an attempt to support his research has also been a source of criticism.
By all the results & criticisms it can be concluded that there is nothing like soul on Earth, or it may be exists in cosmic forms .
We can say :

It's almost as if you were talking about data. Your USB drive weighs the same whether it's empty of full.

Therefore, is your soul data? Could you reasonably look at it that way? Just look at the brain, the state of your neurons is your data. They are everything you are at that moment: thoughts, memories, reflexes, desires...

Unfortunately, when you go, your data fast decomposes. That's all, bye.

Sorry if that bothers some. It is what it is.

At first when I started reading your post, I thought your argument would be the opposite. Every once in a while my blood pressure just rises at what cranks post.

I laid it out, but good, to some nut case flat earther last week. I know it's pointless to engage them, but someone eventually will have to.

Joe
@joe.nobel
science fiction, fantasy, erotica
a new post from my novel Andromeda has arrived on the scene ...

this is a good article..

You got a 1.18% upvote from @postpromoter courtesy of @facttechz!

I love the the subject matter. Is it not more of a point that you cannot prove it but you cannot disprove it either?

There are obviously lots of things going on in the human body at the time of death that trying to accurately measure all of those factors is just mind boggling.

I love the idea of a soul having mass and the endless possibilities that derive from that. From a science fiction point of view, bottling up a soul and being able to transfer to a different body is both freaky and quite cool. The matrix springs to mind. 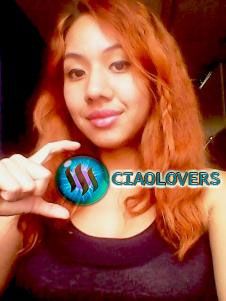 excellent publication, I liked it very much you have my vote a strong hug from venezuela

Excellent publication. I hope you can read, comment and vote on mine.

We fear death or not, it always arrives and they say that at that moment the body loses exactly 21 grams. Is it the soul of a person that constitutes those 21 grams? Or is that the weight with which those who survive survive?
I see your post and I remember that movie, which asks us the question that we will not know if in certain science it is like that, great article.

My soul is priceless and weightless :)

I find the internal world fascinating, invest much time in the mind and heart. I find it strange that we know more about space than our own oceans.

Surely it would make more logical sense to invest in Earth, home and the internal before investing in space, other planets and the external?

Soul vs materials or Soul materials?

This ties in with another concept we are busy developing, "The 3 this".

There is also a movie about 21 grams, maybe give it a watch if this interest you =)

That article is really amazing great information share keep it up stay with me as well!

That was an interesting read! Those poor dogs!

there are question that has no answer...faith answered it

That's pretty wild, I had no idea about this story... soul has a lot of mystery :)

One of the most popular "cience" myths, great work on the research to prove that is not more than just that, a myth. Excellent post.

The only thing that is true is that if we die we lose our soul. That's all.
Very interesting information what you are posting here. Congratulations

What an interesting topic this post, the truth that lately I've been reading a lot of mysticism on this platform and I think it's the same information that is synchronized with my thoughts and the way I interact here in steemit.

Briefly I will tell you about an extracorporea experience I had years ago and it was observing how my soul detached itself from my body, how it floated, how it looked at me back and how it returned to my body in a conscious state of the mind.

For some people these experiences are caused by spirits from beyond, ghosts, demons, etc.

But the truth is that everything is produced by ourselves through the mental apartness and the stimulation of the pineal gland better known as the third eye, in that moment I realized the real weight of our soul that as everything that surrounds us It is ephemeral, for me it becomes heavier when we fill it with negative things, when we feed the ego and if it becomes lighter and more subtle as we dissolve everything that remains, stops us or blocks us.

Thank you for reminding me of my good experiences through your publication.

interesting topic you have here. it is good to know. Upvoted and followed you❤️@elvielins