2년 전
keephy56 in science
The time-lapse video can be viewed below. Enjoy! 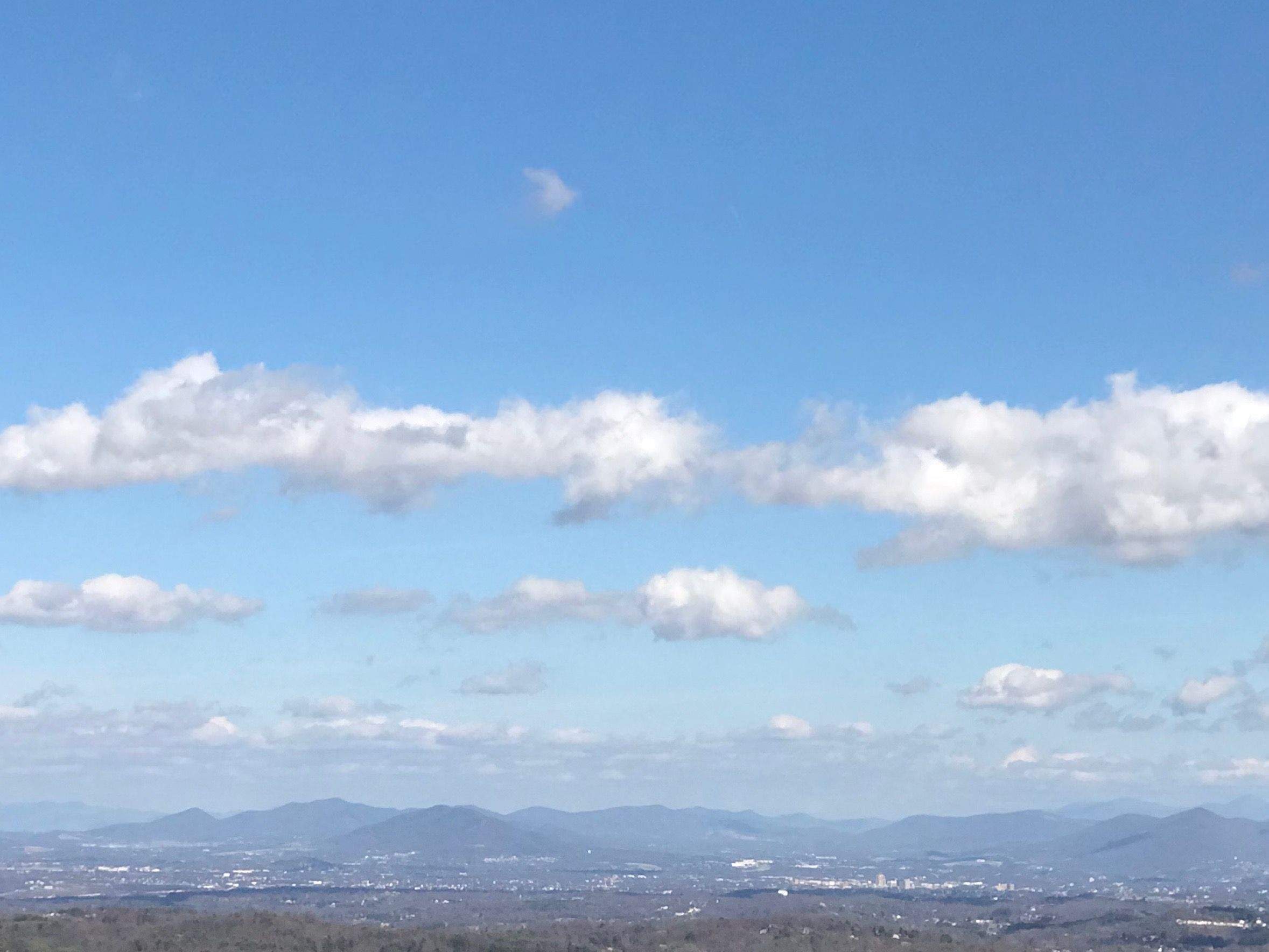 It occurred to me recently that I have quite a bit I'd like to share with the Steemit community besides just writing articles. It is a hobby of mine to capture time-lapses of cloud movement and development. While I don't have a phenomenal camera to do so, my iPhone does a great job accomplishing this task. I attempted to post this video on d.tube, but for some reason I was having technical difficulties with uploading a snap. If anyone can assist me with this issue, it would be greatly appreciated (@terrylovejoy). In the meantime, I'll simply upload the video on Youtube as a workaround. Now that I have your attention, this would be a great time to give you a brief explanation as to why these clouds form.

[Video Source] This time-lapse was shot by the author of this article. @keephy

What you're viewing in the time-lapse above is the formation of cumulus clouds. While there are a wide variety of clouds (stratus, cirrus, nimbostratus, etc.), it is the cumulus cloud that most people recognize. You'll often see them in epic cinematographic shots (i.e. movies) and in anime such as Dragon Ball Z (Goku's 'Flying Nimbus'). Their appearance is generally described as being "fluffy" or "cotton-like." Personally, they've always reminded me of the dumplings you'd see in a chicken and dumpling soup. Though, that's probably just the chef in me coming out. Deriving from the latin word cumulo, which means heap or pile, cumulus clouds are typically the precursor to other types of clouds (e.g. cumulonimbus) depending on multiple weather factors such as instability, temperature gradient and moisture. In the case of the time-lapse above, these cumulus clouds are forming due to warmer moist air moving up and over a ridge line (the ridge line is behind the direction the video is shot), where it cools drastically. This cooler and dryer air then drops into the valley on the other side. As this cooler air begins to expand due to a rise in temperature, the relative humidity (RH) begins to rise. As a result, cloud formation occurs! This process is often observed in rain shadows, which I've written about in a prior post. It should be noted rain shadow developments often occur on a much larger scale, but the science behind them can be applied to this event. Furthermore, more often than not, cumulus clouds form from atmospheric convection, so this is a special case. 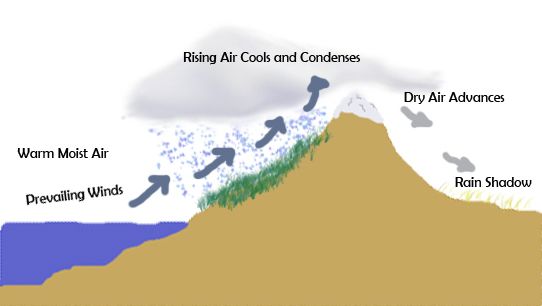 These clouds not only look cool, but they literally help cool the regions they float over by reflecting incoming solar radiation. Generally speaking, they produce very little to no precipitation, but as I mentioned earlier, this all depends on environmental circumstances. They can be formed from water vapor, supercooled water droplets or ice crystals, which depends largely on the ambient temperature of the region during their development. From personal experience, I usually viewed these clouds in the tropical or sub-tropical regions of the United States. Very rarely did I see these form in arid climates. The arrow represents the direction the video was shot. Note the ridge line in contrast to the direction of the video recording and cloud movement with the video above. I hope this helps! [Image Source]

Maybe it's just me, but I find clouds to be absolutely fascinating. It could be the fact that where I grew up in Florida, clouds were often referred to as the "Florida mountains." This is because the state is insanely flat, so there was nothing to see over the horizon except the common cumulonimbus (thunderhead), which means "heaped rainstorm." Anyway, I hope you found this post to be interesting and informative. As the weather continues to heat up, I'll be given more opportunities to record videos of cloud formation in motion. It's my hope that I'll be able to record a gnarly thunderhead in action this spring or summer.

science steemstem photography geography steemiteducation
2년 전 by keephy56
$41.45
123 votes
댓글 남기기 5
Authors get paid when people like you upvote their post.If you enjoyed what you read here, create your account today and start earning FREE STEEM!
STEEMKR.COM IS SPONSORED BY

Being A SteemStem Member
$0.79
1 vote
댓글 남기기
[-]
geopolis54  ·  2년 전
Your post has been personally reviewed and was considered to be a well written article.
You received a 80.0% upvote since you are a member of geopolis and wrote in the category of "geography".
To read more about us and what we do, click here.
https://steemit.com/geopolis/@geopolis/geopolis-the-community-for-global-sciences-update-4
If you do not want us to upvote and comment on your posts concerning earth and earth sciences, please reply stop to this comment and we will no longer bother you with our love ❤️
$0.50
2 votes
댓글 남기기
[-]
kellycomatose41  ·  2년 전

Hey there! I wasn't sure if that was really you or not. I just saw a post of yours where @mattclarke did a background check. Welcome to Steemit and thank you for the follow! I followed you back as well.I'll be posting similar videos in the future. I also saw you were in Austin recently. I lived there for about 7 years. Loved Spiderhouse Cafe. Cheers!