What is Quantum Weirdness?

The idea of 'Quantum' Technologies is incredibly prevalent in our society today and most technologies just use the word 'Quantum' to add flare and not because they actually use anything relevant in the world of Quantum physics. So what is the 'weirdness' of Quantum physics, and why and how do the laws of classical physics break down at the atomic level? 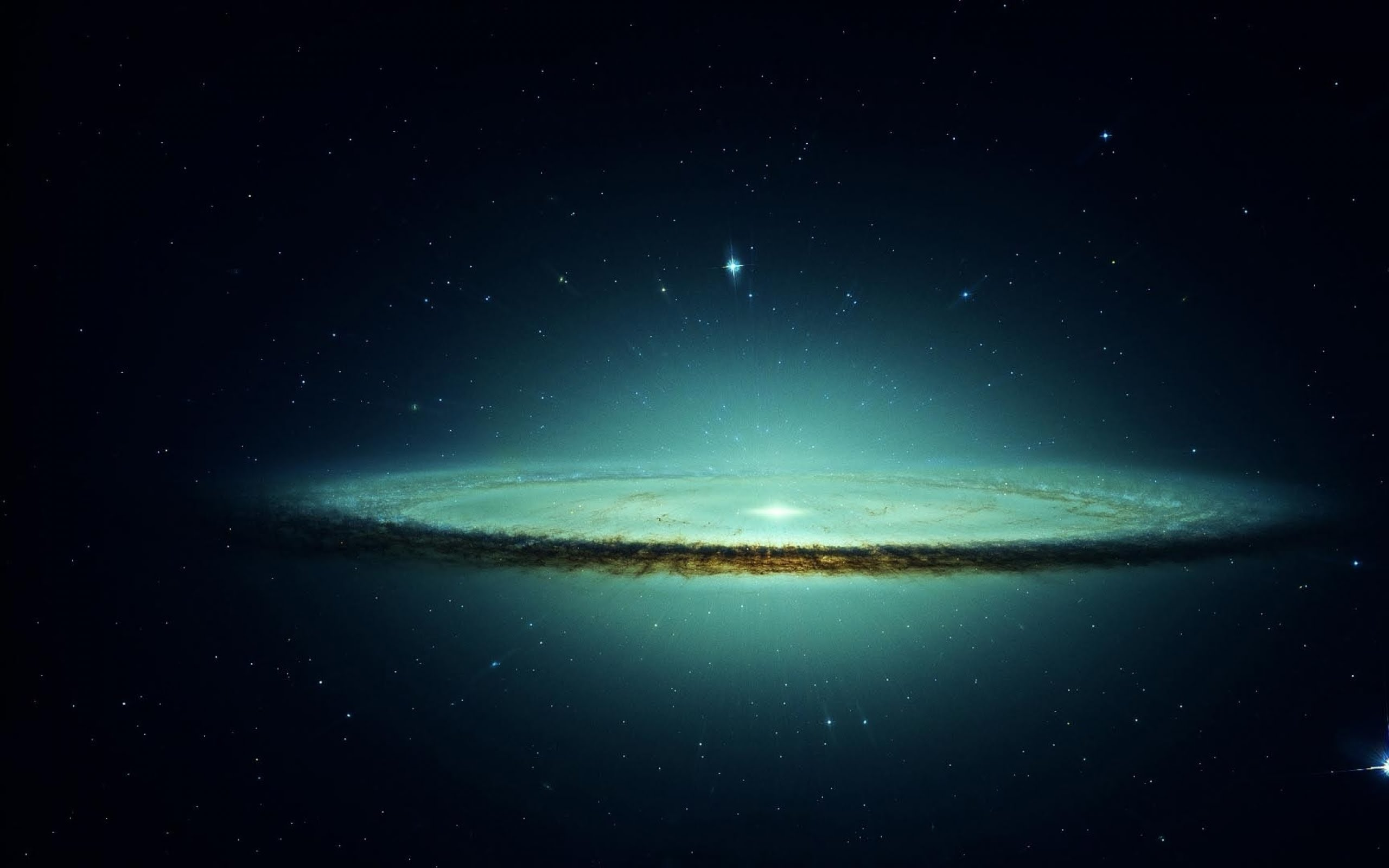 Well in this article I will be explaining a short summary of Quantum mechanics at the superficial level such that you will be able to discern between which technologies are truly 'Quantum' and which are not, and also to develop a stronger understanding of what we truly mean when we talk about Quantum mechanics.

In Classical mechanics, to classify the path of an object we typically use Newton's force laws or Lagrangian mechanics (with Euler-Lagrange equation), it is a quantifiable solution with exact results (what I mean is that if a ball/particle has a certain speed and direction we can find it's exact path), unfortunately this is NOT the case with Quantum mechanics and depends on the measurement of the system, to explain this I have to discuss the famous Double-Slit Experiment and how the measurement of the system changes the nature of the system itself which is one of the strange things about quantum physics.

So I discussed before that one of the 'postulates' of quantum mechanics is that a measurement on a system actually changes the system itself, this is all to do with the fact that light and observation comes from photons and that it is impossible to measure things at a quantum level (measuring electrons, photons, atoms, etc) without changing the physical nature of the system itself.

Here we set up a hypothetical experiment to show this (and this experiment has been performed many times), we have an electron gun, firing electrons through a double slit onto a screen/backstop, and we use a detector at x (or we can even have multiple detectors lining the entire screen) that will 'click' whenever an electron is detected. This system is shown below: Okay so now we switch back to the electron gun and see how this compares:

When using the electron gun, we have no way to observe the actual electrons (as they are incredibly small and we have no measurement apparatus initially), and we find that the distribution of electrons on the screen resembles (c). This is pretty weird right? Well this height in (c) is not given by just the 'probability amplitude sum' but rather the square of this, that is to say P12 = |P1 +P2|^2.

So what happens if we measure the electrons?

Okay so that is the double-slit experiment, which tells us that if a measurement is performed, the wave function “collapses” to a new state in which the wave function is localized precisely on the observed distribution (as opposed to being in a superposition of many different possibilities) so what does this 'mean'? Well I'll get to that shortly

Many of you will probably think of "Walter White" From Breaking Bad, but his name comes from incredibly prominent German physicist Werner Heisenberg who made massive contributions to Quantum physics and helped with the development of the Atomic bomb in WWII. 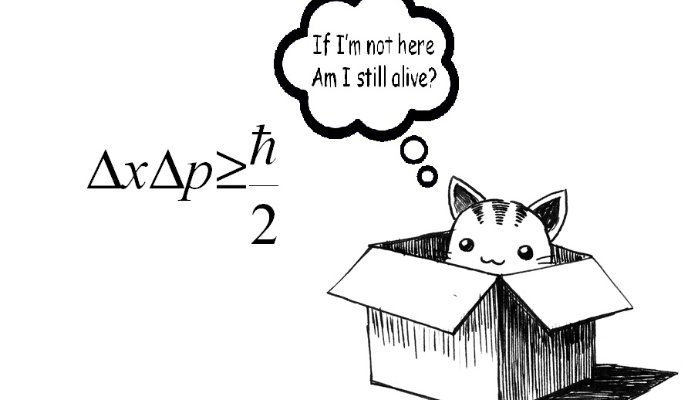 Nevertheless we will be discussing his 'Uncertainty Principle', in which essentially states that the precision to which you can measure the position of a particle is inverse to the precision to which you can measure it's momentum, that is to say that the more precise you get at knowing a particle's position in space, the less precise you can be about it's momentum, which essentially means you cannot expressly give an incredibly precise result for both the position and momentum of a particle as one of them will be wrong, but until we have determined one or another they are in a 'super position of states', that is to say they occupy all of momentum-space until observed, which is pretty weird to think about right? A particle is 'Everywhere until observed to be somewhere'? Well this is analogue to Schrodinger's cat (which I'm sure you have all heard of)

For those of you who don't know the basic premise is that you have a cat in a closed off room with a volatile container of poison to which it is uncertain as to when it 'go off' and kill the cat. With this in mind, because the room is sealed there is no way to actually determine whether or not the cat is 'Dead' until you have seen that it is 'dead' or until you have Observed it. This means that the Cat is in a 'Superposition' of states that is to say that it is BOTH Alive and Dead at the same time, until an observation has been made.

So I'm sure many of you have read on 'optimistic' news blogs that "Entanglement is the way of teleportation and is the future of quantum.. blah blah...", however you must understand how Entanglement actually works first; Entanglement happens when two particles occupy the same 'quantum state', that is that these particles are characterized by the same 'Eigenstate' which means that one particle cannot be characterized without the other, so what does this mean?

This means that if I have two particles (A & B), and two observers (say Bob and Alice), lets say these particles are at opposite poles of the universe and are entangled, now lets say that A = 1 when B = 0 and B = 1 when A = 0 (This is a simple Eigenstate). Now lets say that Alice observes particle A and finds that A = 1, this means that we can say with certainty that B must be 0 and Bob will observe B as 0 (And visa versa for A =0, B=1). Essentially this means that we can 'force' the state of distant particles into states based on the total system, or that we can 'influence one particle at one end of the universe using a particle at the opposite end' so long as they are entangled. Entanglement is Incredibly useful for Quantum Computing, however we are still a VERY, VERY, VERY, VERY long way off using it Microscopically (aka for 'Teleporting') and there is massive doubts as to whether teleportation via entanglement will even be possible due to the complicated nature of particle interactions at the macroscopic level. I think it's safe to say we will have a machine that can make a map of your entire body and brain, deconstruct it and reconstruct it at a different location faster than we would have 'Macroscopic Quantum Entanglement Teleportation'.

Anyway, this is just a small little insight into the Quantum Mechanics, and should be used in order to allow you to understand and determine, superficially what is 'Real' Quantum Tech, and 'Fake' Quantum Tech. Little is still known in terms of Quantum mechanics, and only a few systems have been properly solved (like the harmonic oscillator, constrained particle in a box, free particle), in fact one of physics' biggest unsolved problems is the 'Interpretation of Quantum Mechanics', so hey if you've got some time to spare why not give it a crack?

I hope you guys enjoyed reading, let me know in the comments if you enjoyed this 'lil bit of Science'

science technology education physics quantum
3년 전 by locikll55
$45.01
46 votes
댓글 남기기 6
Authors get paid when people like you upvote their post.If you enjoyed what you read here, create your account today and start earning FREE STEEM!
STEEMKR.COM IS SPONSORED BY

I find the 'Double-Slit Experiment' to be very weird, and it makes me wonder if we really understand everything going on with the methods of observation, like maybe it isn't the act of observing it that has any effect but the way in which we do it, and our normal perceptions just make it seem like observation doesn't directly impact any normal thing when it actually does. For example if the act of capturing the light in a photograph has some impact on the things emitting the light, not because there is an observation but because it acts as some kind of vacuum effect. I think there was some Native-American thing where they were against photography because they decided it's taking a part of your soul, maybe they're closer to the truth than people think? :)

The problem is that there is (currently) and I'm not sure possible at all, no way to observe anything without the presence of photons / the 'thing occurring' affecting something else and therefore it wouldn't seem possible to observe something without changing the system itself. It's not so much that the camera 'affects the object' its that in order to see the object through the camera there must be photons (or light if you will) as a camera, our eyes, cannot work without photons. Now you might ask, well maybe we can improve this by observing the effect rather than observing the system and in this case we get the superposition of all possible states which corresponds to (c).

But yeah it's all pretty interesting (and yeah those Native-Americans are definitely right, your photons get captured by that camera [but probably less than by being seen by other people]), hopefully some new people come along and make some pretty big discoveries, the biggest one currently is being either able to combine quantum mechanics and special relativity, or explaining gravity in quantum mechanics.

I'm keeping this page open for after dinner. I'm loving science posts right now. I need to give it the time it deserves!

Thanks mate :) I hope you enjoyed it

Entanglement baffles me the most. You have basically summarized 1 year of studying Quantum Physics at University - in 1 post! Love it :)