10 strange thibgs found on our planet

Even though archaeologists and scientists are constantly working on finding more about our planet and species, there is a lot about the history of Earth that we are still not aware of. Many believe that there were countless civilizations before us, and that history is much more complex than we think. And who know – maybe they’re right. One thing’s for certain, there sure are some strange things that have been found on our planet that even the most brilliant minds can’t make sense of.

Discovered back in 1972 in the African country of Gabon, this two billion-year-old nuclear reactor still puzzles the mind of scientists all over the world. What’s really strange is that we don’t know of any other nuclear reactors developing on Earth. The current explanation for this phenomenon is that a uranium deposit underwent nuclear fission and formed the natural nuclear reactor. It is estimated that the self-sustaining nuclear fission reactions actually ran for as much as a few hundred thousand years and were able to produce a lot of energy.

A hiker named John J. Williams was hiking one day in 1998, when all of a sudden he saw a weird-looking rock in the dirt. He decided to clean it up, upon which he saw a strange electrical component resembling an electrical plug attached to it. As soon as news spread about this discovery, UFO enthusiasts started coming up with numerous theories as to what this could be. The strangest thing about the Williams Enigmalith is that it looks like the rock formed around the electrical component, even though the stone is more than 100,000 years old. However, we still don’t know what’s inside because John Williams refuses to break it.

Russian Geologists firmly believe that these strange 14 million-year-old vehicle tracks found in Turkey were created by an intelligent race, although we currently have no clue what civilizations these vehicles belonged to or what they even looked like. A lot of scientists believe that we are far from the first society to rule our planet and that there is a lot about the past that we don’t know. In fact, many experts think that these ancient vehicle tracks actually prove the existence of intelligent civilizations before us.

The Betz family discovered a very strange artifact back in 1974. What at first looked like a regular smooth stainless steel sphere with a triangle symbol on it turned out to be everything but normal. The family decided to bring the sphere home as a souvenir after finding it, only to witness it reacting to music just two weeks later. Not only that, but when they would push it, the orb almost always changed directions and returned back to the person that pushed it. This attracted a lot of newspapers and scientists, all wanting to see the magic properties of the sphere. And countless people witnessed these tricks a number of times, but when the Navy tried analyzing it, they concluded that it was nothing more than a high-quality stainless steel sphere.

Towards the end of 2012, a meteorite fell in Sri Lanka, but was much different than what the people were used to finding. Instead of being just another space rock, it was actually an alien artifact, meaning that it was made out of extraterrestrial life. A researcher named Chandra Wickramasinghe noted that the meteorite contains algae and fossils of an alien origin. Chandra believes that this artifact serves as proof that life throughout the Universe is spread by meteorites.

The Underground City of Derinkuyu

If you ever find yourself in Turkey, make sure you visit the underground city of Derinkuyu. Although only half of it is currently accessible to tourists, you will see something truly weird. Even though it was discovered in back 1963, no one still knows exactly why or how this city was built. Some believe that it was built to protect people from war or climate change, while others suggest that the purpose of Derinkuyu was something far greater.

The weird stone head was found in the Guatemalan jungle by explorers back in the 1930s. What was strange is that the face didn’t seem to resemble any of the people that were living on the lands, and didn’t even match how the Mayans were usually portrayed. In fact, it didn’t seem to resemble representative of any civilizations known to historians. Unfortunately, revolutionary troops used this head as target practice back in the day, and destroyed it almost entirely, so we may never find out the story behind this mysterious stone head.

The Gate of the Sun

The Gate of the Sun is located near Lake Titicaca, Bolivia. It is three meters tall and four meters wide, and was constructed from one, single piece of stone. It is estimated that the weight of this stone arch is around 10 tons. Although no one is sure what it represents, some believe that it was the gateway to a huge empire that was once situated in Bolivia.

In 2013, a Russian man made a huge discovery. Namely, he managed to get his hand on an object that resembles a piece of tooth wheel. He managed to find it in a piece of coal that he used to light a fire. The man quickly became curious and wanted to know what he discovered, so he gave the artifact to some scientists. Once the tests came back, the scientists saw that they were dealing with a very mysterious object. Namely, it was concluded that the object was almost certainly artificially made and that it consists of almost pure aluminum. However, the shocking part was that it was 300 million years old. Considering that pure aluminum can’t form naturally, and we didn’t figure out how to make it until the first half of the 19th century, we have no idea what the object represents. Scientists are currently doing more tests in an attempt to learn more about this mysterious artifact. 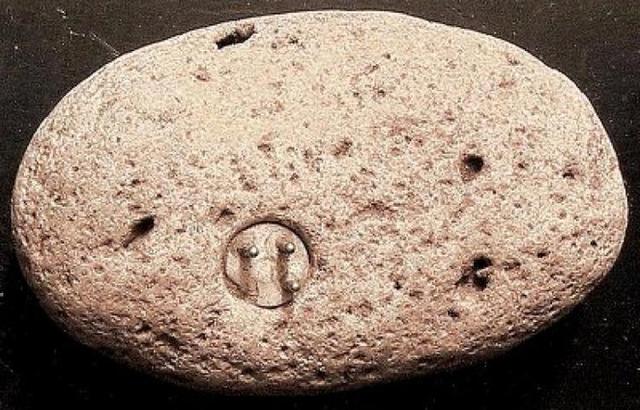 science sten nigeria life earth
3년 전 by nej28
$0.12
9 votes
댓글 남기기 3
Authors get paid when people like you upvote their post.If you enjoyed what you read here, create your account today and start earning FREE STEEM!
STEEMKR.COM IS SPONSORED BY

Graham Hancock writes a lot about this field. History is BS :)
Peace.

Congratulations @nej! You have completed some achievement on Steemit and have been rewarded with new badge(s) :