Will New Battery-less Cellphones Take Back Power from Energy Corporations - Just like Cryptocurrencies do with Banks?

New technology announced by Washington University allows cellphones to be operated without a battery! The system uses a novel method of 'harvesting' power from ambient sound and light vibrations picked up by the phone's speaker system. The device connects to a base station that then makes the call using existing Internet Telephony systems such as Skype. This appears to be one of the first of the next generation of devices that are released from reliance on electrical grid infrastructure - meaning they can be much lighter/smaller and potentially pose less of a health risk too.

The first prototype is demonstrated in the video below:

A new wave of social evolution?

Just as cryptocurrencies wrestle power away from centralised banking groups and services like Steemit do the same for social networks - This new technology begins a process of doing similar for electrical devices as we break from from archaic, controlled electricity grids.

This new technology is a few steps away from the wireless and limitless energy that was promised by Nikola Tesla over 100 years ago - before he was bought out and silenced by some of the same families who continue to warp 'science' and hold humanity back. However, all creativity begins with imagination and once our collective imagination opens to the reality of using the limitless and free ocean of vibrational energy of which we are all a part - it is only a matter of time before we make a shift towards ever increasing ingenuity that makes ever more use of our birth right of free energy. :)

science technology cryptocurrency steemit creativity
3년 전 by ura-soul75
$27.42
30 votes
댓글 남기기 37
Authors get paid when people like you upvote their post.If you enjoyed what you read here, create your account today and start earning FREE STEEM!
STEEMKR.COM IS SPONSORED BY

Thats crazy, wish they can get that into phones within 10 years :)

I think it will be available quicker than that - we are experiencing a rapid acceleration in many ways now.

I am so over my phone right now, it's over 2 yrs old but the battery is shit now. It's about time we get access to wireless energy. There are patents on it people look it up!

Yes, wireless energy should clearly have been the norm by now!

existing cellphone technology uses the many cellphone towers that dot and pollute our landscape. it would not be a big deal, i imagine, to have the new phones using these existing (or similar) towers. I actually see no reason why we couldn't combine wind turbines and solar panels with cellphone towers, but i've never seen that yet.

Well, if the cars will soon go without a battery - then the phones for sure! :)

hahahahahhaaha @ura-soul It true,but let cross our fingers across and watch. nothing us impossible, Land lines can testify what cell phone did to them.

That is very cool new technology. I've got my shower running on solar. I need golf cart batteries to upgrade my system. Kinda pricey.

the tesla batteries might be a good option if you can get a good price for them - i don't know the prices where you though.

If this is true... and if this technology can scale then this is AWESOME!

And here is another interesting article about it on wired:
https://www.wired.com/story/this-cell-phone-can-make-calls-even-without-a-battery

A large touchscreen would require around 400 milliwatts—over one hundred thousand times as much as power as Talla's phone currently needs.

So this technology has still to get waaay more efficient!

vibration is the key to everything!

It doesn't have a 5 inch LED screen to watch youtube 😉

you just have to shout loudly to get more electricity :)

Or stand in middle of a riot 😂

perfect! just hang out in the general shareholder meeting of major electricity companies :)

"I like the idea of harvesting power from "source energy" Ie: radiation, solar, sound, movement. ect...... I am all for innovation but lets not forget what makes cryptocurrency so strong is the fact that it is decentralized however this "battery-less" cellphone is very much codependant on a central hub so it is a compromise to our privacy and safety. I say why not use the same or similar harvesting technology and build a p2p system that runs on encrypted channels that have unique keys governed by solar radiation so theres no way of ever obtaining original keys as they are generated randomly by gamma radiation."
"Renaissance"

The important point for me here is energy independence - in any way that it can be achieved ;)

I a am with you on energy independence but not "in any way" I would never give up privacy and hope that you would not promote giving up privacy either,
I believe you have positive intentions which is why I am informing you any rational man would at the very least check what I am saying trough different sources. we are in a time where people are being dumbed down and fed halve-truth diluted information, when someone tells me something that I was not aware of I check hundreds of sources including but not limited to the source modus operandi the vested interest and who benefits from the academic information after exhaustive research and if possible run experiments and test for myself I come up with an unbiased true answer and thank the party that led me on the inquiry.

I am not aware of any way that energy independence can be achieved that costs privacy - though I am thinking more from a physics perspective, than from an unlimited imagination perspective where every possible parallel reality already exists within an infinite potential! ;)

I commend your commitment to truth!

Revolutionary that a real game changer. Not sure how much radiation it will pump around though, will have to see!

if it lowers radiation levels that would be a super bonus!

For sure, we'll have to wait and see. Not sure that it would though as radiation comes from the signal, from what I understand. We can always hope though :)

You could quote the source where you got this content from.
https://www.washington.edu/news/2017/07/05/first-battery-free-cell-phone-makes-calls-by-harvesting-ambient-power/

All text in my post is my own and the media comes from the University in question.

Upvoted. And I Love your Footer Icon BTW. 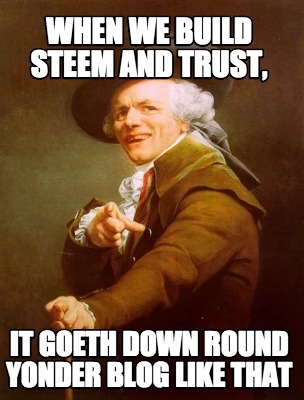 Hmm.. Maybe the first vegan whale! I shalthst hurry, i fear we are on borrowed tyme! :)
I hathst followed ye, my good man! lol

You received a 3.00 Upvote from @worldclassplayer