Day 6. It has been fun, but I'd be lying if I pretended this challenge has not turned into drudgery. When it's over, I'm going to celebrate by having a beer and NOT writing a post.

Today's beer is Lake Effect IPA. If you live in Michigan, Western New York, Northern Ohio, Northern Pennsylvania, or Southern Ontario then no explanation is required. For everyone else, read on. "Lake Effect" snow occurs when a cold air mass moves across a large body of relatively warm fresh water, in this case, one of the Great Lakes. This produces large quantities of snow typically on the leeward (southeast) side of the Great Lakes. Often, this snowfall occurs with little warning and the amount of precipitation is difficult to predict. Great Lakes Brewery has seen fit to brew an IPA and name it after this phenomenon. 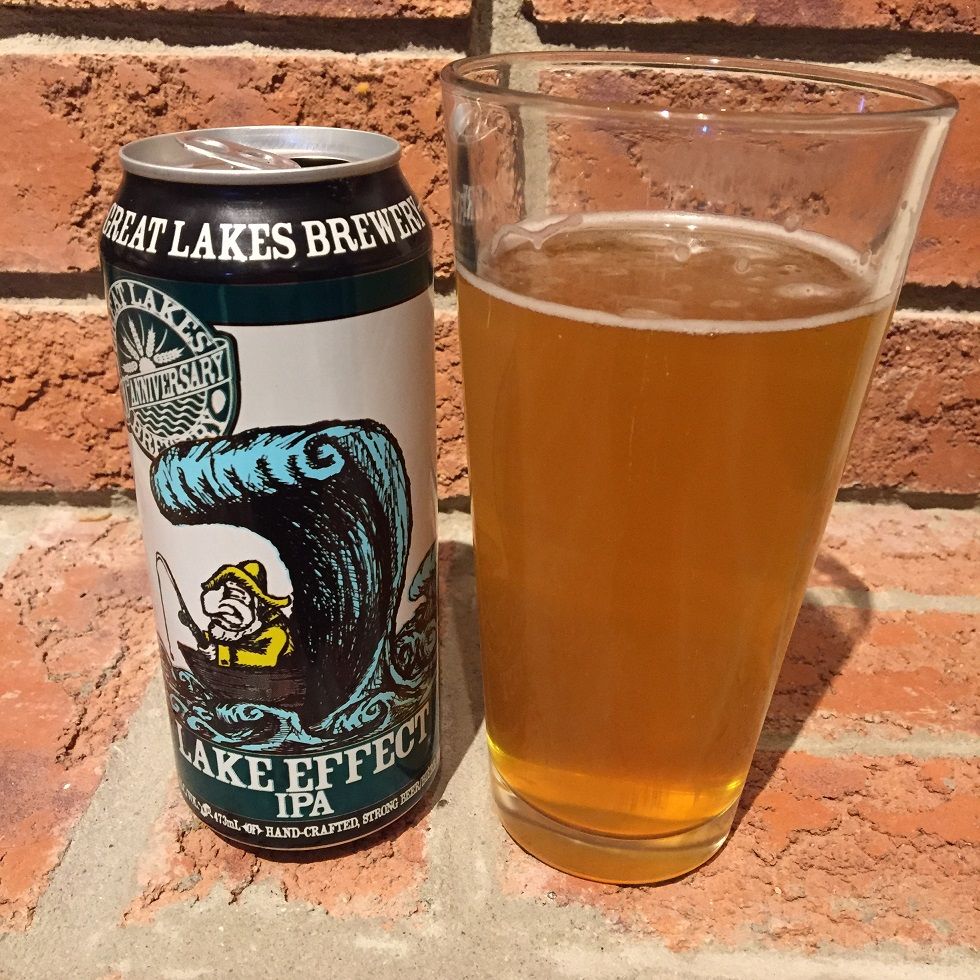 Dig the dude sitting in the boat on Lake Erie fishing. A huge wave is about to swamp him. Let's be clear ... this guy is an American. He's from Buffalo. Check out the honker on him. Everyone from Buffalo looks like that. At least he's got a raincoat on.

What does this have to do with beer? Nothing, but it's great filler when you're tired and wishing the Seven Day Beer Challenge was over.

(BTW, as a person from Southern Ontario, I am obliged to take jabs at Buffalonians and Americans in general. It's all in fun. Don't be offended. Take it in the spirit intended. Then hit me hard in the comments.) 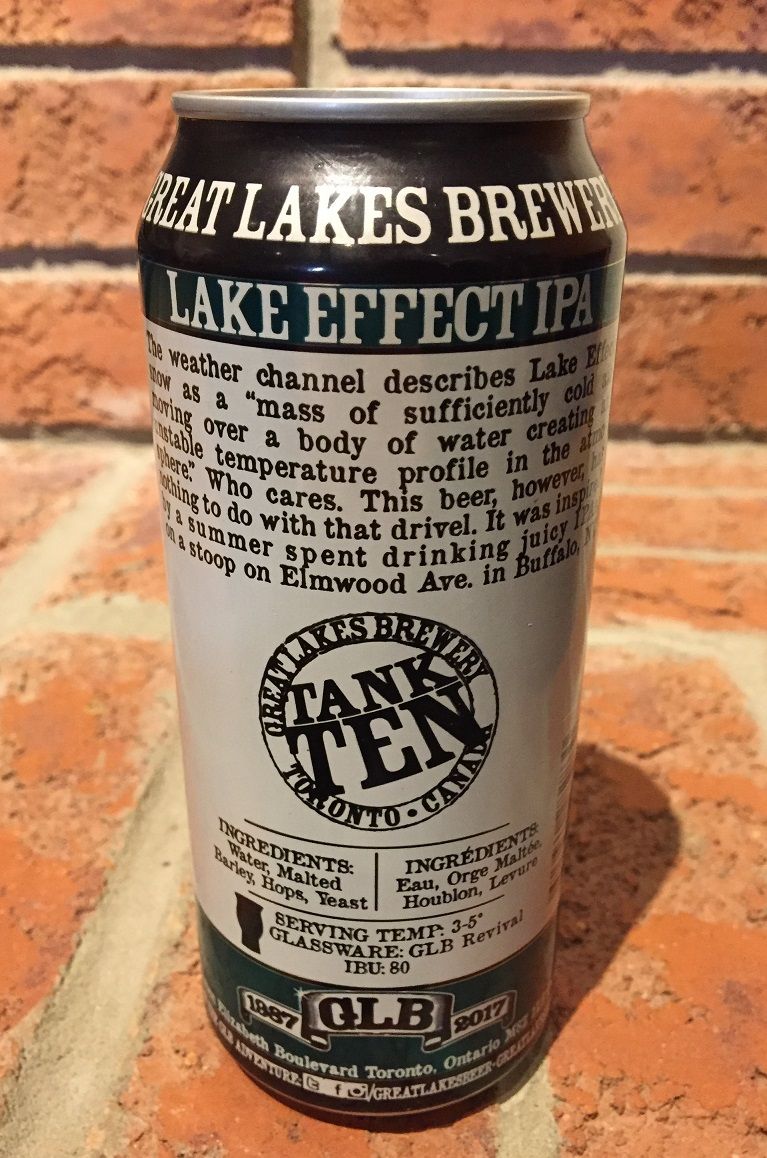 The weather channel describes Lake Effect Snow as a "mass of sufficiently cold air moving over a body of water creating an unstable temperature profile in the atmosphere." Who cares. This beer, however, has nothing to do with that drivel. It was inspired by a summer spent drinking juicy IPAs on a stoop on Elmwood Ave. in Buffalo NY."

So there you have it.

That's Buffalo talk. Don't even try to make sense of it.

This beer is sold in sissy-sized American pint cans (473 ml). Don't get me started. Read my previous posts for mini-rants on this subject.

Lake Effect IPA has an IBU value of 80 (wow!) and ABV of 7% (wow!). I like bitter beer, but generally do not like ABV above 5%. However, somehow this combination works. I kidd you not ... this is one good beer. I will definitely buy it again.

PS. I'll be very disappointed if I don't get some heated comments from offended Buffalonians. Bring it.

Thank You @trumpman for starting this challenge. You da man!

Thank You @churchboy for nominating me. I want to go to your church!

My Day 6 nominee for this challenge is @aggroed. I don't know much about @aggroed except that he is one of the witnesses I have semi-randomly chosen to vote for. I choose to believe he loves beer. I like his style.

Seriously, check out the above link. Their beer lineup is fantastic. You'll be entertained -- trust me.

(Note: The thumbnail for this post was gleaned from the above site. Hopefully, that is acceptable for a review-type post such as this.)

sevendaybeerchallenge beer buffalo greatlakes alcohol
2년 전 by opaulo59
$14.24
117 votes
댓글 남기기 7
Authors get paid when people like you upvote their post.If you enjoyed what you read here, create your account today and start earning FREE STEEM!
STEEMKR.COM IS SPONSORED BY

Sissy-sized? Really? I thought your beers are usually 350ml in size? Well, I guess you'd be impressed with our 600 ml beers. :)

Haha, yes, you are right. Guilty as charged -- usually, our bottles are around 350 ml. The solution is to drink two. 600 ml is the correct size for a beer (Beau's Lug-Tread, for example). Most of our cans are 473 ml, which is the sissy-sized American pint.

Don't get me started on American beer/water. 😂

I guess Germany is the bomb when it comes to beer!

Nice one @opaulo I'm gonna send in my entry

I upvoted your contribution because to my mind your post is at least 29 SBD worth and should receive 119 votes. It's now up to the lovely Steemit community to make this come true.

Quite a strong beer there. I have a taste for bitter things and I might try one of these IPAs.