The conclusion of Game week 24 brought frustration in most of the FPL managers. The most owned Liverpool forwards in FPL are Salah and Firmino who had ownership of 54% and 40% respectively before going to South Wales against Swansea. Salah and Firmino were the top 5 most captained players in FPL for Gameweek 24. Around 14% fpl manager trusted Salah with the armband. Above all, 19 of top 100 managers opted Salah as captain.

Liverpool failed to score against Swansea although they dominated the entire game. Mawson scored the winner for the home team at 30th minutes. The host had just around 25% possession, but they were able to hold the Liverpool attack with the disciplined defending. 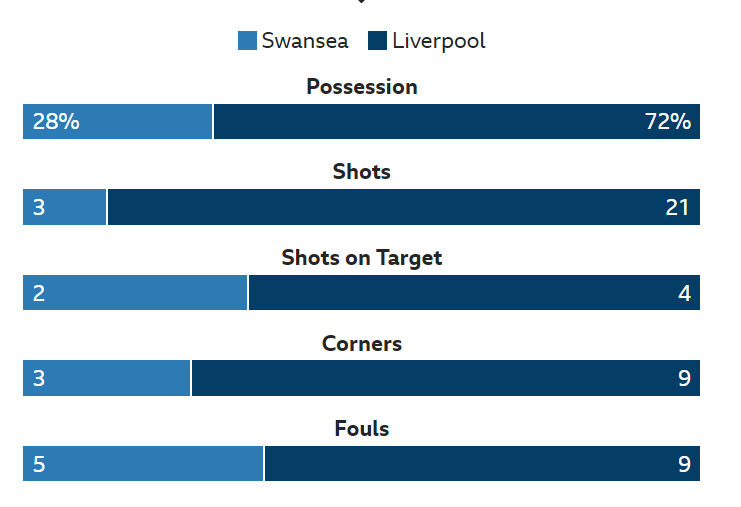 With a solid performance against the Manchester City, many fpl managers opted Liverpool forwards against Swansea. In terms of transfers in, both Firmino (275,000) and Salah (233,000) were the most transferred player. FPL manager didn’t prosper by the Liverpool forward against Swansea. With the conclusion of GW 24, the average fpl score is 43 which is not that high considering big scores from Aguero and Hazard early this Saturday.

sfpl fpl epl fantasy
4년 전 by lawlees66
$0.04
4 votes
댓글 남기기 0
Authors get paid when people like you upvote their post.If you enjoyed what you read here, create your account today and start earning FREE STEEM!
STEEMKR.COM IS SPONSORED BY