An Open Letter to the United States of Guns An Open Letter to the United States of Guns

A broken father, with tears streaming down his face
“I sent my daughter to school, she was supposed to be safe”
But on the open fields of Douglas High, we see
Bleeding candles and the empty, fearful eyes of
Students. Teachers. Parents. Friends.
Not knowing the answer to the question
“Will this ever end?”


We blame the legislation, blame the NRA
Hoping to make a change, not just for display
But then we see headlines like
“Trump protestors arrested on Mass Avenue”
Which makes us wonder–
Does Trump really know what mass shootings do?
They rip families apart, shatter the hearts of millions
Yet he still believes we should put guns in the the hands of civilians.


The Second Amendment, GOP’s pride
Repeating, the same old rhetoric, with zero respite–
“Guns don't kill people; people do”
But guns make it easier for the people who do.
Don’t you think it’s funny how
You can’t purchase Corona cans when you're 18 but
without much trouble, obtain an AR-15?


To all the politicians out there–save your tweets!
We don’t need your thoughts and prayers
We need policies and change instead.
So revise your gun laws, rewrite your history books
Before another school become the next Sandy Hook.

If this blog post has entertained or benefitted you in one way or another, please follow, upvote, resteem, reply and/or consider buying me a cup of tea.
BTC Wallet - 1B4xDRBYBb8UiFjo6zetXVNegtCUU2af2y
ETH Wallet - 0x84c53fD4CF07C2c183878C7d3261E903cb274765
NANO Wallet - xrb_3nt5ffyhbhgxkjz4aq5nucfnhiuzymr3x96ds3btb1abjyywceyztiucd7r6

shooting florida news poetry life
3년 전 by stevensteel47
$0.38
13 votes
댓글 남기기 16
Authors get paid when people like you upvote their post.If you enjoyed what you read here, create your account today and start earning FREE STEEM!
STEEMKR.COM IS SPONSORED BY

So this is a delicate one... hehe.
First of all I applaud ya for speaking your mind and doing so in a lyrical way with such a sensitive issue and I do respect your opinion on this. Gun ownership must be one of the hottest topics in the US still. Like you I was not born in the US but came as a guest, and I had endless nightlong discussions with my good friends from high school about guns vs. the prohibition of them.

Now, I see a few glaring issues here before we ever get to make a decision for everyone.

First of all, more guns do not equal more safety that is correct. Often times (if not most of the times) the wrong people are shot when guns are present in a home, by sheer accident.

That said, many American friends of mine believe that they ought to have the right to gun ownership for the sole purpose of defending against a tyrannical government. Which, from a logical standpoint is sound, because when push comes to shove it will be much harder to overcome resistance in the public if they are armed to the teeth and organized.

If Europe decided to send their private army (if you are not familiar search "operation gladio") to arrest people tomorrow we would be defenseless in the classical sense, because Europe has been drastically disarmed in the last century, and this is no coincidence. Owning guns in Germany is almost unheard of today, because we have been brainwashed to an incredible degree.... which would go too far here.

Suffice it to say that if one were to assume the government would ever take the obvious route of tyranny, guns would be essential to fight back. However I don't see the US government having to take that route at all.

The monetary powers exercised over a TV-steered nation are much more effective in tyranny than any direct confrontation would be, and the controllers (whoever they are) have learned that lesson thoroughly.

Many of my American friends cite the right to bear arms that is allegedly given through the second amendment of the US constitution. Which is not correct.

The text states that the "right to bear arms shall not be infringed upon", which is entirely different than giving people the right to bear arms. They have it. Nobody needs to give them this right, but we have been told that's the way things work and ought to be.

If this doesn't go far enough one might also look at the legal changes to the US constitution that took place more than 200 years ago. The constitution was swapped. What people refer to as the constitution is NOT what everybody thinks it is.

I gotta bite my tongue here a bit, but you are a smart man. Search youtube for "organic act of 1871" which is a good overview over what went down prior to all this modern debate about "rights" and "amendments". It's all hot air to cover the larger issue of the legal standing of the people who think they are living in a COUNTRY called the US, and need a government to give them any rights. Rights they had before anyone decided to give it to them.

As for Sandy Hook: There is good evidence that the shooting was manufactured to steer the public in a certain direction. The interviews of the "parents" involved do not pass the authenticity test for me at all, but everyone has got to decide that for themselves. We have also seen some of the family members appear in other shootings coincidentally. There are also many occult hints prior to the "shooting" that paint a much more sinister picture, if one is able to catch and identify these hints.

While as a European I can totally understand where you are coming from (I used to see it exactly the same way), witnessing how badly people have been conditioned in the most sinister way there is a high probability that pushing the anti-gun or pro-gun narrative is missing the core of the issue entirely.

Hmm... I really don't want to say any more, because for one : I have no idea what the actual truth is here. And: it's a lot more effective to find these things out for oneself.

As for the evolution of guns: Sure the guns have become crazy and supersized, but so has the equipment of the military. If push came to shove, like the fiat system going down tomorrow, there will be real scarcity in the streets and while guns will make that situation all the more dangerous to everyone involved, they are pretty much the only thing Americans would have to fight back against orders of corruption that sends a loyal but ignorant military their way for alleged "crimes".

If one has a hard time imagining this I can mention the countless home raidings that occur on a daily basis with a 12 men squad of armed and armored state servants thinking they are protecting the "law" when all they are doing is proving their own narrowmindedness and betraying their fellow men. Every day.

I'm afraid there is no clear cut answer.
I am all for peace and nonviolent solutions. That said, I have learnt that we are living in this world, not the one we would like to live in. Meaning naiveté will not protect the people at all when the order is coming down. Only a military with a healthy sense for right and wrong could stop it then. Or at least - if they followed through with betrayal of their fellow men - they would have to go up against 320 mio armed people who stand in solidarity.

If I were a tyrannical government I would make sure the people are disarmed beforehand... just in case ;)

I see smirks, I see overthinking, I see inner reflection of his situation with a faint smile.
I don't buy it at all ;)

sorry, I shouldn't steer this further.
"Believe nothing but understand as much as you can" - only you can tell yourself what is true and what isn't. Nobody knows what's up on Earth. don't believe a word of what I'm saying. <3

"You can’t purchase Corona cans when you're 18 but
without much trouble, obtain an AR-15?"

Sums it all it in one sentence.

Anyway, I feel like we share a lot of similar interests and I would love to discuss more about them with you in the future! Therefore, I followed you - would love if we could connect on Steemit and support each other on this journey! You can also go to war at 18. WTF is the point in that? Feel free to commit murder under the cover of freedom but when you get home, no drinking and you can't own a hand gun. 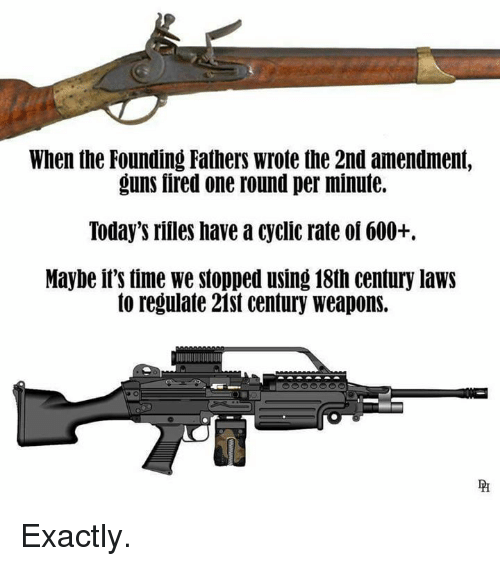 Precisely! Times have changed - so should the legislation!

I just dont understand the need to shoot 600+ rounds per minute. You just need one bullet only to kill something. ONE!

Exactly! And the problem here is that there are way too many ARs that are out there, which makes it so much harder for any form of legislation to work :(

Sure thing. I'll gladly hand over my "Assault" rifle. Just let me know when you have convinced every criminal to turn in theirs. Oh and we need to dump cars, beer and cigs, they kill even more people than a fire arm. We've got to start somewhere. Cars will soon be driven by robots, so no problems there and those who choose to poison themselves should be able to do so - just not on the governments dime for healthcare :P But from where I sit, I see a lot of criminals who end up shooting each other, but somehow the "legal" guns seem to be the ones ending up in the news, taking out innocent lives for reasons truly only known by the gunman? Does the false flag headline allude to a mentally ill teenager being operated by a bigger operation? conspiracy theory? Im not sure I quite understand.....wait, what did Trump do when we werent looking? HA. that was a joke. ill end this on a light note :)

Go look up Tyranny and ask the countries that were effected by it how they did in the end. Start with Germany. #getwoke

Do you really think your government will turn on you in the near future?