This morning I was kinda close to becoming lucid... I woke up like usual after 4 hours of sleep and then I performed the SSILD technique and later FILD before drifting off to sleep.

While I was sleeping, I wasn't vivid at all, and my dreams were again, like imagination. But, I woke up 2 hours before I usually wake up, feeling quite energetic.

I just laid there for a while and basically did SSILD again. This time, I actually saw some visuals. Nothing too much though, it was just some colors floating around.

Although, there was one even creepy visual. I wasn't really sure what it was, but I was basically opening my eyes, but very slowly, and I saw a shadow creature walk beside my legs.

I immediately closed my eyes, but the opened them up again, because I realized this can't be real. I did not see the creature again.

I handled it pretty well, because I wasn't scared of it or anything like that. I immediately just told myself it's only my imagination.

But, this is the strongest image my imagination has ever created. I mean, I was awake, but yet I saw some sort of hallucination. That never happens to me. This is the first time I see something that isn't suppose to be there.

I might have an idea why this was happening. Why I saw the shadow creature and why I kept seeing some colors when my eyes were closed.

Since I woke up 2 hours before my usual time, I probably woke up on the perfect REM cycle, where my brain can still throw some images at me while I'm awake.

That's why I wake up after 4 hours of sleep every single day. I try to target that REM cycle, but I might've been doing it wrong this whole time.

Because, I never see any colors or anything like that if I wake up after 4 hours of sleep. Maybe my REM cycle doesn't start yet, or it's not the right one.

I've read that there's like 3 to 4 REM cycles and the last one being the best to lucid dream. Not sure if the information is correct, because my brain can only remember so much.

Got Scared Of Vibrations

With that being said, I was almost certain that I will become lucid now, because I saw colors and I almost felt vibrations again.

When I performed the FILD method, I almost started feeling vibration, but then I got scared... WHAT? Why....

Because, It hasn't happened for a while now, I mean the vibration. When they happened almost every day, I simply got used to them and I was able to stay calm while this transition to the dream world happened.

Now, as it started happening, my body was shocked and my heart started beating faster. I tried to calm myself down, but it didn't matter anymore, because I was too awake and the vibrations wouldn't return.

Then, I tried to fall asleep, since nothing worked anymore, but I wasn't able to fall asleep! I laid there for like an hour before I dozed off, and even then I wasn't really sleeping.

It felt like sleeping and being awake at the same time. Like a vivid imagination, that's how it felt.

When Milk Is Not Enough

Although I didn't really dream much, I do remember one funny dream.

I was with a friend of mine. We were just hanging out outside and the we decided to go into his place.

The reason we went there.... TO DRINK MILK!

Yeah, that's what friends do nowadays. They meetup to get a glass of milk, because why not? Who needs anything else than milk...

Anyway, this was not over... The milk was not powerful enough! We demanded more! We demanded something stronger!

So, we went to the shop and bought some vodka. I instantly told him, "I don't think it's gonna end well, because milk and vodka are not friends with each other".

Then... It gets even more absurd. We decided to go to my place this time.

When we arrived, I just went to my bed and laid there. My friend was sitting besides my legs. There was someone else sleeping in another bed, but I'm not sure who it was.

And, we started drinking the vodka. Yeah, I was just chilling out in my bed drinking vodka with my friend, who was sitting besides my feet. Awesome dream!

Surprisingly, the vodka tasted somewhat good. For some odd reason, we started drinking it very quickly. I told my friend we shouldn't drink it that fast, but he didn't want to stop...

No no no, he wasn't ready to stop now. He wanted to finish the whole bottle as fast as possible. Luckily, I woke up moments later!

Who knows what would've happened if I kept on drinking with him...

There was one good thing about this dream. This particular vodka was the tastiest vodka I've ever had, LOL. And I never had a tasty vodka. They all taste like death.

I never usually did this before, but it's a great way to get even more immersed into the dream world. I don't necessarily believe the interpretations.

I wonder what does it mean to drink milk in a dream? Here's what I've found:

To dream of milk represents choices that you know are good for you and make you stronger. Choosing to self-improve or do the right thing in order to fix a problem. Feeling good experiencing improvement occurring. The choice to fix a problem that has been presented to you in waking life. Balancing or purification of some problematic area of your life. (Source)

This is quite accurate. I always choose self-improvement and I'm trying to be the best version of myself every day. I feel really good when I experience improvement.

So, I guess I'm making the right choices that make me stronger.

Okay, I wonder what does vodka in a dream mean? Here's what I've found:

To dream of whiskey, gin, vodka, rum (Bacardi) or other spirits generally means things are going to be content for some time. [(Source)](https://www.auntyflo.com/dream-dictionary/alcohol

Not sure what does it mean by "things are going to be content". Does it mean I'm going to have enough of something or what? English is not my first language, so I'm having a hard time understanding this, LOL.

Anyway, alcohol related dreams do not have very positive interpretations mostly. I've found this one in particular to be very very negative:

I was surprised by the negativity, LOL. I mean, that's one way to make your readers depressed.

Like I always say, I don't necessarily believe the interpretations. I actually always choose not to believe them if they are negative.

I believe that dreams are often just dreams. They have no particular meaning majority of the time, they are just reflections of your thoughts, actions, memories and so on.

Vodka might be a bad dream sign, but you could dream about vodka just because you like vodka, or hate it... What I'm trying to say is, dreams or dream signs shouldn't be the reason why you have negative experiences in your life.

That's why I only choose to believe positive interpretations. Because that can effect my life positively. Something as simple as belief can impact your life very strongly.

A lot of the times, our fears become a reality. We attract what we fear, because we strongly believe in it. People tend to spend most of their times thinking about their fears and other negative things.

That's why most people are unhappy. I Will Be Doing This Every Day!

The main reason I want to start lucid dreaming, is for self improvement.

I've been reading a lot about it and studies have shown that you can actually improve certain abilities by doing it in your dreams.

For example, if you wan't to learn a foreign language, you can practice it in your dreams. Since you're working with your subconscious mind while you're sleeping, you might find out that you know words that you were never aware of while conscious.

It's really all up to your creativity to what you wanna learn and improve upon in your dreams. Is it basketball that you want to become better at? You can do that!

Do you want to become a better fucker? Nobody is holding you back! Just make a nasty slut appear in front of you and do whatever you want with her!

Apparently while sleeping, the neural pathways engaged in the activity are strengthened, and not only imagined or visualized.

To achieve lucid dreaming, a lot of action has to be taken. Well... Some find it really easy to lucid dream, but most have to achieve it the hard way.

It's really important to think about lucid dreaming throughout the day. This way you're telling your subconscious mind that this is what you're focusing on and what you want, thus it gives you the access to control the dream world.

There are quite a few things I will be doing in order to achieve this goal!

Tracking All My Progress!

So, like I've mentioned before, I will be tracking all my progress and I'll be posting about it every day here on Steemit.

Also, after I achieve lucid dreaming, I won't stop posting about my experiences for some time still.

When I achieve my goal, I will be writing down a lot of experiences that I have inside the dream world, and I'll experiment if it's actually possible to improve real life skills while sleeping.

I set a personal goal to achieve lucid dreaming within 30 days starting today. I'm really excited and hopefully I'll be able to do that even faster than 30 days!

This is not the first time I try to achieve lucid dreaming, but I never took it seriously and I was too inconsistent, so I never even came close to becoming lucid.

But this time I'm gonna SMASH it and record the whole journey on this blockchain!

UPDATE: I achieved lucid dreaming for the first time on day 12

I will become lucid tonight! Make sure to leave an upvote and follow to get an imaginary potato! 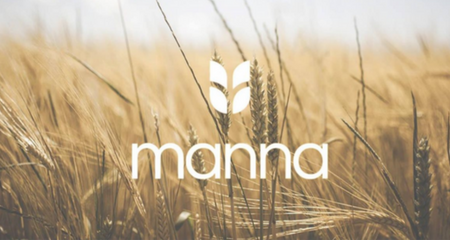 spirituality lifestyle busy creative steemitbloggers
3년 전 by trendo58
$0.96
14 votes
댓글 남기기 0
Authors get paid when people like you upvote their post.If you enjoyed what you read here, create your account today and start earning FREE STEEM!
STEEMKR.COM IS SPONSORED BY