Shortly after the UEFA Champions League semifinal matches were announced, the schedule of the clashes in the penultimate round of the main continental competition has been determined.

Real Madrid, which will face Bayern in the semifinals, will visit the Allianz Arena on April 25, while receiving the Bavarian team on Tuesday, May 1.

The other semifinal, which faces Liverpool and Rome, will open and close the fight for a place in the final of Kiev. The first leg will be played in Anfield on April 24 and the return will be played on May 2 in the Italian capital. 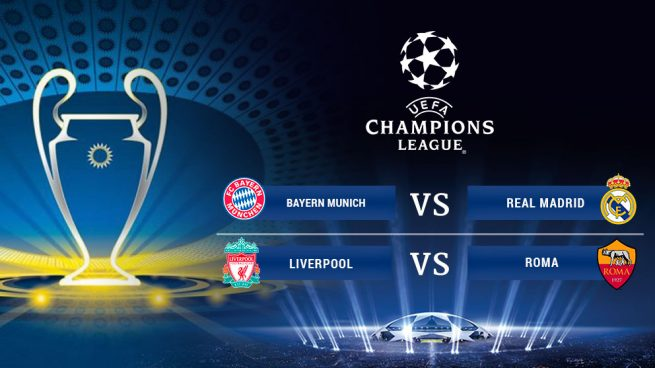 SCHEDULES OF THE SEMIFINALS OF THE CHAMPIONS
Tuesday, April 24 Comment your prediction.
Who will win the 2018 Champions League?

sports english politics news steemit
4년 전 by juanntv25
$0.00
1 vote
댓글 남기기 0
Authors get paid when people like you upvote their post.If you enjoyed what you read here, create your account today and start earning FREE STEEM!
STEEMKR.COM IS SPONSORED BY