Black Panther for 2019(Nigeria): Only way to end Boko haram 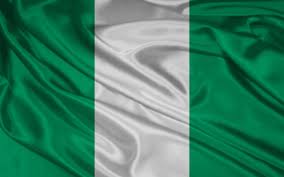 Boko Haram has brandished its fangs in the most daring way this week. Attack after attack, but with a new onslaught trouncing the old one in audacity, gruesomeness and fatality.

Between Thursday and Friday, Boko Haram launched coordinated attacks, like Hitler’s blitzkrieg, on Adamawa, Yobe and Borno respectively. The insurgents hit two villages in Madagali local government area of Adamawa state reportedly abducting some locals and killing innocents. In Borno, the insurgents attacked a military base in Rann, killing four soldiers. They went further to hit a camp of internally-displaced persons in the area, killing four UN workers.

In Yobe, a female suicide bomber strolled into a mosque; detonated her death merchandise, killing a worshipper. It is has been a week of bloodshed and horror.

Black Panther And The Debt We Owe Black Americans

How did a “completely defeated” Boko Haram rise like the phoenix from the ashes in weeks?

I must say, the military has become superlatively effective with propaganda. Terrorism, everyone knows, is asymmetrical; it is disingenuous and embarrassing for the military to make categorical statements on the war – soon after which the insurgents will scandalised it with another daring attack.

The war against Boko Haram is already in its eight year, and it may linger for more years, if not decades.
Why? Boko Haram is powered by a deadly ideology. And that ideology cannot be extinguished by the fire of artillery. Also, the insurgency will linger because there are 10 million out-of-school children on the streets in the north, some of whom lessen the pain of their quotidian and famished existence with hard drugs.
At the risk of saying it ad nauseam, the possible antidote to this problem is education, but more importantly, de-emphasising religion in our national life. Religion should play little or no role in our public lives. But when governors spend millionaires of naira building vulgar churches and mosques instead of investing prodigiously in education, you wonder if they are really ready for a solution to the security problem. 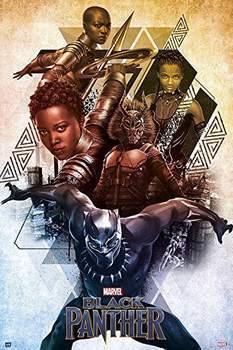 In the movie, ‘Black Panther’, T’Challa, the Black Panther, rescued some abducted girls from insurgents in Sambisa Forest by the strokes of his claws. It was a telling scene for me. Perhaps, we need the Black Panther to rescue the Dapchi girls in captivity and to stop more abductions.
As it is, we are not ready to do the needful, besides military campaigns, to solve the Boko Haram problem. We need a superhero.
Let's employ the act of going out to get our PVC's .. so we can make the right decision ourselves. By doing this we can decide whether to vote in Black Panther for the 2019 regime or vote in another Change as though this first one wasn't enough.

stach life nation nigeria weird
3년 전 by formatwithapk41
$0.00
7 votes
댓글 남기기 4
Authors get paid when people like you upvote their post.If you enjoyed what you read here, create your account today and start earning FREE STEEM!
STEEMKR.COM IS SPONSORED BY

Nope. Well maybe a little bit similar but no

Is this the solution you profer to put an end to the tragic scenarios witnessed by the northerners?
"BlackPanther"?
Was this meant to be a joke?

Nope. If you read it well m. You'll discover what it is I was referring it to .. it's like a metaphor