My comment correcting the publisher of this article was rejected. This is why need a censorship free platform. 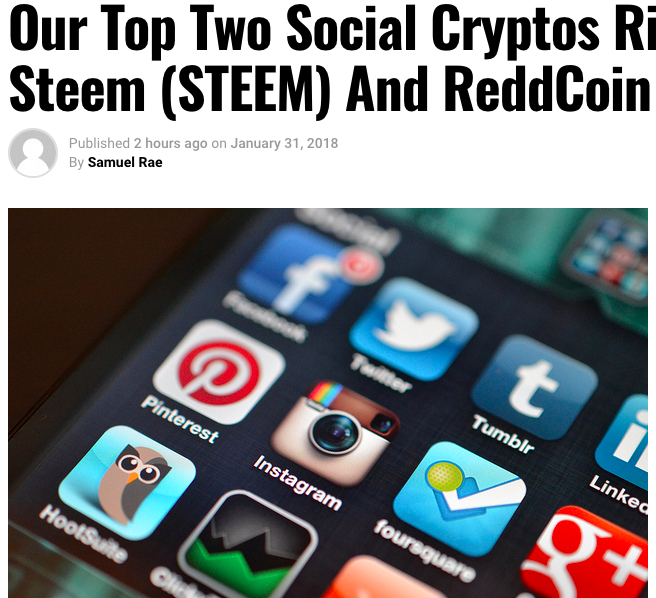 SMT's will enable any content platform which is much broader than social media to monetize their content. In Ned's most recent interview, he explained Steem as the blockchain for web content. This recent message from Ned and the branding campaign to distinguish steemit from steem in November/December have not fullly materialized. Even though the steem blockchain is receiving a lot of publicity, many journalists are still limiting it to social media or even sometimes just steemit.com. If people discard us a social media blockchain, the potential market/future value of steem is diluted by a high multiple in the eyes of investors.

For the above reasons, I felt compelled to leave a comment elaborating on the above. However, my comment was not accepted. The communities should be deciding what content is acceptable and fit within the native value system, not one publisher or the social media intern. On steem, this type of censorship would not happen assuming the message is not hate message or likewise.

In order to get to $100 and get talented developers to this ecosystem, the correct information and message must be conveyed to the public.

This is my first post and I have been around the platform since October. Nonetheless, I felt compelled to say something after seeing this limited understanding of the platform disseminated by several media. Please politely correct people and educate your peers on the true value of this platform. As of now, apparently reddcoin has more potential and a bigger market cap... What the hell.

steem steemit cryptocurrency utopia news
4년 전 by airbud2347
$4.16
8 votes
댓글 남기기 3
Authors get paid when people like you upvote their post.If you enjoyed what you read here, create your account today and start earning FREE STEEM!
STEEMKR.COM IS SPONSORED BY

Glad you are getting involved!

How censorship resistant is Steemit? Can anyone delete you posts? Can people who read your posts can be monitored doing so?

It's an interesting article. Sadly, the whole blockchain ecosystem is still so new, even to "pundits" that make money commentating on it, they can only put it into a context they are already familiar with, completely missing the innovation that blockchain enables.

Outside of social media and banking industries, blockchain enables a complete plethora of new workloads. For example, my husband works in healthcare and is working on implementing blockchain for distributed medical records - breaking out of the known providers storage and enabling true self managed privacy.
Another area that could do with blockchain is in land approvals and realestate, where properties could have every related document as part of its own blockchain, consolidating records of sales, modifications, approvals to the property itself rather than entrusting the paper records to city councils and local government.

It's going to take a lot of time to highlight these areas of innovation, but censoring comments is going to make it take even longer!