@DailyUpvotes: A new Vote Bot that lets you invest and profit!

I personally believe that “vote selling” gives users a reason to buy steem and power up, which causes buy pressure and ultimately benefits Steem holders. There is also a lot of marketing benefits for people who wish to get more exposure but simple do not have the funds to have valuable votes. We also have steemians who are actively voting but lack the amount of Steem needed to get decent curation rewards.

For these reasons, I have decided to run an Auction Voting Bot which allows delegators to get up to 80% of the Bot´s rewards:

This bot is like any other auction bot in the way that its accepts bids and votes every round, but I also want to add extra exposure to the content submitted to the bot by re-steeming and featuring the best content on weekly posts.

To use the bot you only have to send Steem or SBD to @dailyupvotes with the URL of the post you want to promote in the memo field, your post will enter an auction and will get voted when the rounds ends (when the bot reaches 100% voting power).

The weight of the vote on your post will reflect your percentage of the total funds sent to the bot in that round.

How to invest on @dailyupvotes

The idea of @dailyupvotes is not only to promote content but also to provide anyone who wants to profit from Auctions Bots to do so, you only have to delegate Steem Power to its account and you will receive a proportional amount of all liquid earnings of the bot.

To delegate Steem Power to @dailyupvotes you can follow this guide: https://steemit.com/delegation/@timcliff/tutorial-how-to-delegate-sp-to-another-user-using-the-steemconnect-tool-from-busy-org

At the moment the bot is BETA phase, I set it up today, yes this is what I do on Sundays, and if there is any bugs do let me know!.

I would appreciate it if you help me test it, the minimum bid is only set at 0.01 SBD/STEEM and since the bot is new, you would probably get a 100% vote if you bid now.

DISCLAIMER: I used @yabapmatt´s @postpromoter code and I must admit I am impressed by the stability of his bot, I invite you all to check his profile and vote for his witness as he also provides a lot of great tools for witnesses and steemians.

steem steemit dailyupvotes bot
3년 전 by chitty69
$21.19
53 votes
댓글 남기기 36
Authors get paid when people like you upvote their post.If you enjoyed what you read here, create your account today and start earning FREE STEEM!
STEEMKR.COM IS SPONSORED BY

can we start delegating to the bot now?

Yes, you can! And you should start receiving payout 3 hours after that.

Do let me know what you think of it.

awesome, are you going to list the bot on steembottracker.com?

Thank you!!! I will be voting you manually too.

Oh! Great... Thank you so much @chitty
You made my day.
Do you have plans of listing @dailyupvotes on the Steem Bot Tracker site?

Yes, I will get to that on the week.. should be fun!

Bots have always been my favorite because a lot of people disagree on them but I favor them . I trust you, let me go for it

Hey!! thank you, you let me test the refund function!!

Sorry I didn’t read it at first and sent it again by accident -_- I fixed it finally the third time .

Right now I ended up into the middle of a philosophical problem where I ask myself if it is okay to use voting bots to promote my articles.

I have used them for about one month and it is debateable if I should go on or not...

Its hard to say, I think paying for marketing is ok, but the best things about bots I think its giving SP more value... if you wish you could also invest in this bot and be part of the side of the industry.

If you do use it, let me know what you think of it.

I have used it and it is pretty okay in my humble opinion. A strange thing that I saw was the fact that the bot received a pretty big upvote and I checked who has voted a bot so much, then I realized it was actually you :)) It is a good strategy to upvote its comments in order for it to gain visibility, what I would do is upvote them with a lower value not to become strange in case the posts have less rewards than the bot's comment :D

Eventually you can make daily automatic posts with the bot and upvote them in order to be able to promote it better. Hope you will see this comment and wish you the best!

Hey!! yes I have been voting the bot for visibility, I will take your advice and vote it with less weight... Thank you for using it, I will try to get more SP delegated to the bot when we are done testing!

Sound interesting, but I never used a bot, I will keep an eye on @dailyupvotes! cheers and congrats @chitty

Its pretty simple to use really, you only have to sent at least 0.1 SBD or Steem to @dailybot and put the URL link of the post you want upvoted.

Let me know what you think of it if you decide to give it a try!

Glad to see more competition in bot world . I hope we get profit from yours .

Thank you, let me know what you think of the bot.

It worked well . You are already to a good start . A good ROI will make it more popular , although it is already becoming popular .

Just heard about the bot through a brazilian steemian like myself, I will test it out for sure!
Success with the project!
:)

Cool, let me know what you think of it too!

thankk's for sharing your valuable thinking..
great to share..
love it 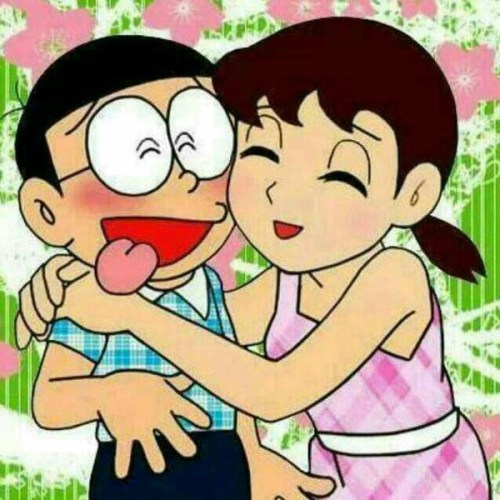 Nice one.. I will av to test it today.

Thanks for sharing your post on the MMG Discord

I will check it out for sure. Let see how is it.

Amazing bot, its got just the right amount that can vote on it. I do recommend this one. Upvoted and promoted!