Am Amateur Speculates On Steemit

I started out heavily excited about steemit when I joined in June 2016... due to various reasons (all of which are dumb in hindsight) I left and am trying to "come back" a couple years later. So here is two years later thoughts! 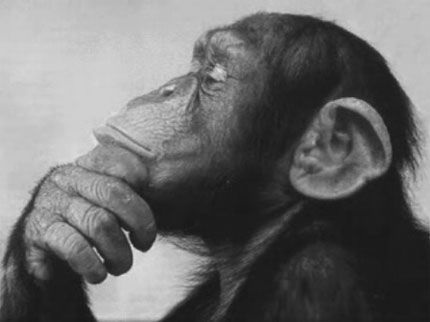 How Do We Connect? I think part of connecting people to people is the most important thing. When I first joined in 07/2016 I was a bit bothered by the lack of options to personalize an account. I agree that a persons work can and should stand for itself, but as a people, don't we find ourselves connecting as much to the author as the work? We love actors we have never met based on how much we enjoy what they do, not because we truly know anything about them.

We have done that a little now haven't we? Here is a pic I made some time ago trying to express how things change: Was happy to see on returning it had been embraced (not as MY idea, but an idea) and I think it makes a difference... especially in the comments where users are distinguished far easier.

Certainly There Is More To Come

What avenues do we feel need to change further? I am still a huge component of a Badges system. Something that connects a person further to their account. What separates two accounts with the exact same wallet info? I know we have the reputation system, but is that enough? A good portion of accounts don't even really post anymore and play the curation game. If they moved their entire balance to a new account (if it were instance) have they lost anything?

With a badge system there's "credentials" that could be lost... something earned on the account that isn't able to be duplicated easily. It's one area I think about, I still wonder how it would also look if the post value wasn't reflected in the same way. Showing a $ value certainly motivates people to join, but doesn't it also provide discouragement to people starting out? When they see posts valued at hundreds, while theirs earn change?

Considering as well that the people we want adopting the platform will largely be new to cryptocurrency, isn't it easier to show them they have a certain amount of "site power" instead of a dollar value they need to learn steps to redeem?

What are your thoughts? I have just rehashed old ideas I have had and wonder if they have been addressed at all. They maybe do not need to be, I just look and see things that might have helped me stick through troubling times at various points. I don't really use FB or other Social Media platforms though so maybe I am not the target demographic.

steem steemit life
3년 전 by clevecross59
$0.03
3 votes
댓글 남기기 0
Authors get paid when people like you upvote their post.If you enjoyed what you read here, create your account today and start earning FREE STEEM!
STEEMKR.COM IS SPONSORED BY