This is the bottom, if the low @ 16663 satoshi is not breached soon. If you see an explosive high above 22000 satoshi take this as confirmation for the end of the downtrend.

I just bought some more STEEM. Unless 16663 is breached, I will not buy more STEEM in the next months. 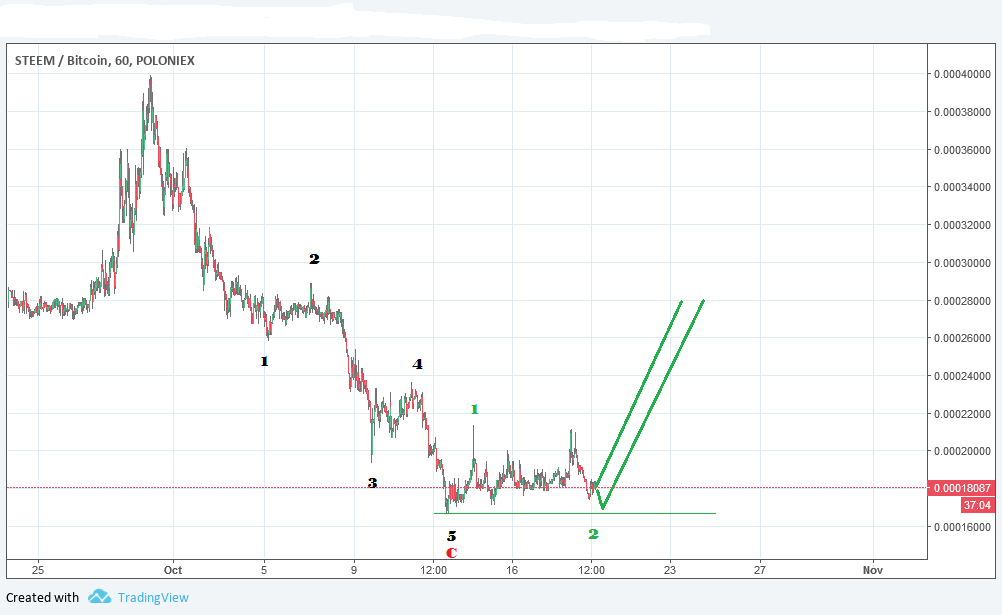 There is not much more to be said. Watch the STEEM/BTC chart closely as I will do, too.

If you think this to be useful information:

DISCLAIMER: I provide trading ideas using EW and Pattern analysis. The material in this post does not constitute any trading advice whatsoever. This is just the way I see the charts and what my trading ideas are. The author of this post is holding positions in this market at the time of this post.
If you make any trades after reading this post it is completely in your responsibility. I am not responsible for any of your losses. By reading this post you acknowledge and accept that.

Tell me what you think...

steem crypto steemit money cryptocurrency
3년 전 by ew-and-patterns70
$18.59
37 votes
댓글 남기기 17
Authors get paid when people like you upvote their post.If you enjoyed what you read here, create your account today and start earning FREE STEEM!
STEEMKR.COM IS SPONSORED BY

If it fails to attract a bigger user-base, then the coin won't be worth much.

On the other end. If Steem does become a big medium, like tumbler / twitter. Then we will probably see triple digits.

I am not sure where you get this from @fechaugger it is attracting a bigger base exponentially on a monthly basis make or break is a little over the top? Make me understand your thinking? Cheer$:) 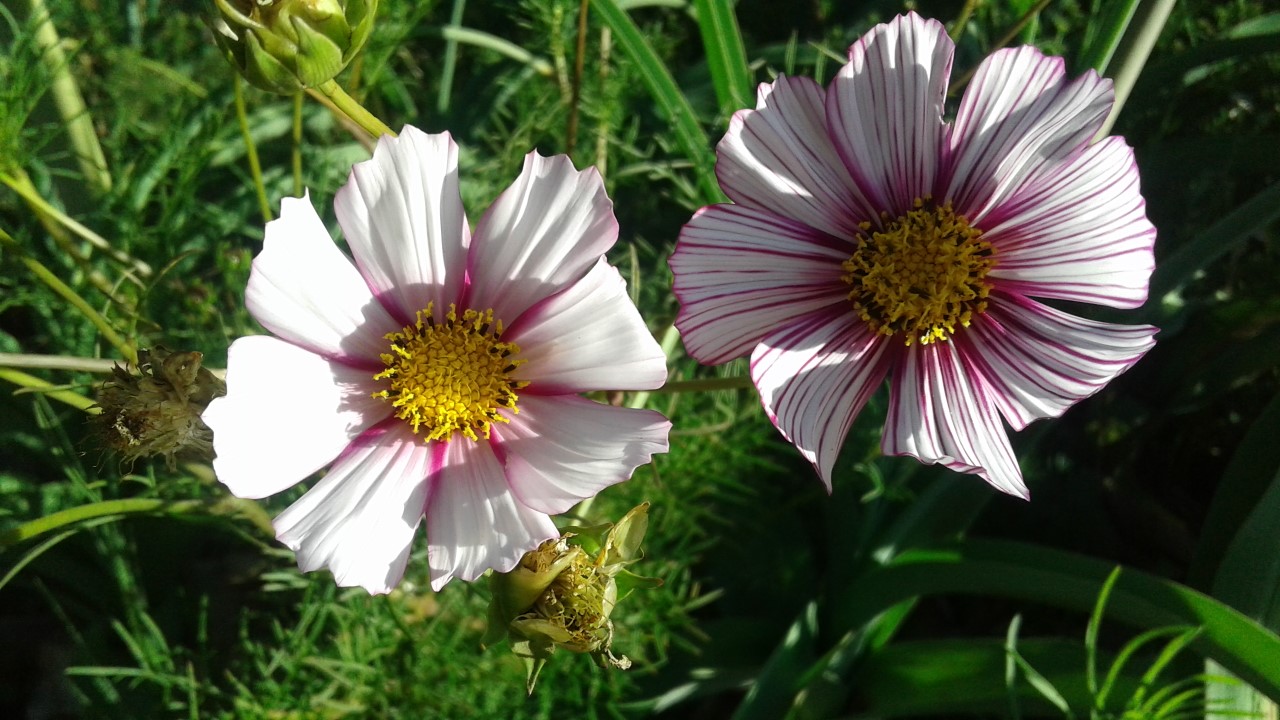 This is daily active users

That's not exactly growth. There are a ton of bots on Steem too so you can probably downgrade those numbers by 1/4.

Well I'm a developer, not a economist. So I only use my common sense.

We have some great writers here on steemit, that really deserve the reward they get. But let's face it: there's also a lot of bullish posts and comments that somehow still earn a lot.

While I'm happy for these people, that they can make an extra buck using this platform. But the following has to be said.

The reason behind the reward pool is, that the content we write has a certain value. And by adding new content. The value of the Steem block-chain increases. Hence giving the reward pools the ability to 'pay' the writers.

If too much of the reward pool is accredited to posts that don't reflect their 'value' in a economic sense. Read: make non Steemians come to this platform, read articles and give the platform a reason to exists. This platform won't continue for long.

Of course here on Steemit we vote with our 'hearts' and not based on the fact when-ether a blog post or comment is economical viable or not. But if the value of the payout is greater than the value of the newly created content. Then the sustainability of the platform comes at risks.

What needs to happen for Steemit is that we attract a broader user base. Which then needs to write/photograph/draw/paint new quality content. That is also useful for people who aren't here on this platform.

So that non users also have a incentive to come and read blog posts here. (Giving the platform value).

We aren't the central bank, just because the reward pools assigns a value to blog post. That doesn't mean that this value automatically corresponds with it's 'true' value.

TPO.com was a platform with a similar concept as Steemit. But the 'revenue' goes to charities assigned by the users. Sort of a non-profit facebook. But never took off. While they even had some influential people on board like Jimmy Wales, founder of wikipedia.

Well written and understood. Next question you say non stemians also need to have access to the blogs? They do technically but just can't comment and vote etc?? Cheer$:)

The blogs are publicly available, and indexed by Search engines. Like Google, Yahoo, Bing and Duck Duck Go.

thanks @ew-and-patterns , good info, good analysis. I'm not surprised, I noticed on the Steemwhales page there were some VERY LARGE draw downs over this last week as some of the really big players withdrew some very significant amounts. Taking Profits? to reinvest in BitCoin? whatever the reason there appear to be a lot going out.

steemwhales.com reports withdrawals pending in the next 5 days

What's your take on the trend? looks like the price has been locked in a pretty narrow trading range for the last 3 months?!?

They are actually powering down a A LOT LESS than 2-3 months ago. They expect higher prices next year, as do I.
I know Steemwhales.com, but I don't think the effect of powerdowns is an issue, unless everyone wants to sell at the same time. Thank you for stopping by ;-)

interesting and thanks, good to know that the powerdowns are decreasing.

As time goes on, the chances of Steemit/Steem surviving as a network increases. So the incentive to power down is getting lower. After all the longer the platform lives, the more content is generated. Which makes Steem likely er to grow in price.

I hope you are right, my gut tells me that there will come another dip soon. And I dont think that the pattern of the last 6 days is the start of an impulse wave.