NB! This is article is not promoting VICE. I just heard about VICE 2 days ago (i have been living under a rock), and here i have gathered some information for us all (hattip @nokodemion). Article is safe for work.

What is VICE platform?

Vice Blockchain is a softfork off the STEEM blockchain from snapshot of block 18,500 (Edit: i question this and perhaps the have made a mistake in their whitepaper. Block 18,500,000 would make more sense. We'll refer to this block from now on), which appeared sometime earlier. It's powered by the same software that STEEM uses - it runs on the Graphene technology.

Here's the differnece between the block they say they took the snapshot at and the 18,500,000 one:

According to them, the current adult videos business model is not about the viewer. As long as the viewer pays nothing or too little, the advertisers hold all the cards and control everything.

But with the same concept as STEEM, good content gets rewarded, good curators get rewarded and you get paid for watching videos.

So everybody gets paid - viewer, creator, curator

With Steem having autovoters etc, this will probably make it to the Vice as well, in some form. But beware, poor content producers - shitposters ususally get taken off autovoters once they are revealed. So if you plan on earning from your homevids, make sure they are Quality.

Website owners, that use the Vice token system, can use the beneficiary system familiar from Steem network (chainbb, esteem), to benefit from content creators, which in turn will help then cover some of their running costs.

Vice is currently partnered with Penthouse, Exxxtasy, Playmen, RedHot TV, SkineMaxHD and many others.

How are tokens distributed? 400,000,000 tokens are distributed among STEEM holders (read above) and 2 billion tokens will be blasted onto the market during the crowdsale with the price of $0.05 per token and a 2000-token minimum purchase limit (approx 100 USD ). The crowdsale starts on February 1st.

Want to get your hands on VICE even earlier and cheaper? Sure - there is a presale for accredited investors, with minimum purchase of $50K and a price of 0.02.

The Vice Industry Token network is an inflationary system, in which new token generation (inflation) will start at a 10%, degrading to 1% over ten years, at which point it remains constant. These new tokens will be generated by the system as rewards for producers, participants and curators.

When's this all taking place? 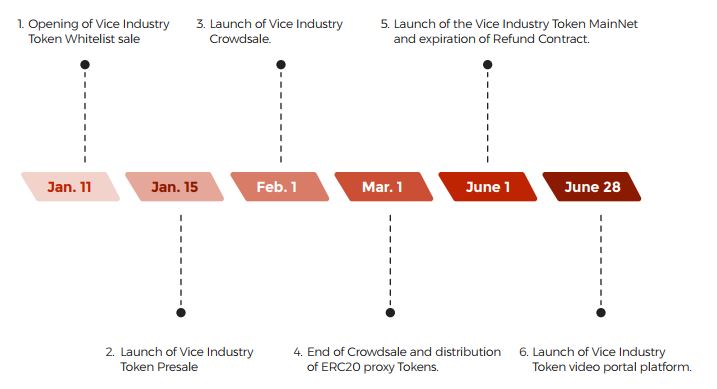 Vice is just the start. Steem blockchain and the underlying software are bringing in bright minds from various areas of business. It's a revolutionizing system that will change, how content is paid for, forever.

Some of the aspects seem a little raw and there are gaps in information, but it's a promising start to 2018 for STEEM and everything related. Bear in mind Vice is a startup and there a bound to be some mishaps.

Thanks for reading, let me know your thoughts in the comments section

Check out Chainbb, an alternative frontend for STEEM network. If you like forum style, that's the platform for you.

steem vice softfork blockchain whitepapar
3년 전 by furious-one69
$86.99
47 votes
댓글 남기기 28
Authors get paid when people like you upvote their post.If you enjoyed what you read here, create your account today and start earning FREE STEEM!
STEEMKR.COM IS SPONSORED BY

With 4 billion tokens at $0.05 they are valuing themselves at $200 million straight out of the gate - which does seem fairly ambitious

Having said that, it is not too difficult to see this growing significantly - there is no shortage of users and if it gets some traction then demand for tokens could be huge...

I will take my tokens, maybe buy some more in the ICO, and hold on to them. I doubt I will be curating much (honestly), and I definitely won't be producing material, but if a delegation market opens up that would be ideal - 20% income from delegation of top of the growth potential would be very nice

that's right, theres ample space for delegators and autovoters for pasive income. And the adult industry is one of the biggest!

Hello,
The White paper on VICE says at token holders as of block number 18,500,000 on the STEEM Blockchain.

Can you tell me where to find the STEEM block number?
Do you know what Block Steem is at?

Thanks @furious-one your the MAN!
I like this VICE token, what do you think about it?

Wow. Pretty fucking awesome. How will steem users get this token, if at all? I am very much interested in being part of this.

I'll be digging up some more info about this. Apparently new tokens can be bought on the crowdsale on Feb 1st with $ 0.05 (bought in ETH), and the airdrop data is when the Token actually launches, maybe in June... and according to their support, Steem wallet should support Vice. Still early days, i suggest you subscribe to their newsletter to be up-to-date with the most news https://vicetoken.com/ and join teir Telegram chat https://t.me/viceindustrytoken

Basically if you held STEEM at the time of the snapshot, you will get some, maybe even a boatload. The exact block and dtae of the snapshot is still unknown, i have asked their Telegram group and they promised to verify this, havent had the time today yet to check.

Thank you for this awesome break down @furious-one, will be linking to it and spreading the word! Cheers 👍

Awesome, my man! Let's spread the word and be VICE whales :)

Im deffinently getting myself som VICE coins when they come thats for sure. 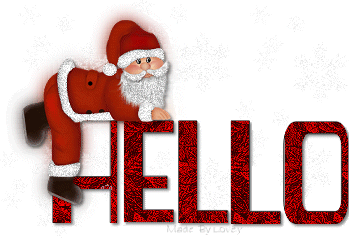 What to expect from him further, only God knows!
Thanks for the useful information, @furious-one!!!

As always, I'm interested in your expert opinion on the EURUSD, AUDUSD and also Ripple.
https://steemit.com/money/@maksym7/trading-ideas-on-tuesday-how-can-eurusd-and-audusd-behave-and-also-what-to-expect-from-ripple

Can you say something about this, please?

Hi, NSFW means "not suitable for work", in this article i only overview Vice and touch some tech aspects, so this one is SFW

the future is knocking. the platform wont be without its problems and wars where behemoths can downvote competitors, but lets keep an eye on it

Any updates on the airdrop - would love to see more of them for steem holders!

The tokens for buyers-in should get distributed on March 20th, according to their Telegram

Awesome! Will check out telegram

how can we receive the airdrop and when?

Very interesting. The ' everybody gets paid'' concept is a great model, that encourages participation but also helps to make the highest quality content more visible so users have a better experience with the contents.

thx for the great information, one agane, greetings

So I just read in Telegram that the airdrop was cancelled for Steem holders :(