Wondering Why You Just Got Paid STEEM and SBD? You may have seen something different in one of your latest payouts. You not only got paid Steem Dollars (SBD) and Steem Power, there was also a little bit of STEEM.

Why am I suddenly getting paid STEEM?

To protect the Steem blockchain from having too much debt, it starts issuing STEEM instead of SBD if the SBD/STEEM market cap ratio gets too high.

The more in depth answer

In hard-fork 14, they addressed this potential problem. In the case of a catastrophic price collapse, the system would have to create far more STEEM for each redeemed SBD. Before this change, if the STEEM price were at $0.01, it would take 100 STEEM to fill each SBD contract. It had the potential to create massive inflation in the Steem ecosystem.

In order to protect the Steem blockchain from being too indebted to SBD contracts, hard-fork 14 said that if SBDs ever reach 10% of the STEEM market cap, the US dollar peg will be removed. SBD holders would then be entitled to exactly 10% of STEEM's market cap.

I dug through the old steemitblog archives to find the exact numbers and wording:

This change is designed to protect the blockchain from a theoretical, but highly unlikely, event where by the SBD debt would completely devalue Steem. Steem holders are now guaranteed that SBD holders will never be entitled to more than 10% of the market cap.

To help prevent SBD from ever getting close to the 10% number, the blockchain starts paying out STEEM instead of SBD when it reaches 2% of STEEM's market cap.

With this latest price drop, SBDs reached 2% of STEEM's market cap which triggered payouts to start paying out some STEEM.

The STEEM Price is still way higher than it used to be, how did SBDs get to be 2% of market cap?

A series of a few events occurred for this to happen:

If the price of STEEM goes back up, you'll no longer get paid in STEEM. However, if the price continues to fall, you'll see your SBD payout decrease and your STEEM payout increase.

steem steemit busy sbd steem-dollars
3년 전 by shenanigator68
$36.23
127 votes
댓글 남기기 62
Authors get paid when people like you upvote their post.If you enjoyed what you read here, create your account today and start earning FREE STEEM!
STEEMKR.COM IS SPONSORED BY 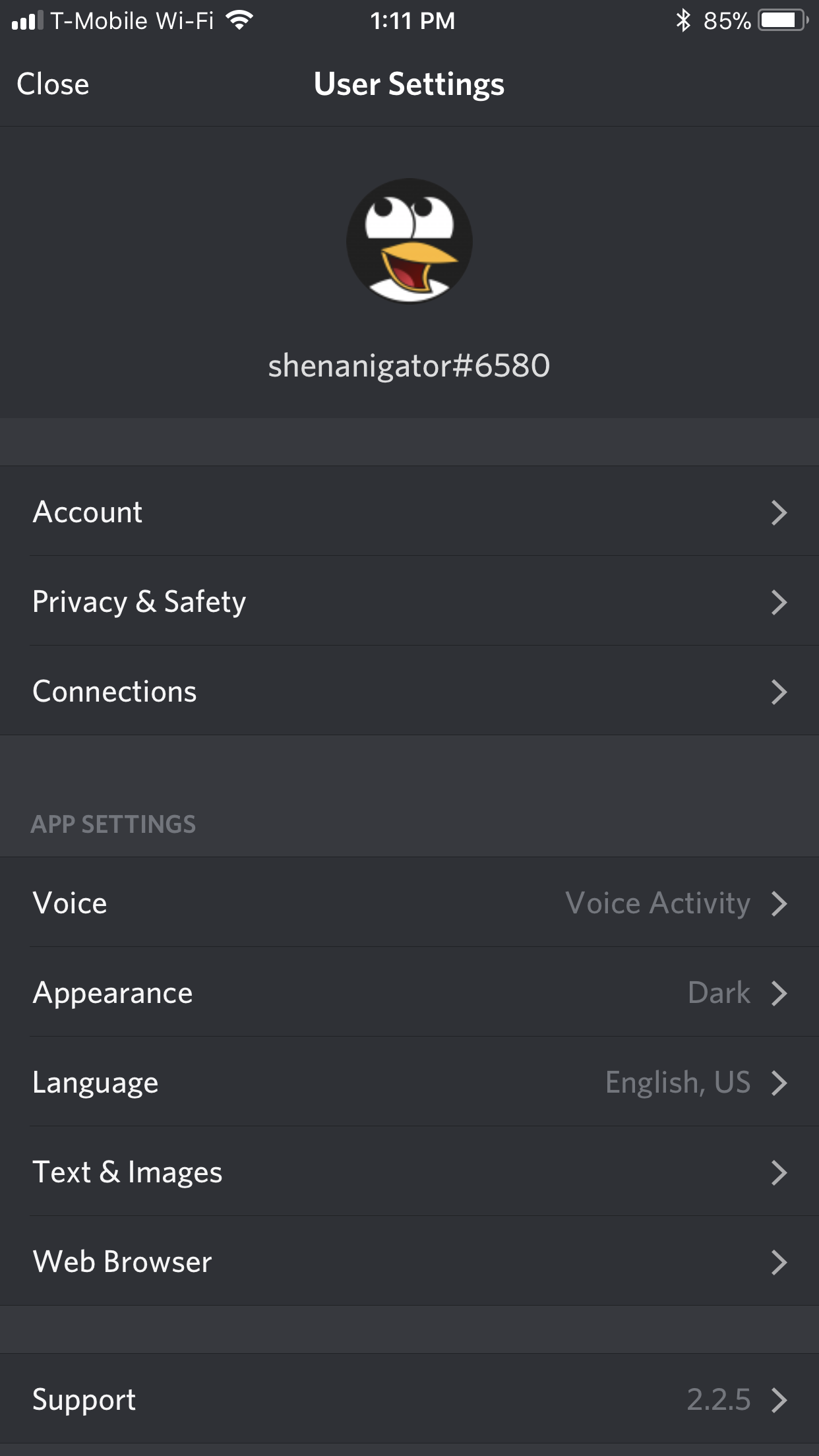 I was wondering and yourpostbmade it clear Thanks 😍

I never knew that this was so complicated, thanks for the information!

Yeah me neither lol. I think I came on shortly after HF19 so I believe ever since I've been on here we've always been paid part STEEM and part SBD. I never realized so much went into the calculation though.

The majority of users on here have probably only ever been paid in SBD and Steem Power; I thought this would be the first time most people have ever seen a payment in STEEM, which is why I wrote the post.

A lot of the math going on behind the scenes is pretty complex. But thankfully, we don't have to understand it to be able to use the system :)

Right! But you made it better understanding. Thanks

Thank you so much for this! I was genuinely puzzled by the STEEM payout but I knew there was a logical reasoning behind it.

I'm glad it helped to clear things up for you!

There are a lot of intricacies to the system and good reasons for most things to be that way. Thanks for reading and commenting!

Awesome thanks for explaining that. I was wondering why i was getting steem also.

Thanks for the information!

I still have no idea why SBD even exists. Why not just payout in Steem and Powered up Steem?

It was the creators' goal to have a price-stable currency because it's something the crypto space was lacking. SBD's stability hasn't been nearly as good as intended.

If that was the only goal it might be time to admit failure and somehow phase out SBD as it just complicates things imo. If Steem ever goes below $1 it’ll be useful but I could also see it further crashing Steem.

Commenting on my other account here. There are options for making it be more price stable. But I’d like to let it play out for a few more years and see what happens. Maybe it will become more stable. There have already been long periods of time where it stayed around $1.00.

If I understand this correctly to reach $1.00 SBD we’d need Steem and crypto as a whole to also stabilize or drop a ton?

Or we can just wait and see what happens longer term with the price. It's my opinion that over the long term, we'll see the price around $1.00. That's why I'd like to just leave it the way it is for now.

Interesting, I think that’d end up stabilizing Steem but create issues with inflation depending on how it’s done.

Thanks Mon for finding out the answer to this! Definitely noticed immediately and until now, I could not find an answer!

Hope all is going well and good!

Hey bud, I'm glad you happened upon the post and found your answer.

Things are good, thanks! After SteemFest, we we're active on here for a while because we were preparing for our move to Mexico, but now we're back at it! We'll follow you and @steembirds from our @tangerinetravels account to make sure we keep in touch.

Whoooooa man, that's awesome! I bet you guys are having a blast! Total balls out move, I like it :)

Keep up the good sense of adventure and say hello to the gang ;)

Thank you for explaining this because I was wondering how SBD were capped and do not remember reading this ever before in any white paper or update!

Wow, thanks for the resteem! A resteem from you helps a ton with visibility.

STEEM can still be converted into SBD though ?

STEEM can be sold for SBD on a market, but it can't be converted to SBD through the blockchain.

This is so helpful i was thinking about it when i saw it in my payout. This is a good step to ensure stability. Thanks for sharing hopefully steem goes back up 😁.

I'm happy to hear it helped you out. Thanks for being such a loyal reader and always commenting on my posts!

Excuse my newness, why even have SBD?

The recent devaluation of STEEM/$ vs SBD makes SP less desirable of a holding. I would think more SBD supply creation would deflate the value and push it closer to $1, making STEEM relatively more valuable and desirable as a long term hold? I must be missing something...

Although, in reality, SBD's price stability has left a lot to be desired.

Great explanation i finally understand, so much going on behind the scenes.

Thanks @phelimint, glad you found it helpful. I wasn't sure how well I wrote this, to be honest. I was trying to make it easy to read and follow, but wasn't sure if that was accomplished.

Great post. I do think there is a global consciousness. I was just thinking about this after claiming the last two rewards. And then lo-and-behold your post pops up on my feed. Serendipity, cosmic phenomenon... thanks for explaining it.

Funny how that works sometimes. If you have any other questions, feel free to ask!

@shenanigator Thanks for the helpful post. Good to see that there are fail safes implemented in the system to ensure the stability of the currency. Now if I see that I got paid in Steem, I'd know why that happened. Cheers!

Hey @witnesslife, thanks for your comment :) I appreciate your interaction with my posts!

WHOA.. I can stop freaking out now and put my brain back in standard operating mode. Thanks for the explanation. You saved me a whopper of a headache.

Haha, glad to save you from the headache! Hopefully, this was an easy read. I wasn't sure how simple or difficult it would be for people to follow.

That approach makes sense in order to sustain market fluctuations

I was wondering why we had Steem as well and you explained it perfectly. It is good to know that there are systems in place like this to protect the Steem blockchain and investors.

I wondered about that. Thanks for clearing it up. I have only been on Steemit a little over a month and it's confusing to me but posts like this help.

This was the first clear answer I've read, thanks for the putting the effort into this.

Thanks for clearing this up. I was actually surprised when I saw my payout including steem although I actually liked it.

Thanks for reading and commenting. Glad you found it helpful!

I noticed that I received a Steem Payment on a recent post. Thanks for explaining the reasoning behind it.

No problem. Thanks for reading and commenting :)

This is one of the most valuable things that we have in this community, people who seek out knowledge and share it with the rest of us. These vital explanations of overlooked updates and developments are CRUCIAL to some of us who are new and honestly a little bit lost LoL Thankyou for performing an invaluable service, giving a simple easy to understand explanation, and for being generally bloody awesome

Take great care and have a spectacular journey :)

Keep helping the minnows with the FAB info, it is greatly appreciated! 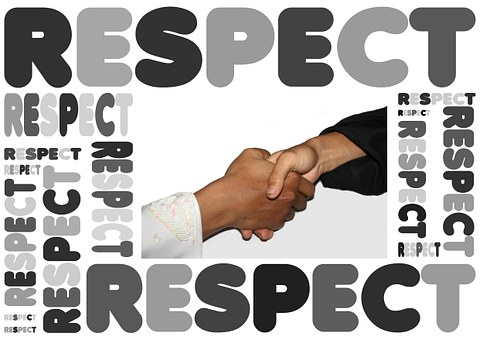 Image courtesy of the AWESOMETASTICAL Pixabay.

Woooow such a great information.
Tanks for always updating us on certain things

Excellent digging and explanation. Thank you for taking to time to write this post.

Do you know how to move your Steem Dollars accumulated to Steem that can then be powered up?

Thank you for the great explanation!

I was wondering about this. Thanks for answering it!

I did wonder why I'd been paid a bit of STEEM! Thanks for the explanation - but even though you've put it very clearly, it will take me a few reads to get my brain round it!

I have purchase Steem Power with my Altcoin....
Is it good move or i have waste my Altcoin?

I was wondering about this and wasn't sure what was going on. Thanks for posting this with an explanation!