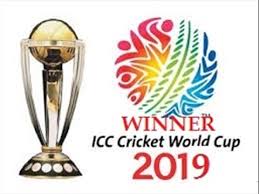 Cricket is biggest stage World Cup And next year's 2019 World Cup will be held in England. In all, 10 teams will participat

The ICC Board meeting in Calcutta on Tuesday announced the beginning and the end of the 12th BCM event. The final will start on the 30th of next year starting on July 14th. The.

steem poto news papoler wored
4년 전 by stmpowar1226
$0.00
4 votes
댓글 남기기 0
Authors get paid when people like you upvote their post.If you enjoyed what you read here, create your account today and start earning FREE STEEM!
STEEMKR.COM IS SPONSORED BY