James Altucher is the best-selling author of Choose Yourself and twelve other books. He just released his latest book, Crytpto-Currenncies 101: How to make a fortune from digital currencies. 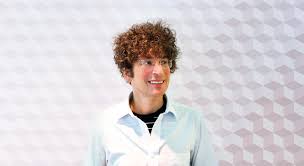 The book is meant to be an introductory course for anyone on crypto-currencies. It lays out what blockchain is, how to buy crypto-currencies, and how to store them both online or offline. Also, he gives some trading advice and tells you the Ethereum is his favorite pick right now.

Near the end he writes about how to spot currencies that might be scams. In general he says to be suspicious of all of them until you are convinced otherwise (guilty until proven innocent). Which is good advice when there are so many ICOs that are scams. But the criticism he lays on STEEM is unjust and misleading.

On page 45 he lists some criteria that signal you should stay away.

It is true that STEEM is mined by a small group. But saying that misses the whole point of Delegated Proof of Stake (DPoS)!

Bitcoin, conversely, uses Proof-of-Work, meaning computers around the world burn megawatts of power to build the blockchain and verify transactions. This started out as being decentralized when the mining difficulty was so low that anyone could do it on their home computer, but now you have to build specialized mining rigs made up of hundreds of GPUs to be able to get anywhere. This, along with the rise in price and economies of scale, has resulted in the concentration of miners. The once decentralized power of Bitcoin now rests in the hands of a dozen or so businesses. All of which have not accountability to the community. So according to James' criterion above, we should be wary of Bitcoin.

STEEM uses DPoS which basically means there are 20 witnesses (miners) that are voted on by the community. So while the mining is happening within a small group, the decision as to who that small group is lies within the community at large. It may not be perfect, but isn't that better than the situation now in Bitcoin?

What do you think? Is STEEM a scam? Should we be wary?

For more on DPoS vs. PoW read here:
https://steemit.com/eos/@iang/seeking-consensus-on-consensus-dpos-or-delegated-proof-of-stake-and-the-two-generals-problem

steem steemit cryptocurrency bitcoin crypto-news
2년 전 by treebuilder49
$0.00
4 votes
댓글 남기기 1
Authors get paid when people like you upvote their post.If you enjoyed what you read here, create your account today and start earning FREE STEEM!
STEEMKR.COM IS SPONSORED BY