Steem on the Rise 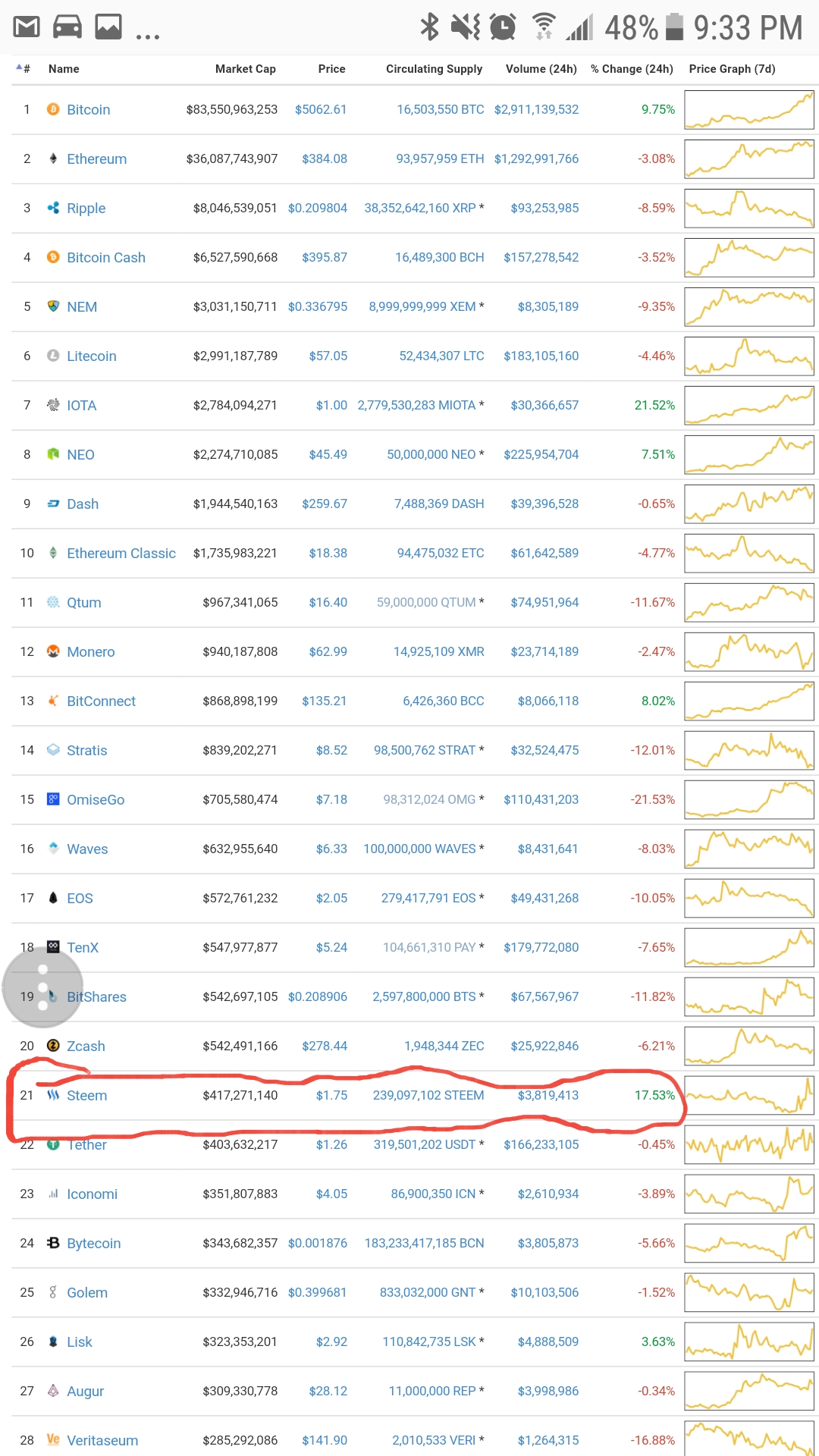 As some of you Steemians know........
Currently Steem is an under valued crypoto currency FOR NOW ! More recently @jerrybanfield made an ad on Facebook and that ad ended up reaching some where close to
2Million people. As Jerry said before what determines the value of a Steem $ is the amount of transactions made on the currency.

Therefore, If 5% of the 2million that seen the Steem ad (via Facebook) created a Steem account that would result in a soild a 100,000 new users. If 50% of the 100,000 new users decide to invest in Steem that would be 50,000 new transactions.( Now mind you I personally believe that more than 50% will choose to invest) that being said the vaule rises and your moeny grows.

If you haven't yet invested in steem I would recommend you do. I'm no financial advisor but I know what an unvauled asset looks like. Steem has so much poteinal to be huge. Take advantage now before it's too late.

The price in the picture is in CAD. steem invest facebook marketing asset
4년 전 by tristan138
$0.03
4 votes
댓글 남기기 4
Authors get paid when people like you upvote their post.If you enjoyed what you read here, create your account today and start earning FREE STEEM!
STEEMKR.COM IS SPONSORED BY

100% according to @jerrybanfield in the next 10months steem should be vauled at $10. That would be a pretty nice ROI 🖒🏿

Good heads up! I've been looking at this and figured, "what would be the BEST crypto to invest in with limited funds"? The answer, of course, is put your money where you focus your attention.

If you BELIEVE in Steemit and intend to earn some return posting here, then investing where you work makes the best sense!