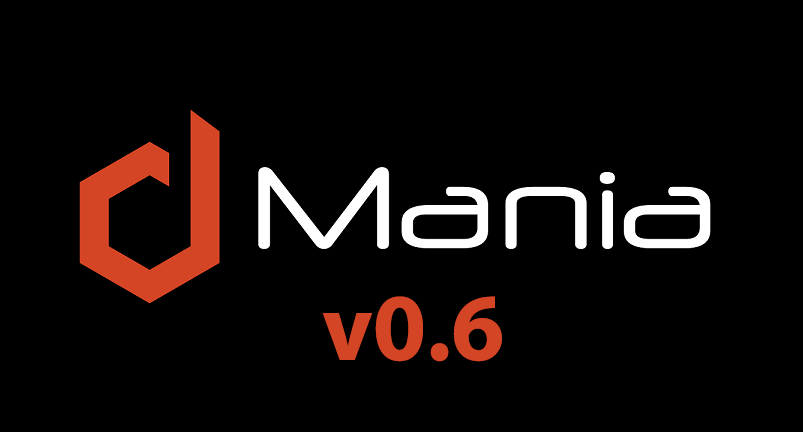 I have just uploaded v0.6 of dMania. The new version improves the performance, adds some basic features that were still missing, fixes some UI bugs and improves the onboarding process for new users. The latest version of dMania uses the new Jussi endpoint. Jussi is a caching layer for the Steem blockchain. All operations on dMania should be a lot faster now.
I also reduced the amount of posts that is initially loaded and the amount that is loaded while scrolling. User onboarding on Steem isn't easy. Most people have never heard about blockchains. They know Bitcoin, but that's about it.
When you show them a website like Steemit or dMania, they think it must be some sort of scam. They just can't believe that they get paid for their posts. It's just too different from what they are used to.
Wallets, private keys, voting power, Steem Dollar, Steem Power,... There are so many things that new users have to learn. That's why user onboarding is really important for apps on Steem. We have to show new users how things work around here and teach them the basics. I try to hide all the complex Steem stuff on dMania and make it as easy to use as possible.

To get new users started I have created a FAQ page and a WTF is dMania page 😉. I also improved the sign up process and made it easier and more user friendly.

Delete and edit comments and posts 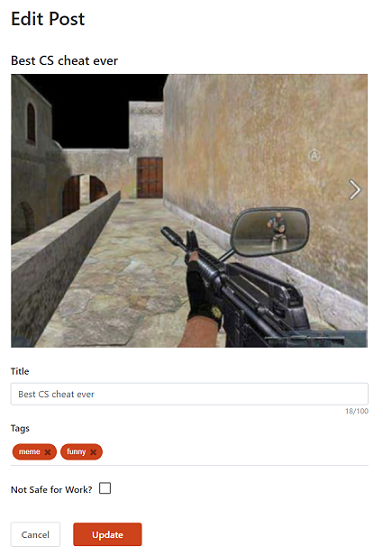 It is now possible to delete and edit comments and posts. Everything works pretty much like on Steemit. You can only delete posts and comments without any comments or upvotes. You can edit posts and comments for seven days. After that everything is immutable. Just remember when you edit a dMania post on Steemit, it becomes a Steemit post and won't be visible on dMania anymore.

If you have any questions join our new Discord server

Please upvote, post and comment on dMania to support this project. Every single upvote counts. You can contact me on steemit.chat or discord if you find any bugs or if you have ideas for new features. Please resteem and upvote this post and tell everyone you know who likes memes about dMania. Together we can make Steem and dMania great. Follow @dmania and @zombee to get the latest updates about this project. steem steemdev meme dmania funny
3년 전 by zombee65
$361.10
468 votes
댓글 남기기 63
Authors get paid when people like you upvote their post.If you enjoyed what you read here, create your account today and start earning FREE STEEM!
STEEMKR.COM IS SPONSORED BY

Sign up via dMania is still not possible. I heard that they are working on sign up via SteemConnect. Not sure when it will be ready. Atm I still have to send all people to Steemit and that is kinda annoying for me and confusing for all users.

DMania is a very nice idea.... I've never come across such hilarious memes as the one I've come across on dmania... Nice work... Keep up the good work

What a powerful project, thanks for the updates! My favourite part other than the fact that you are on-boarding people more easily, quickly and in an easy to use friendly manner, is the slider for upvoting that actually indicates the value fo the vote itself. GREAT IDEA!!!

you have made very beautiful project keep on making more.

hey i've got a 32 part course for content creators over on @teamvideo if you ever want to share that out, gives newbies and seasoned people alike some steemit tips all in one place -- it's also on skillshare, udemy and dtube - https://dtube.video/#!/c/teamvideo - might help with onboarding. in fact, i'll record a new episode for dmania and bolt it on the end! :)

I heard this first time. What actually is thi$?

dMania is an app on the Steem blockchain where you can post memes, funny pictures and videos. Go to https://dmania.lol and try it 😊 .

+1 for that, I have too many accounts on lots of websites,that´s great news for me !

DMania is a very nice idea.Thanks again for this excellent post and namaste :)

Sharing on FB, Twitter & linkdn would be awesome:) All lovely features though. Colorful and user friendly.

wow.. I'm currently being blown by your information and this project. Thank you for your hard work and time. =)

Hi, pleas vote me im new in steemit and i want to be good statmans in future 🙂

This is really very very useful project vut you ask 5 steem power to join in this ,this is very high for new commers in steemit so pls reduce it.other wise your concept is very nice.

You can post there all you want actually- I've posted there and it didn't cost me anything. But "supporter" is a distinction they've made, where some 50 or so people have given them steem to distribute to posters on dmania through a bot. If you just want to post your memes, you can go ahead an post them there!

Yes it's really a stunning project

Dmania is a very good idea
😍

Congratulations @zombee, this post is the most rewarded post (based on pending payouts) in the last 12 hours written by a Hero account holder (accounts that hold between 10 and 100 Mega Vests). The total number of posts by Hero account holders during this period was 291 and the total pending payments to posts in this category was $4535.86. To see the full list of highest paid posts across all accounts categories, click here.

i recognizable results when I changed my power settings to "high performance." The computer runs incredibly smoothly and feels like new again. I now see zero delay whenever I try to load something. Anyone else? ?

Excellent right now I'm going to dmania to have a look and maybe post a funny video of my pets.

Yes, I support this project. I want every man get benefited from you.basically the new user, please go ahead

This post has received a 15.54 % upvote from @buildawhale thanks to: @zombee. Send at least 1 SBD to @buildawhale with a post link in the memo field for a portion of the next vote.

My favourite is D-mania its always good @zombee

Awesome, I'm going to have to check this out. Congratulations @zombee!
Your post was mentioned in the hit parade in the following category:

This post has received gratitude of 8.72 % from @appreciator thanks to: @zombee.

you are ablutely true.
1, can't believe that they get paid for their posts

i joined dMania. it seems interesting and good. thanks for
the suggestion

I tried dmania today. It worked great. Thanks for providing such a platform:)

Congratulations @zombee! You have completed some achievement on Steemit and have been rewarded with new badge(s) :

Is there a LOVE button for this article?

DMania is a very nice idea.... I've never come across such hilarious memes as the one I've come across on dmania... Nice work... Keep up the good work

I’ve been running the iOS 11 betas since the beginning. The early betas were awful, and I was hoping I would get back to iOS 10 speed. Unfortunately it still feels laggy. Siri in particular takes ages to activate with the Home button.