New dMania ranking page that shows the most successful users by payout, upvotes and posts I have created a new ranking page on dMania that shows the most successful users on dMania. You can see the ranking on http://dmania.lol/ranking.

What is dMania?
dMania is an app on the Steem blockchain like Steemit. You can post memes, funny pictures and videos on dMania. Give it a try -> https://dmania.lol

I made some backend changes and dMania is now tracking all posts and syncs the data with the Steem blockchain. That makes it possible to show that data. At the moment it is not possible to query payout data for an app directly from the blockchain. 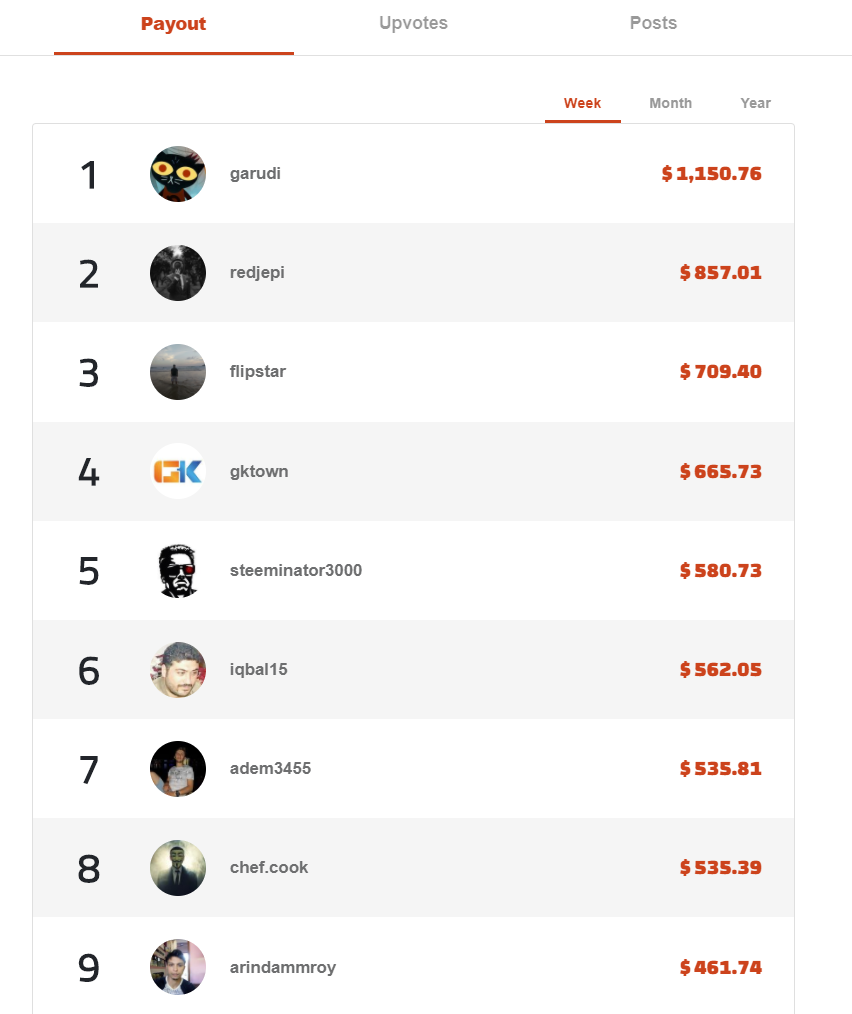 The data shows also that spammers are not getting rewarded on dMania. The people who create the most posts on dMania are not the ones who receive the most rewards. I will use that data to further optimize they selection algorithm for the bot and make everything as fair as possible.

Now that I have this data, I can add more features like that. I might expand the ranking. I could show all users and add a search for usernames.

I could also show that data on user profiles.  Would be quite interesting I think.
Just tell what features you want to see.

There are already over 150 dMania supporters.


If you have any questions join our Discord server

Please upvote, post and comment on dMania to support this project. Every single upvote counts. You can contact me on steemit.chat or discord if you find any bugs or if you have ideas for new features. Please resteem and upvote this post and tell everyone you know who likes memes about dMania. Follow @dmania and @zombee to get the latest updates about this project. steem steemdev dmania stats funny
4년 전 by zombee65
$176.68
218 votes
댓글 남기기 56
Authors get paid when people like you upvote their post.If you enjoyed what you read here, create your account today and start earning FREE STEEM!
STEEMKR.COM IS SPONSORED BY

yeah I think distribution is better than steemit certainly.

Well, @Garudi is on fire 🔥 No idea you could earn that much on DMania.

A lot of people are having a lot of fun with Dmania!

Distribution of votes on dMania is a lot better than the stuff I am seeing on Steemit currently. Good to hear that the scammers and bots are getting good traction on the platform as well since I thought it would've been brigaded by them

Congratulations @garudi and other blogger !
You all are the reason why I always find some time to open dmania even in busy schedule !
Lots of love @zombee & @dmania ! 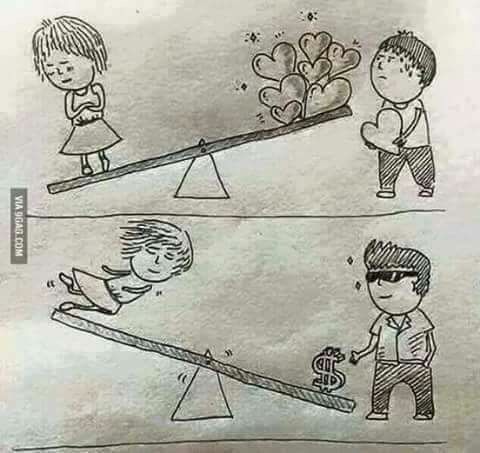 @dmania is quite interesting platform for me. Although I am not in the list but got some good gains. Thanks to @zombee for ranking system, it will boost up energy of all DManians! Love for DMania!

It's really very nice of you to share such an amazing information with us thank you so much for your great efforts!
Keep up with the work!
best regards!
cheers!

I will Get to that list soon, hope so. je. Great info. thanks for all de Dmania updates.

could you help me @zombee, please tell the BOT to UPVOTE my post. if I had his phone number, maybe I would communicate directly with BOT. THANK YOU

I think you did a good work with this article. You always share great info

Nice Post thanks you for this attractive information @zombee

Thank you for your nice post . .
I am your Fan. . Im inspired by U..
Can U plz visit my blog and give me some tips?

Great.I have followed you follow me back.Also upvoted you.Kindly take some time and upvote me.Lets help each other grow..

Hi my brother.. One day pleas See my post..

Hi my brother.. One day pleas See my post..

Those payout number are USD or STU ( steem token units) ? because those are still some pretty large numbers at the top, in my opinion.

Great great app.. Would be ranked at the top here on dmania.. Joined the discord channel now .. Would be a great pleasure support and to be part of this outstanding innovations in our dear community.. Together we change the world with the power of blockchain..

I congratulate you. You are doing very successful work. Good thing you are! I'm trying to be active all the time. Spending time in Dmania is very enjoyable. Thank youuuu :)

Currently climblin' the rankings, I thought I was in the top top, guess not haha

I thought you were at the top as well.

But your posts are competitive to be in the top !

So dmaniais exclusively for memes yeah I see @flipstar a good friend, he is amazing with memes

It's a great feature! Thank you zombee.
Let's keep it up together =)

I keep hearing about dMania but i didn't it works, wow thanks for sharing this. I think it's awesome and i'm totally checking it out

This ranking is pretty impressive. But I have posted on dmania 6 to 7 times and got no upvotes from dmania.

I feel that some of the rules to get an upvote on dmania are very stringent, like sharing your post on other social media like Facebook to get enough likes for you can get on upvote.

Some of us don't have enough followers on other social media who will give us a lot of like, + I don't think other social media should decide how anything on steemit should be done because I believe that steemit is a unique platform.

You aren't required to post on other social media sites to get an upvote from the dMania bot. Your post does need to be popular though. Otherwise people could just put up the max # of posts per day and have a higher chance of being picked.

This is copied directly from the dMania FAQ section, and hopefully it helps you to understand the requirements and have a better chance of being picked for an upvote from the dMania Bot.

How do I get upvotes from the dMania bot?

The dMania bot selects a random post on the Trending page every time he reaches 100% voting power. At the moment the bot selects a post every hour. The bot will select only posts with above average upvotes and rewards. To get an upvote from the bot, create great posts and collect rewards and upvotes from the community. Only users who are active on dMania and don't spam will receive upvotes from the bot.

Requirements to get an upvote :

Ok. Thanks for the clarification.

The bot will select only posts with above average upvotes and rewards.

but people hav some sbd to buy upvotes from many of bots so there posts having average upvotes and also best rewards
but thinks once we dont have sbd to buy upvotes and also i m getting daily 40 to 50 upvotes on my dmania posts not saying upvote to my post but i have small rewards like under 0.500 sbd so how can i get upvote from dmania
if any clarification then suggest me or solve my query
thanks @therockman

I think there is not enough people actively upvoting good posts, but mostly upvotes that are gained by bots who are paid to give likes. That is the biggest problem.
In the end only people who pay at the beginning get the bot upvote.

Bro there's trouble in the voting section. even if the adjustment is made, it votes 100%.

I didn't know about dmania.Thanks for sharing this info.I want to join dmania,Is there any Rafarel or just signUp Like steemit

Why Grumpy Cat is So Grumpy??

Dmania is amazing..
I'm trying my best also but I'm still new to this..
Hoping to get recognized soon

The new feature is very good. thank you bro

thanks for the information and the new users or small weights as we are called within the community we do not dedicate ourselves to have a better reputation thanks for this idea that helps us to grow within the steemit community and for the support to these people who struggle to be creative and novelty when uploading your post. and thanks for this https://dmania.lol that did not have any kind of information about its existence.

Being a noob on steemit, this information is very helpful and also very interesting. It's great to go to a post like this, find out who are the "leaders" and discover what makes them the "leaders". What do they post? How long have they been on steemit? How many followers do they have and how many people do they follow? Great information...many thanks.

how to join this one?

i tried but it says i should log out first?
thank you so much.
i am interested but need some help.
i would be very happy if you extend some help for me.

.I'm new on this platform.would you vote for me.