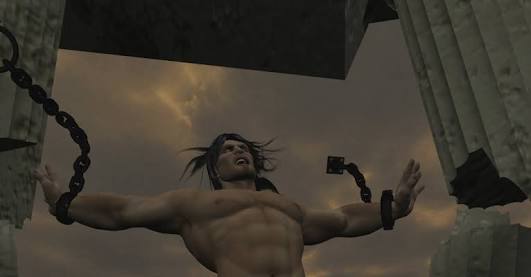 OurDailyDevotionSource
This is a daily scriptural devotional guide from my church Christ Apostolic Church and please kindly expect this from me almost daily because it is a food for the spirit. Thank you

MEMORISE: So he went up and told his father and mother, saying, "I have seen a woman in Timnah of the daughters of the Philistines; now therefore, get her for me as a wife." (Judges 14:2)

EXPOSITION:
The book of Judges tells of Samson, a man so strong that he could kill a lion with his bare hands (Judg. 14:5-6). He possessed physical strengths unequalled to any human being. But this could not compensate for his inner weakness.

All of us have areas of weakness. God wants these character flaws to teach us how totally dependent we are upon Him. When we handle our weakness properly, they drive us into a deeper, more intimate relationship with the Lord. But uncontrolled weakness wreaks havoc in a person’s life.

Samson’s Achilles’ heel was uncontrolled lust. Although he was raised in a godly home and had a clear calling in life, he gave in to his desires and deliberately violated the truth he knew so well. Despite Nazirite laws forbidding involvement with foreigners, Samson pursued a Philistine woman (Judg. 14:2). Later, he met the enticing Delilah, and even though her motives were blatantly treacherous, he gave himself over–heart, mind, and spirit–to sexual indulgence. He was in such bondage to the sin that he ultimately allowed it to dictate his actions, even at the cost of his life.

Before he died, Samson lost everything: his strength, sight, and honour. The man who once led his country mightily became a slave to his enemies (Judges 16:18-25).

What are your weaknesses today as you meditate on this subject? Personality flaws can be a powerful motivation for good or bad, depending on your response. A proclivity for sin can ruin your life–as it was done to Samson or drive you to utter dependence on God. The outcome is up to you. Work on your weak areas now before it becomes a monster that will eventually destroy you.

Good morning Sir/Ma., have a splendid weekend and do remain richly blessed in the Lord Jesus Christ our Redeemer!

I appreciate all my sources of inspiration and help on steemit. Thank you all

Thanks for reading my blog @unicorn3221 and do check back for more inspiring updates. steemchurch wafrica steemng gospel nigeria
2년 전 by unicorn322145
$0.00
5 votes
댓글 남기기 1
Authors get paid when people like you upvote their post.If you enjoyed what you read here, create your account today and start earning FREE STEEM!
STEEMKR.COM IS SPONSORED BY