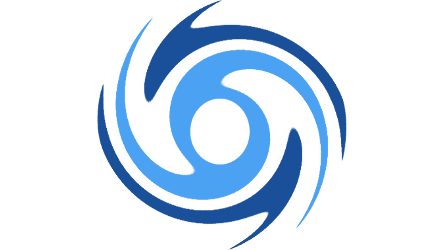 I have been collecting some extra information over the last couple of weeks, and have now changed the Sincerity API to make this data available to 3rd party developers.

The database now stores all accounts which have commented or voted in the most recent 14 day period (previously it was only those which commented). This is currently 122,629 accounts, which I think is a reasonable measure of active accounts. It also stores two weeks of comments and votes (currently 2,304,680 comments and 10,889,570 votes).

It is also collecting message transfers (<=0.01 STEEM/SBD) and transfers to paid post promotion services. This data seemed most relevant to some of the main aims of this project, but I may expand it further to collect all transfers in future.

I have added some extra fields to the account_period_summary data, including comment_exchange_count. This is a simple attempt to measure social engagement. If account B comments in reply to a comment by account A, and account A responds back, that is an 'exchange' by A. The more of these an account has made, the more engaged they may be thought to be.

I have also added several new API methods, and you can find more details in the API specification page.

In summary, the new methods provide access to some of the extra information being collected and also to basic account information. You can for example see the active accounts with the highest reputation, most engaged accounts and the most promoted posts.

The new information hasn't yet been incorporated into the spam classification algorithm, but this will probably happen soon if any of these 'features' look helpful when I do the next training round.

As usual, I will make much of this data available for end-users through steemreports.com in the next day or so.

steemdev steem spam api steem-sincerity
3년 전 by andybets62
$137.21
24 votes
댓글 남기기 9
Authors get paid when people like you upvote their post.If you enjoyed what you read here, create your account today and start earning FREE STEEM!
STEEMKR.COM IS SPONSORED BY

That's a lot of data to process, but it seems to be giving good results. I see a few genuine people getting labelled as spammers, so maybe they need to look into how they post

Thanks for the feedback. It's helpful to get corrections through SteemPlus by reputable accounts, as it reduces the checking I need to do. I will look at some of the corrections you submitted, and see if anything occurs to me.

Awesome job :) The connection with Chrome steem extension gave interesting results, its fun to check how accurate the classification is :)

Hard question but probably more humans wrongly labbeled spammers. Maybe because they create a lot of short posts? Like a photo or meme posts, but they dont spam at comnents (so much:)

@tipU pays 100% profit + 50% curation rewards to all investors and allows to automatically reinvest selected part of the payout.