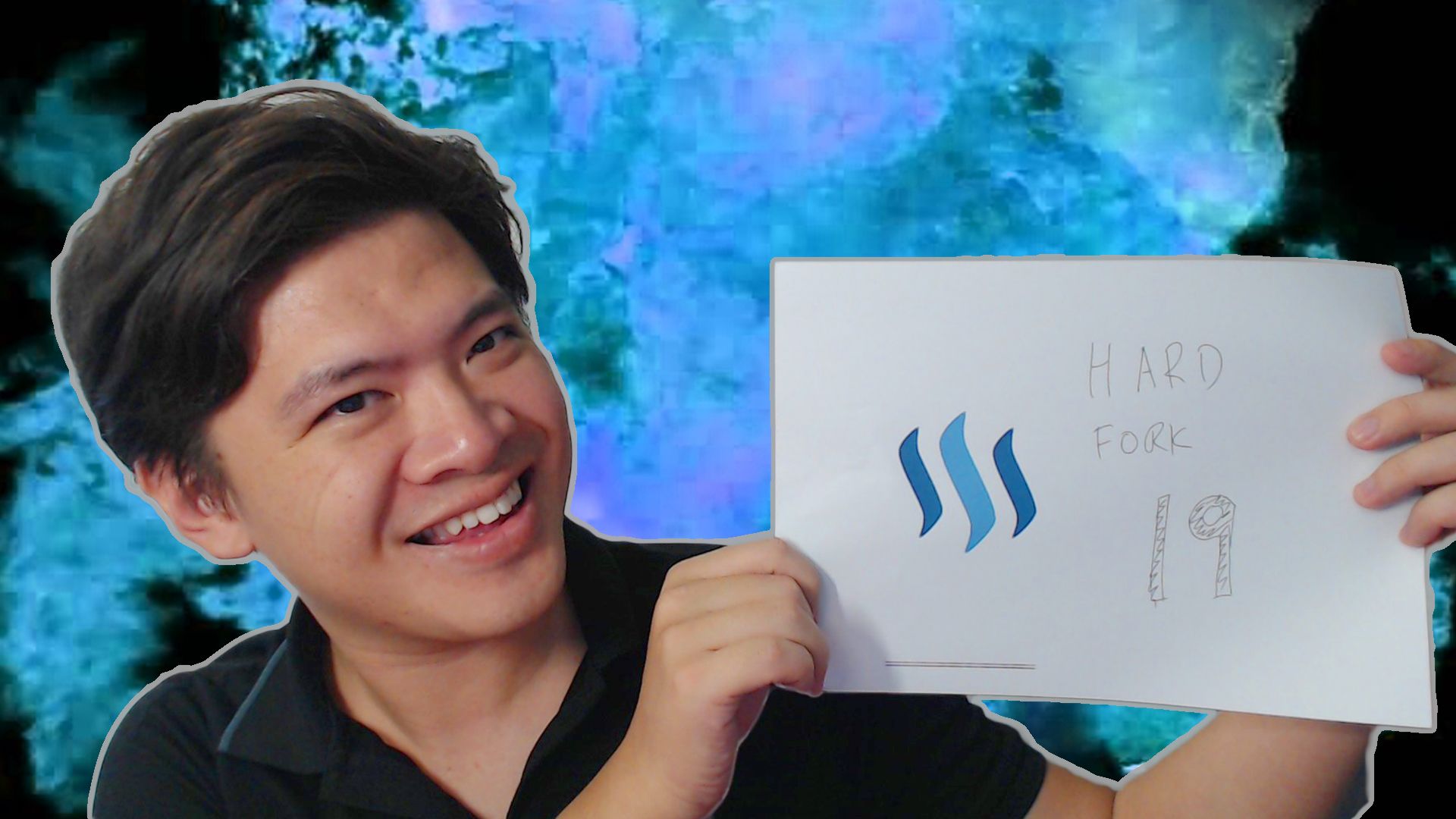 I came on Steem today and saw a pleasant surprise, the amount I got paid from my posts almost quadrupled!!! At first I thought it was a bug, and the numbers weren't showing up properly on my computer - but it turns it was actually the result of the newest update- HardFork 19!! I would like to thank the STEEM community for suggesting and supporting this change. I did some research and found out how these changes worked:

In the latest update, votes are worth more at the start and slowly degrade in value. This the first few votes of the day have a lot of value. This makes a lot of sense for me, as I usually only vote 4-5 times a day, so having more power at the start of the day makes a lot of sense. The voting system now degrades based on remaining vote power as opposed to total vote power. Whilst this means every vote counts less, it greatly benefits those who don't vote as many times during the day.

Power to the minnows! Steem now rewards based on 1 STEEM 1 VOTE! This makes being a small player in STEEM much more worth it!

Why is this good?

First and fore most, this update favors the small time STEEMER - those browse STEEM casually every few hours. This means they can have a bigger say with fewer votes and are not as hard pressed to vote like a madman.

One thing that I read from @jerrybanfield is that top posts dropped whilst smaller posts rose. This is a great change the startup casual content producer, someone who really wants to write good content but might not have as many fans as the big boys.

After this update, I'm going to try twice as hard to get my friends on STEEM. And more importantly, get my friends who stopped posting to restart. A lot of my friends made accounts but never went beyond posting more than 4-5 stories because they felt like their work wasn't getting anywhere. STEEM is now 20 x more encouraging, especially if I can help them with their first few posts.

I hope everyone is reinspired to start writing! Check out my Content Creator's Guide!

steemit steem guide money cryptocurrency
3년 전 by boxmining72
$52.90
75 votes
댓글 남기기 21
Authors get paid when people like you upvote their post.If you enjoyed what you read here, create your account today and start earning FREE STEEM!
STEEMKR.COM IS SPONSORED BY

Good post, thanks!
@crypto-investor did a great analyzis how the effect on the inflation rate is. It remains 9.5% and decreases by 0.5% p.yr.
The remaining question is how Steem Dollars effect the inflation rate? Do you have information about this?

How do you think this update will effect the price of Steem on exchanges though? I would assume that it drops significantly to equalize things out.

I was considering upgrading my genesis mining eth contract.

Now I am thinking to just get more steem instead.

On a side note have you recieved ETH payments from genesis today? It is the first time they are late with it for me.

Keep up the good work.

Start creating more steem posts :D Yeah seems like they are a bit late. Not very unsual but i'll keep an eye on it.

ether itself has issues today, it will come, its not genesis fault.

great for the community and inspiring people to start creating and reading!

Good article boxmining... I also enjoy your talks on youtube and nice live stream with Ivan :-)

This video was the one i saw first, nice content and points there! Great

Yea, this fork seems to help out us little guys alot. I noticed my vote now gives people 3 cents, instead of the maybe .75 cents it did before the fork. How much more does your vote count for now, Box Mining?

This is getting crazy. I only hope this positive trend continues, and even better, if they could integrate their own video hosting to usurp Youtube's control in that area!

Steemit user interface needs a lot of work to compete with YouTube or Vimeo.
Also, I see a lot of reuploading of non original content. Wonder how long it will take before somebody cries foul and pulls a copyright violation. How will steem deal with copyright violations? Also are you uploading these videos to steem or are they just linked to YouTube?

Steem doesn't have a video playback system, but parses youtube videos as embeded videos.
regarding copyright that's an interesting question, the only way i can think of is by community flagging. Reddit uses that system and it's been working so far.

Have seen what would be called copyright violations already. Can content be removed from steemit. or is it forever in the Block Chain. And I found this video interesting.

Enjoy your work and perspective you bring. Loved that video you did with Ivan also. Keep up the good work.

Thanks for the great videos, I follow you every day. You are really giving some deep insights.

What is your opinion on LBRY?
https://steemit.com/cryptocurrency/@flauwy/lbry-cryptocurrency-the-revolution-of-decentralized-digital-content

Thanks flauwy! I'll take a look at lbry

Cool. Here I cover what happened in the live event (which wasn't a lot): https://steemit.com/cryptocurrency/@flauwy/lbry-live-event-open-beta-starts-in-july

To use your own advise from your Steemit video: Please follow and upvote. ;)

Very nice of you to share your experience of starting on steemit - good and bad. You are my favorite blogger on crypto. Thanks for all of the info.