In my previous post, I looked at the quarterly churn rate of the users based on their voting. You can check it at:

I thought of finding which country is the most influential or engages the most on this network. Sadly, Steemit blockchain is not stringent about storing the geolocation of its users. In fact I came across a whale who has described its location as 'Milky Way Galaxy' 😂 . Good luck with spotting this whale without hacking. So I decided to take up the next most important component after location - Time to find when the network is the busiest with its voting. I am not taking up posting and commenting yet as voting is the primary incentive for rewards I will include them in a later post.

The data being used is still from the ever reliable steemsql.com. I have connected Google sheets to it for pulling up the data I need. For Analysis, I decided to use the Tableau Public BI tool as it is free and has the ability connect to the Google Sheets. You can download it from https://public.tableau.com

Fun Fact: We have a new minnow amongst us.

The steemsql server has it's timezone set to GMT+2 hours, I have adjusted the timings to GMT so that it is easier for everyone to comprehend the time being displayed.

My previous article did not carry any charts, so I decided to spice up things a bit. Using Tableau, I connected to the google sheet and pulled up the dimensions and measures required to get a chart of the Voting patterns on a particular hour in a weekday. Here are the results: 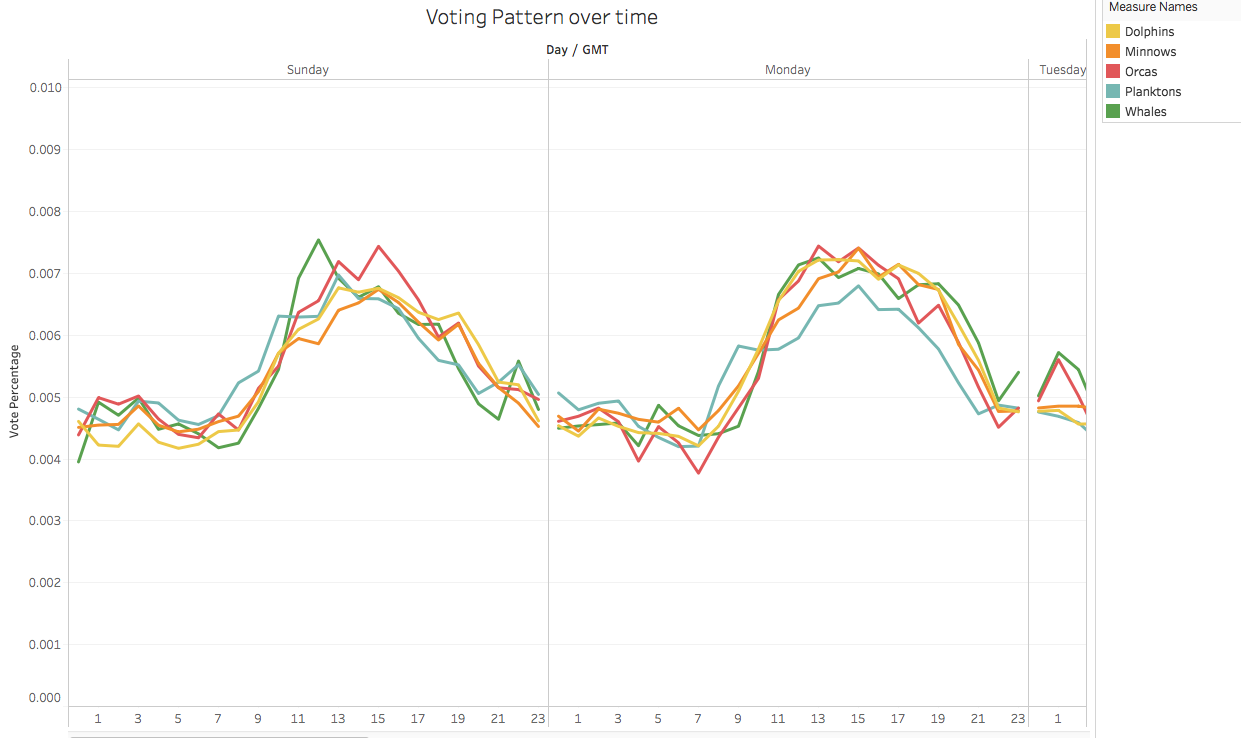 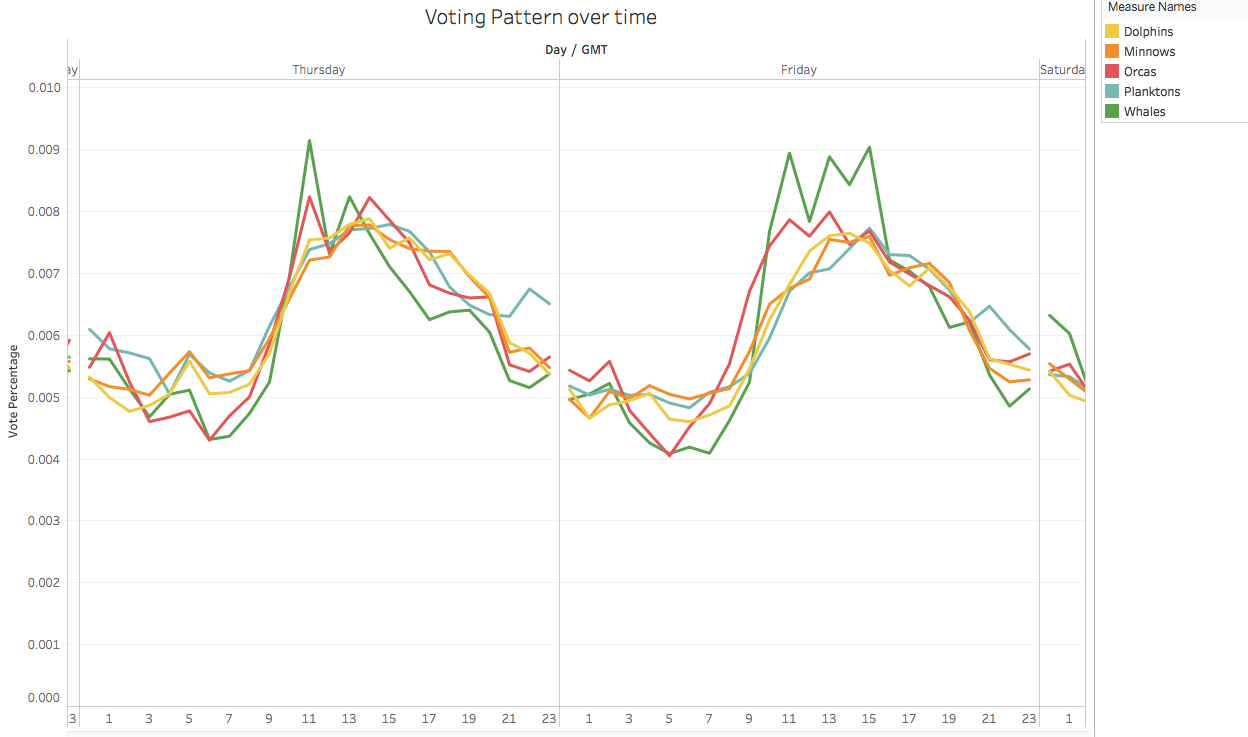 steemit bisteemit stats technology math
5년 전 by dbdecoy53
$1.74
14 votes
댓글 남기기 5
Authors get paid when people like you upvote their post.If you enjoyed what you read here, create your account today and start earning FREE STEEM!
STEEMKR.COM IS SPONSORED BY

Great article, thank you! I especially appreciate you mentioning steemsql.com, I'm surely going to dive into that database myself :D

Do check the database. Its fun to query the data there.

Hi @dbdecoy, I just stopped back to let you know your post was one of my favourite reads and I included it in my Steemit Ramble. You can read what I wrote about your post here.

Excellent curation article. Thanks for mentioning my little piece. Following you to get further such good lists.

Thanks for that analysis, @dbdecoy... very useful. Or at least I think it will be; I'm going to try it out for myself.

Since this post is past the 7 day mark, I sent you a small tip from my wallet.