EMERGENCY!!! Steemit is FAILING and you need to POWER DOWN and SELL, NOW!!!! 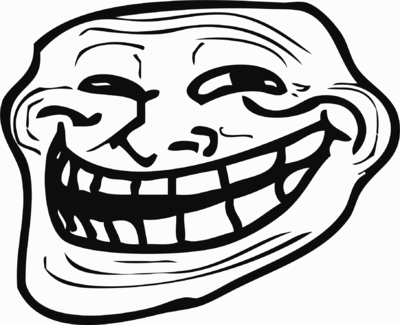 Lemme' give ya'll a little tip Steemians. The value of Steem is volatile, when I first joined Steemit just under a year ago the price was at about $1.5 and I was so flippin excited!! By the time I had managed to figure out how to set up a bitcoin wallet and put some money into it, the price had fallen to about $1.25, GREAT I thought, a little dip in the price and now is my time to buy!

It was literally the only time I have ever spent any "real" money on Steem and I paid about $260 canadian dollars for the equivalent amount of Steem, which I immediately powered up!

Then the slide really kicked into high gear. 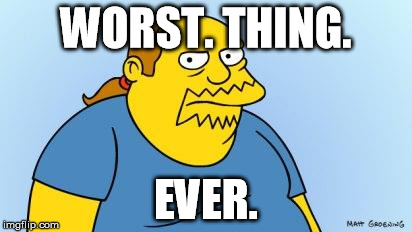 Wow, wish I had some cash to throw into Steem now! But wait, maybe that's a stupid investment, I mean look at how Steem is tanking, it's like hopeless, why would I invest now??? EVERYBODY SELL SELL SELL WHILE YOU STILL HAVE SOME PENNIES LEFT!!!!!! Yeah, sooooo that turned around....

I got busy with life and an international move and forgot about Steemit for about two or three months, came back to find that my account value which used to be under $1,000 was now worth over $20,000...

Steem jumped on a freakin rocket ship while I was away! And I used to get freakin ned votes man!! NED VOTES!!! WHY DID I STOP POSTING!!??? What a squandered opportunity that was.

The price goes up and down folks, just be glad you weren't around for the bad times.

No, scratch that, you missed out on something amazing during those times.

Get your heads down and get ready to Steem on folks, there might be some rough waters ahead, but the adventure always makes the reward more sweet! 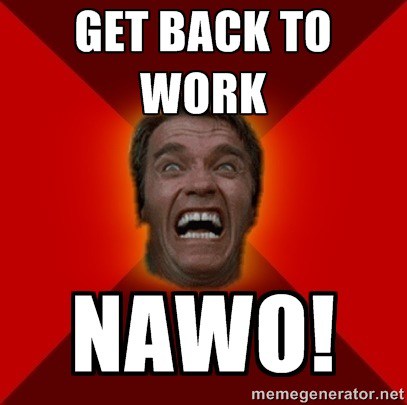 As always if you liked this post feel free leave me a comment and toss me one of those juicy, delicious, nom-nom-able upvotes, you know I always appreciate both! And be sure to follow me @dexter-k on Steemit to keep up with our travels and see new original content all the time.

steemit steem life funny whalepower
4년 전 by dexter-k67
$12.42
61 votes
댓글 남기기 62
Authors get paid when people like you upvote their post.If you enjoyed what you read here, create your account today and start earning FREE STEEM!
STEEMKR.COM IS SPONSORED BY

@dexter-k, I remember $0.07 Steem. I almost bought some back then. Missed that opportunity, but we have more to come. Steem On Dude!

Maybe not but who knows

I know right?? I totally missed that one now that I am looking back. But hindsight is 20/20 right? Steem on @runridefly!

Well developed post. I will mistaken you to be a developer rather than a writer if we were just chatting. By the way, your advice is right on point. Its time for all who want to join the train to come in at a real affordable price. Blockchain is still young and so is steem.T

hi, if it weren't for people buying up steem or any other currency when it is down then it would crash burn to the ash ! Untill people are excited about an idea in this case #steemit and steem #dollars then I wouldn't worry much. The excitement is ever higher and I think we will see a steem way over 2 dollars this time around! ALWAYS BET ON #CRYPTOS ...LOL

Well actually I'm neither @tj4real! hahaha, really I'm a photographer and that is mostly what I post about, but once in a while I do a steemit related post too :) Totally agree with you, blockchain in and of itself is still young, and Steemit is just a baby, there are bound to be some ups and downs but it is going to grow no doubt about it!

Everybody is cashing out to buy things and new experiences to blog about..

So began the bitcoin and look today to what height has arrived and I have the impression that steemit will be the same or much better, so buy steemit crazy!

Totally agree @alexis22, Steemit is a solid platform and every day becoming a proven solid crypto, it's not going away, and in the crypto world that means its going up!

Yep, always pays to hang in there!

This is a very good post and thus earned an upvote and a follow from me. I like your sense of humour . I am almost 1 month here and my strategy is to power up because am passionate about steem and believe that its real value will be realised by year end.
Lets stay in touch and thanks for sharing.

Thanks so much @charles1, I really appreciate it! I was the same as you when I first joined and it has been an amazing ride, things are looking so positive right now, even though the price is down. This platform has survived a crazy bottom out already, Steem isn't going anywhere but up.

I agree hence why my strategy is to power up , I think that if all goes weel , price might reach 20-100 USD by end of mext year and I will invite you for some cold Bavaria beer and Nurnberger Bradwurst (see my latest blog post for an example).
Hope that you will stay in touch. More success.

Yes @stackin! Powering up 100% will help the price stabilize as well, forgot to mention that!

You're right, back to work: D

Yup, let's get back to work @lasper!

Heads down boys! We've got work to do.

Thanks @thedamus, let's get to it!

Thank you for the history, humor and encouragement. Resteemed & upvoted (though weak 😁)

Thanks so much @wandrnrose7! Glad you enjoyed the post, and don't worry about being low power right now, we all started out with basically nothing (except those that can afford to buy in a lot) back when I first bought steem the roughly 190 SP that I got amounted to absolutely zilch in regards to actually altering what my vote was worth. Keep working at it and soon you'll be droppin huge votes like a boss!

Thank you so much for your support... That is very encouraging!

I love the creative use of the memes keep it up!

Thanks @dallacasa, I don't often do a Steemit related post, but when I do, I put lots of memes in it.

You almost got me there with ur tricky title. I was secretly hoping that people just read your title and sold some steem so noobs like us can pick some cheap!

hahaha, I knew I had to make it painfully obvious in the first sentence, Steem on @rkreddy, the price might come down more yet but it will bounce back!

Irrespective of crypto success in general - this one is based on utility and based on Ned's interview if we end up adding shopping on to this platform (dreams of collaborating with Amazon with amazon shopping cart on Steemit with Prime shipping come to mind!) and you have a jet turbos booster to Steem engine...

Amazon has everything collaborated including integrating whole foods why not crypto and if crypto whats better than Steemit?

oh me and my grand dreams!!!

lol man, don't joke like that, some people will believe you :))

hahaha, I know @jwolf, I had to make it super obvious in the first sentence ;)

Arnold's Best Role was the 1st "Conan the Barbarian" he didn't have to say much...

Haha, good call @primal-buddhist, I was always a fan of the first Terminator as well.

HODL, forget for a while and going on vacation in some days !

NICE! Thanks for the yunk vote @yunkzilla :)

Well written and explained. I almost powered down dude!

Dont power down man! Now is the time to hodl and start earning that Steem!

I agree, it's best to hold and ride this out right now.

Totally @abso! I pretty much have always powered up anyhow so I don't even have a choice, hahaha, but if I did I would hodl anyhow :)

Super newbie here! I am right now, just concentrating on trying to learn how to "do it" and make a difference in the world while making some money. Your post helped me to better understand steem dollars. Thank you!

Glad you enjoyed it @lindasymonds, I was a complete and absolute rookie to all things crypto currency when I started with Steemit, but that is one of the most amazing things about this platform. It can teach you about this incredible thing and make it enjoyable and profitable as well! Keep working at it and don't be afraid to ask questions and learn, this community is very helpful and especially if you are kind :)

Glad this ended on an encouraging note cause you had me going there for a while.

Glad you liked it @michelletsz, I'm not one to complain, I prefer to encourage :)

This is a buy low point. And if there is more to come, good. I hope to buy even more STEEM. I like the platform and I am ready to stay.

Totally agree @revelationquotes, this platform is an amazing invention, and those who see it can see it's potential too!

hahahhaahaah FUCK YEA!
Great post. I love seeing this. I have been saying similar things a lot lately. This is a great time for me on Steemit I know that. Im in it to win it!
Love you and Steemit!
SteemON!

What is steem's current price cuz i'm getting a job?

coinmarketcap has it at $1.24 currently, still on a downward trend but not like the crash of before. I'm expecting the price to drop lower before it comes back up, but it will come back up, and with a vengeance!

That's the right perspective. The ONLY reason I took my last job was because I wanted to stack up more physical silver. Honestly, I didn't "NEED" the extra money. I have learned to get by with my current, fixed income. The addition of any extra funds was simply to better prepare myself for a possible financial armageddon. It may, or may not happen. But, if it does, at least I know that right now I am able to survive it for 2 or 3 months longer than the average person in my country. That's not much - but it's much more than I used to have.

Whether or not you decide to put your money into physical, bullion assets, or some cryptocurrencies - it's a safer bet than the U.S. Dollar, at this point. Keep up the good work!

well i hope it goes up

Oh it will @blazing, dont you worry :) That face though hahaah

yeah you can never know and who knows steem might reach $10 by end of this year! =D