How to earn 20$ on Steemit every day and why? Most of the new and even old Steemians are not satisfied with the low amount of upvotes and views on their posts. After HF19 happened, it's natural that majority of this community is saving upvotes for the content and authors they enjoy and like. SteemPower influencing is possibly the most important part of Steemit. It's a collective determination of what content is going to get attention. That's one of the best things Steemit has to offer...but, there are also new users incoming (I'm one too, joined in May) who consider that Steemit is not fair. Let's make that clear: life is not fair. So how can one network which is still in it's beta stage, and a social experiment be immediately fair? Are you so optimistic and hyped in the belief that everything has to be fair?

Yes, there are things that need to be improved, but that will happen in time, as this community and it's collective intelligence is gaining more awareness of the pros and cons of the current stage of Steemit platform. I think that most of the new users are here because someone told them they can make money. That is true. This is probably one of the few legit online money-earning websites, and the best thing about it is that you are earning for sharing your content. It's social media state-of-art. It's how it should be. It's how it is. It's how it always will be... Steemit is a revolutionary platform that will change our perception of social media concept on the worldwide, mainstream level.

The best part of it: it's run on decentralized Blockchain platform! What about those 20 bucks?

You didn't really think I will tell you the secret?

When I joined in May, I didn't post enough in the beginning. I was just reading how things are going here, learning and reading about Steemit. Now I'm on the run of reaching my first 500 SP, so here's my view on the daily-earning situation. 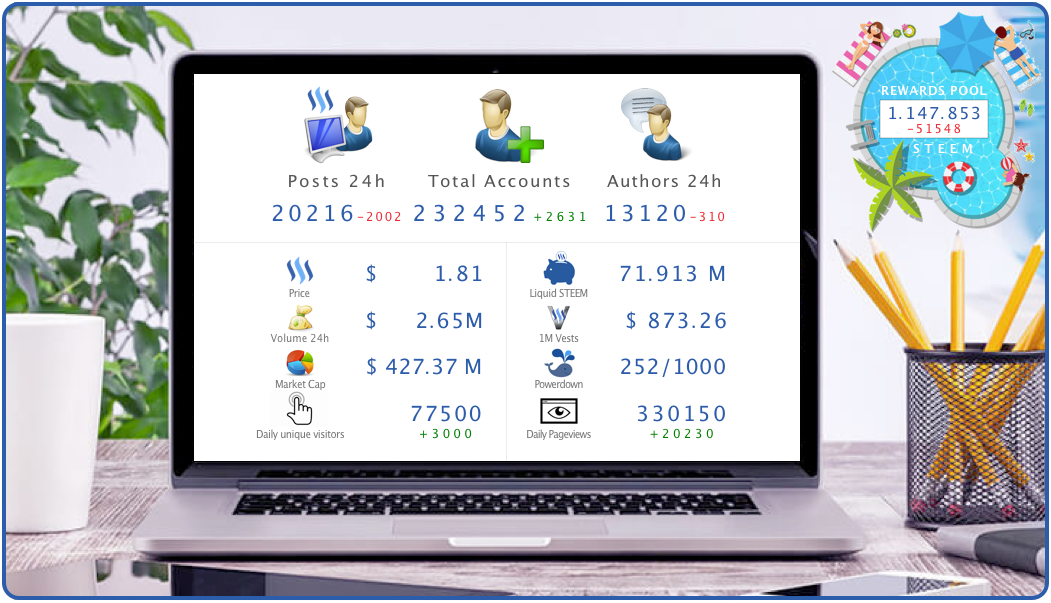 To be honest. I only have a couple of blog posts that went to 20$ or above. It's my lack of time needed for researching the particular subjects I'm interested in. Also, there is a language barrier and my lack of english. But, I'm hoping to improve myself in the next months because Steemit is going mainstream, and only high quality articles and authors will actually have a chance to get on the stage. steemit minnow steem writing life
3년 전 by freedomnation57
$6.65
33 votes
댓글 남기기 23
Authors get paid when people like you upvote their post.If you enjoyed what you read here, create your account today and start earning FREE STEEM!
STEEMKR.COM IS SPONSORED BY

Whoever made the Steem Park edit, that's dope looking. Really like the style behind it. Here's to your hopefully $20 on this post :)

even though its my first day here, I think that everything around steemit is cool. This stuff is dopest!

Again, another awesome post @freedomnation ! You got yourself a new follower. Thank you for putting this together. I also feature other authors on my daily STEEM & SBD price report, such as @elyaque and a couple more. Hope to see more of your content, keep it up!

Doing all that, but...I don't know. Maybe the result will show in coming months

Well, It's all up to community.

Your english is very good for it not being your first language! Don't be ashamed of it!

I enjoy writing long stories and posts. But translating those from my language to english would take too much time. I might start to write this summer actually.

Well good luck, seems to me like you're well on your way to getting the hang of it!

When I read "Also, there is a language barrier and my lack of english," I said to myself, "what the hell is he talking about?" I love your write-up and you passed your message across perfectly. Keep it up.

thanks for a nice post I think you are so right!! i will start focusing on choosing topics!!! :)

I am just getting started with steemit and am in the process of writing my introduction article. Thank you for the tips!

Thank you veru much!

This was one hell of a long post but totally worth it, Im new here and not much of social media junkie but I tend to have the ability to make anything work and Im determined to make Steemit work for me! Any assistance from experienced steemians is highly appreciated. Keep well to all of you! @longfield98

Keep it up. Steemit is unlike any other social media out there. You will eventually find your niche topic to write on. Steem on!

Thanks for the tips :) Seems a long process but I believe this is a social which is worthy to use instead of others where a person not only doesn't earn but he or she spend all day to bring content and nobody cares.