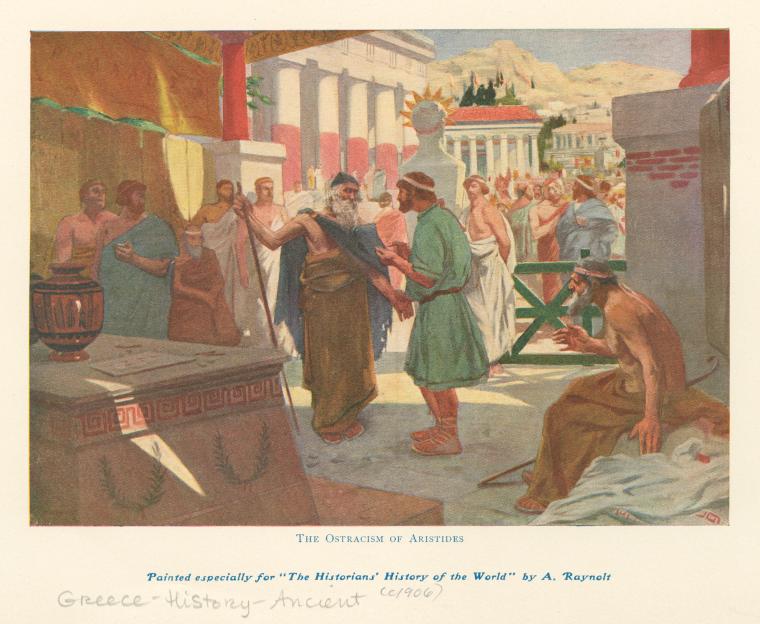 Term coming from ancient Greek language - practice as formally sending to exile one or more persons by voting. Unlike empires and kingdoms of that period where positively influental people were appreciated for their efforts, celebrated and read, in slave-democracy Greek society, being popular, innovative, famous, infamous or simply having a group of haters that don't want you in town meant only one - Ostracism vote! Voting right on ostracism was allowed to everyone who had "citizenship" in polis (Greek city-state). For quorum, there had to be 6000 votes, all written on clay tile. They had to write full names of the citizens to be exiled from the state. Person with the majority of 6000 votes had 10 days to pack-up and leave polis for a period of 10 years. This person wasn't considered dishonorable or evil, nor did he lose his civil rights and property. And, he could be invited back home after some time. 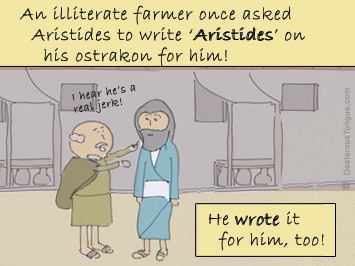 Some people made a name for themselves in the polis they were exiled to, like Themistocles - Athenian politician and general. This practice was used mostly in the 5th century B.C and many influental Athenians and the others fell to it. Aristid, Thucydides Cimon and many other popular Athenians were ostracised. The last known person to be ostracised was Hiperbolus 417 B.C. It is said that this practise was used on Siracusa too, where they wrote names to be exiled on olive leaves. Thanks for reading the article.

steemit psychology philosophy history balkanos
3년 전 by freedomnation57
$0.51
16 votes
댓글 남기기 6
Authors get paid when people like you upvote their post.If you enjoyed what you read here, create your account today and start earning FREE STEEM!
STEEMKR.COM IS SPONSORED BY

The @OriginalWorks bot has determined this post to be original and upvoted it.

@freedomnation Thanks for sharing with us! I also enjoy ancient greek mythology and history. Id love to hear more about what you think egypitian pharoahs got their style from and how they are similar to what you were saying early in this article. Great content!

Do you mean the material used for Ostracon? This was 5th century B.C, in that period of time Egypt was struggling for independence from Persians with major revolts every now and then.

A practice that should be resurrected for Western democracies. Modern politicians have very little cost of enacting poor policies or frank criminal incompetance.

Congratulations @freedomnation! You have completed some achievement on Steemit and have been rewarded with new badge(s) :