Peter Saddington purchased a $200,000 USD Lamborghini for 45 bitcoin that originally cost him a mere $115 USD! 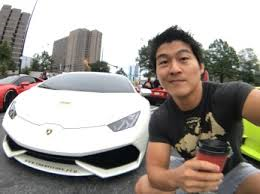 Despite his celebrity style dream car purchase, he considers himself a HODLER. He has been purchasing it every week for since 2011.

When he purchased, his bitcoins were worth around $5,000, so with the increase of bitcoin, his car effectively cost him a little more, but I am sure he thinks it was worth the indulgence.

steemit steem money crypto bitcoin
3년 전 by senseicat72
$18.84
15 votes
댓글 남기기 10
Authors get paid when people like you upvote their post.If you enjoyed what you read here, create your account today and start earning FREE STEEM!
STEEMKR.COM IS SPONSORED BY

Props to him. Sadly I didn't have the cahones to pull the trigger on crypto way back in the day - well deserved reward for the pretty huge risk back then!

Awesome Story. Now he needs to invest 1 bitcoin to pay the insurance and repair cost later.

Peter is so cool and have a lot of sense. I love his channel and would love others to follow his channel if you have not. Nice car Peter

I love his car :P

It is a good little story around bitcoin price.I appreciate that.Carrry on your activity.I will for next

he is very lucky to know about bitcoin at that time by the time I started crypto btc at 1100$ late to the party but not too late I guess :P as being a student can't afford to buy more than one but I know the potential at that time itself. I miss my lamb :(

Nice to meet you. I first started to get into steemit. I'll follow you. Thank you for a good article.