The Steemit view counter is gone! Why it wasn't effective and how it could be improved in the future 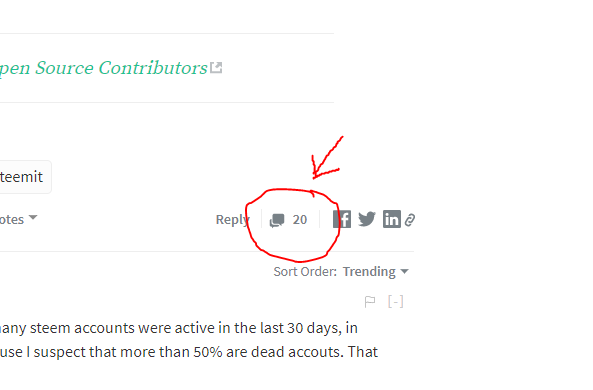 You may have noticed that the views counter on Steemit.com has gone. I really liked the feature in spite of its short comings because it is an essential metric, found on any social media site we know today.

Now authors can't know how much traffic their post got anymore. To improve your future posts you must know how good your post was. This can be measured by likes or the upvote value. However, great posts often go under the radar and don't get much attention. Therefore a Vote per View value is much more representative of the quality of the post.

Big companies know this and because of it even Twitter tells you how many people viewed your Tweets. What's more, it is a great way of tracking your overall growth and reach.

(Sorry for the German screenshot)

A lot of ICOs also have started advertising on Steem and to track their conversion rates they need to know how many views their posts got. You may think it is good thing because you don't like ICO promotions but they bought a great amount of STEEM/SBD to promote themselves which drives the price up.

The view counter was a feature by Steemit.com. This means that views from other Steem interfaces were included. So posts submitted on utopian.io probably didn't have an accurate view counter because they got a lot of traffic from utopian.io itself. Nowadays more people then ever use alternative interfaces like busy.org so the view counter isn't accurate enough.

However, I still consider it way too useful too remove it but I would prefer an alternative solution. Hopefully we will soon know what Steemit is planning...

Every Steem interface would then have its own view counter. After one hour they would add the new views of their own website to the general view counter in the json_metadata.

If every major interface adapts this view counter almost all views would be counted and accessible from all websites.

The biggest problem with this solution is scale ability. If this view counter was instantaneous every new view would result in a new transaction on the Blockchain. Steem may be one of the most maybe the best scaling Blockchain project but this amount of transactions couldn't even be handled by Steem especially with growing user numbers.

I'm not entirely sure what Hivemind is going to be but as an external database it could be updated more often and would require less computing power. These off chain updates wouldn't put anymore load on the Steem Blockchain and hopefully still enable a decentralized view counter. So it would probably be better to store the view counter there but I don't know if this will be possible. If you have been following me you may have seen that I did not post anything for a while. This is because I'm currently really busy at school having exams and writing my seminar work. I have a great project planned but won't put out any information or deadlines because I'm not sure if I could live up to my promises. However, I just felt the urge to post something and so I wrote a little post about the missing view counter...

I still hope you liked it! Consider upvoting or following if you want to know what I'm up to in the future :)

steemit steem steemdev suggestion cryptocurrency
2년 전 by wil1liam52
$8.30
65 votes
댓글 남기기 10
Authors get paid when people like you upvote their post.If you enjoyed what you read here, create your account today and start earning FREE STEEM!
STEEMKR.COM IS SPONSORED BY

I am really disappointed that the view counter is gone. My two most recent posts had many views but few upvotes as they shared well outside of Steemit. Last I saw they were over 8,000 and over 11,000 for views but earned less than $2.00. The views are what matter most to me, not the upvotes or value. I am really disappointed and hope it comes back soon and that the current views have not been lost.

without any outside views Steem won't grow as fast... it is really essential for the platform!

There is one big problem with your solution. It requires editing a post on user's behalf. It is only possible if the interface stores private posting key of the user on a server, access_token + refresh_token in case of using SteemConnect, or to add posting authority directly to the interface's proxy account.

Thanks for the info! I haven't taken this into account...

I have never used SmartSteem, but if they vote on your behalf then yes.

However, as far as I know, they use SteemConnect, so the information they store isn't as sensitive as a private key.

If you want to know why I think the SteemConnect's access_token is not as sensitive as a private key, check this issue:

Thanks for educating me!

I liked this feature, but I suppose the scalabilty issue can't be ignored. I'd like to see people's faces next to their names on my following list. It would help a bit.

I also see it that the view counter now not show. I appreciate your explanation about the steemit view counter.