Someone has to Rape the reword pool or whatever you choose to call it. Enough hate on Haejin. The guy is a genius. 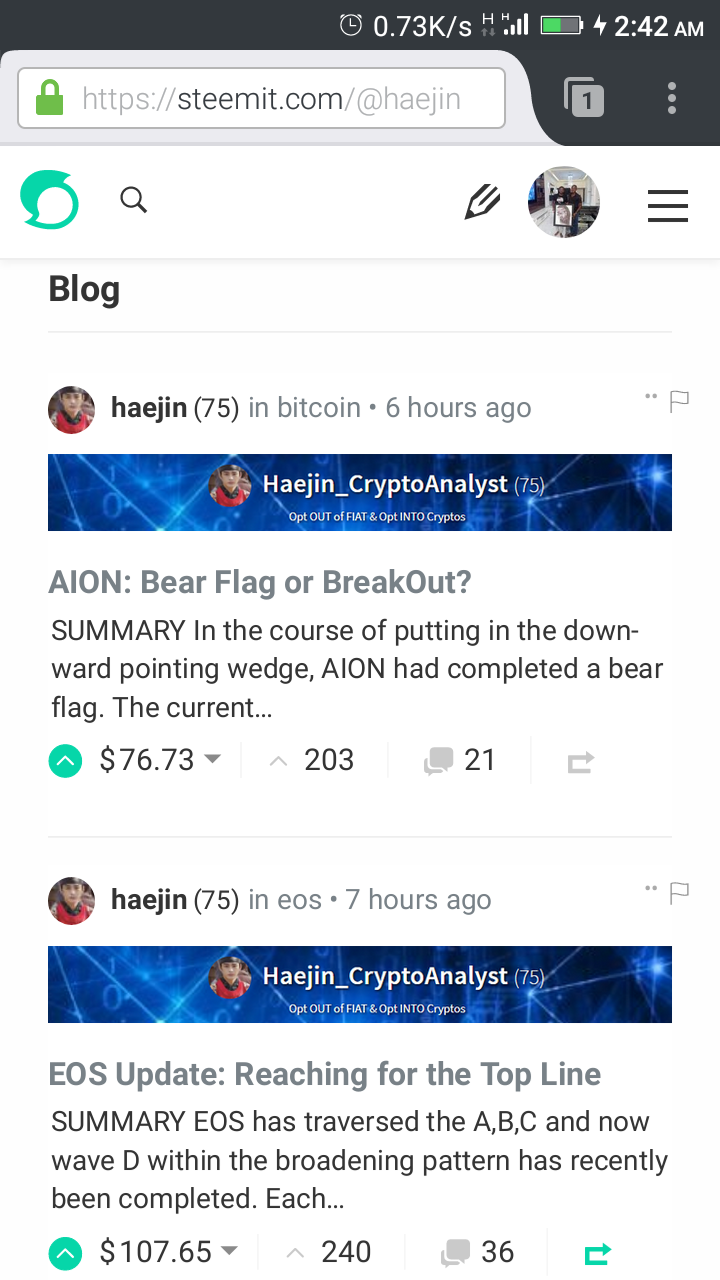 OK after much fuss about "the guy raping the reward pool" I decided to do a background study on the guy @haejin. And what did I find?

The guy is a fucking crypto genius!!! Hate it or love it.

Yes! You don't become a whale overnight. You actually have to put in work to get there and that's what the man has done.
You need to go back over to his page to see for yourself.
https://steemit.com/tierion/@haejin/tierion-tnt-breakout-in-progress

https://steemit.com/eos/@haejin/eos-update-reaching-for-the-top-line
So it is time we stopped bickering about how much he makes cos he puts in work for it.
Let's face it, if most of you had half the chance he has, you would probably do worse.

If you keep worrying yourself about other peoples income then you might get a stroke someday and die before it's your time.

Bill gates made 4 Billion Dollars in the first 14 days of 2018. I didn't see anybody say that he was raping the world economy.

**I think it's high time we let @Haejin be.
You could take that advice or leave it, but hear me, he could flag a hater to oblivion.
Don't be one.

steemit haejin steemitabuse steem-promo bitcoin
3년 전 by youngfred45
$0.03
2 votes
댓글 남기기 7
Authors get paid when people like you upvote their post.If you enjoyed what you read here, create your account today and start earning FREE STEEM!
STEEMKR.COM IS SPONSORED BY

That is basically proof of stake at work... My question is how much does he contribute or give up to minnows and plankton to help grow the platform?

I have not found his advice to be useful in my own decision making, his posts are a little dry and excessive. Much of these prediction techniques are seeing things by looking really hard. There must be more prosperous information to distribute with that kind of audience. Give back to some minnows! Promote more adoption and he'll gain a whole lot more as the price of steem rises. So will all of use already here!!

I get what you are trying to say but sometimes people don't always act the way we want them to. And sometimes too people are not always generous. We should just try to change them and not attack them, cos that does not change a thing.

Well I appreciate your offer to avoid conflict and distribution of hate. No one came to steem for that kind of post. I think rather than changing people we should offer them something instead since people generally respond well to generosity.

What do you think we can do to improve the situation?

I can't say that there is one thing that will give an instant solution.
But we should try to be nice to him. And see if he can become generous and help minnows in the long run.

I dont know the guy, as many here (I guess) I only came across negativity when his name was mentioned.. But I am all about investigating and form your own opinion, so respect for that! I am curious about why he is a genius now, so I will read your links.. have a good day!

Ok thanks. You too