Before I begin anything, I want to quote one of the greatest mind of 20th Century, Werner Heisenberg:

“When I meet God, I am going to ask him two questions: Why relativity? And why turbulence? I really believe he will have an answer for the first.”

But what about answer for the second?

Many of us believe quantum physics and the theory of relativity to be the concepts hard to grasp but still there are mind boggling problems in classical physics, and one of them is the phenomenon of turbulence. Not just mind boggling but unsolved. YES, you heard me right: Turbulence is one of the greatest unsolved problem in physics. But what is turbulence? We will talk about that later. In this article I want to talk about two things that may appear highly unlikely at first: The Dimples on a golf ball and Turbulence. The Question is: Why are there dimples on golf balls? Is it for aesthetic? or is there a science behind it? Spoiler alert: The answer is Turbulence. Figure 1: Dimples on a Golf ball

Many people relate turbulence to a bumpy flight. I have been there. Since, I am a mechanical engineer; I know how safe the airplanes are but still flight turbulence scares me. But I am not here to talk about the turbulence during a flight, instead we will fly to the mysterious realm of physics behind the phenomenon of Turbulence.

Fluid mechanics is a field in classical physics that studies the flow and forces within a Fluid. From the point of fluid mechanics, Fluid refers to both liquid as well as gas. Fluid is also treated as a continuum. This means that even though a fluid is made up of discrete molecules, the fluid is treated as a whole. In a broad manner fluid flow can be classified into:

source: made on MS Paint

Consider a fluid (let’s say water) is flowing through a tube (green in color). At low speeds, the flow of water will be calm. The flow of water can be considered as layers of moving water. As you can see, at lower speeds, the layers don’t get mixed up. But what happens as we increase the rate of flow of water? This results in a turbulent flow. The calm layers will get mixed up in a chaotic manner. Source
The photo is of smoke from a burning candle. As you can see the smokes are moving in a calm fashion (Laminar flow) but suddenly at around 1/3 of the image the flow becomes chaotic (Turbulent flow). Now you may ask:
why did the flow change from laminar to turbulent?

Time for some mathematics!!
There is a quantity called Reynolds number that tells us whether a flow is laminar or turbulent. Mathematically, it is the ratio of inertial forces to viscous forces in a fluid.

Let’s break it down,
Inertial force refers to the Newton’s First law of motion, i.e. the fluid wants to keep going unless there is an opposing force.

Viscous force is a bit complicated. Remember I told you that fluid is assumed to be flowing in layers? Well then, there is a resisting force between the layers of moving fluid due to friction in molecular level. This opposing flow is the viscous force. E.g. Honey flows slowly than water, this is just because honey is more viscous than water.

But as Reynolds number increase, the inertial force is more dominating than viscous force. this means the kinetic energy cannot be fully absorbed by the viscous force, so the layers get mixed up with each other giving rise to turbulence.

BUT WHAT’S SO SPECIAL ABOUT TURBULENCE?

This is the same question I asked myself during my undergrad Fluid Mechanics course. Since we know the origin of turbulence, we can know everything about turbulence right? You can’t get more wrong than this. This is the part where turbulence earns its crown for being one of the unsolved problem is physics.

Using Reynolds number, we can predict when the fluid flow changes from laminar and turbulent but after that we can’t say much about turbulence. One of the important characteristic property of turbulence is that it a random and chaotic. It is so random that the use of deterministic approach is nigh impossible, instead we rely on statistical approach.
The thing about turbulence is that it is a complex non-linear dynamics problem. The mathematics behind turbulence is very poorly understood even today. The turbulent flow is governed by none other than the famous Navier-Stokes equation. And the “Navier-stokes existence and smoothness problem” is one of the greatest unsolved problem of mathematics. In fact, there is a prize money of $ 1,000,000 for solving the problem. Good luck with that. The mathematics behind turbulence is beyond the scope of this post so I won’t go into that.

Hope you have a basic understanding of turbulence even though we are far from solving it. Now let’s move to the golf ball.

You must surely have seen those dimples on a golf ball. But have the golf balls always been that way? No. The fact that dimples reduce drag was discovered accidentally, in 1845 golf players noticed that old worn out balls were able to cover more distance than new one. Today a commercial golf balls have 250 -500 number of dimples. Up to the mid-19th century the golf balls were made as smooth as possible.

It also makes sense right? Smooth ball means that the friction between the ball and air is less, so the drag is less and ball travels more distance? Well, YES and NO.

Yes, because the smooth golf balls have less friction in the air. I won’t deny that.
No, because just decreasing the friction doesn’t mean the ball will cover more distance.

Is it a paradox or what? For the people of 19th century it must have been a paradox but today we know that there is another kind of drag other than friction drag: Pressure Drag.

Friction drag is a simple one. As a body moves through a fluid (in our case air), there is a friction between the surface of the moving body and the air molecules. This frictional force retards the motion the body. In the case of golf balls the dimples indeed increases the friction drag since the addition of dimples has increased the surface area of the ball. source: made on SolidWorks and Microsoft Paint

Now let’s move to pressure drag. Pressure drag is caused by the shape of the body. Consider a non-dimpled golf ball moving through the air. Before encountering the golf ball, the flow is undisturbed and laminar. As the flow encounters the ball, the layer of air near to the ball attaches itself to the ball but this does not continue for long. As you can see, around point “A” The layer of air is separating from the golf ball. This results in a condition where there isn’t much air on the backside of the ball, in the figure the back side of the ball has low pressure wake. To sum up:

This pressure difference is precisely the pressure drag. The net pressure is acting opposite to the motion of the ball, so this retards the ball’s movement.

This is where the role of dimples come into play:

To reduce the drag, the best case scenario would be to reduce both friction drag and pressure drag. If we were to do this, the shape of the golf ball would result to that of an airplane wing. Of course we don’t want this, we are here out playing golf not flying an airplane! Another option we have is to reduce the pressure drag.

The cause of pressure drag is that the layers of fluid separates itself from the golf ball (Point A in the Figure above). To reduce the pressure drag all we have to do is make sure the fluid layer attached itself to the golf ball, this results in reduction of low pressure region behind the ball. 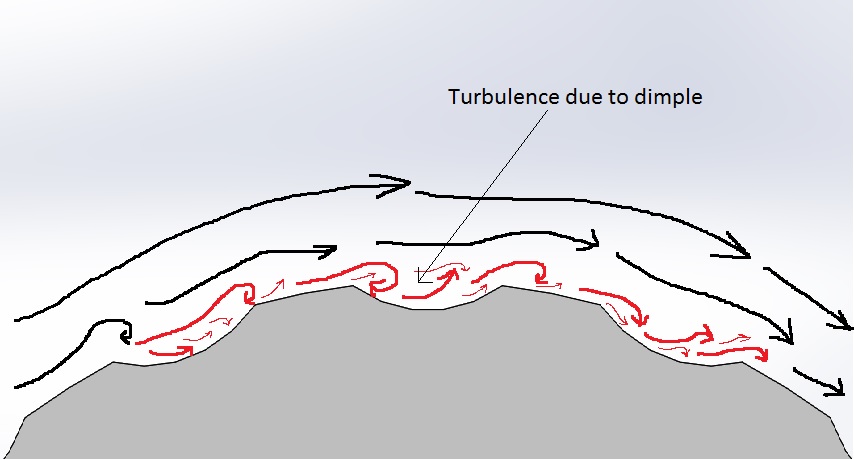 source: made on SolidWorks and Microsoft Paint

Now we can call our old buddy: turbulence. One characteristic property of turbulence is that the flow separation is delayed. So the purpose of dimple is to create small turbulence. As you can see from the figure above, the presence of disturbance to the flow. i.e. the dimples, induces small turbulence. Also the figure below shows that due to turbulence ,the flow separation is delayed . This results in reduction of low pressure zone. That's it, we achieved our goal. We finally reduced the pressure drag. Now due to the reduction of drag, the golf ball can cover more distance. Sadly, there’s a catch too, although by introducing the dimples we have successfully reduced the pressure drag ,we also have increased the friction drag. But don't worry ,the reduction of pressure drag outweighs the increase in friction drag. In fact, the addition of dimples reduces the drag by 50 %!!

To sum up all this:

One last thing, the use of turbulence to reduce drag isn't just used in golf balls only. They are used in airplanes too! They are called vortex generator and just like in a golf ball they reduce drag by delaying the flow separation. 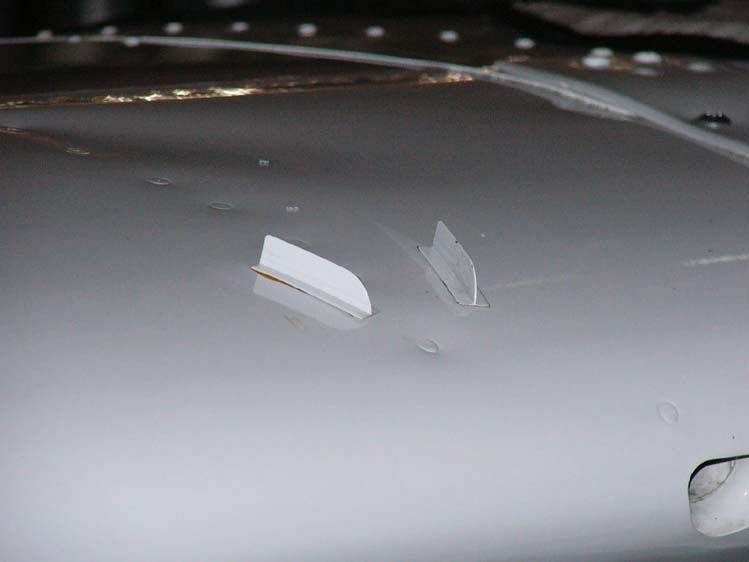 
Vortex generator in an aircraft wing

Hope you learned something new from this post! Cheers!
P.S. I know my MS paint skills are horrible, i am learning Adobe photoshop but it will take some time. : )

Free images labelled for commercial purpose were only used. The images without sources are made by myself in MS-Paint.

steemSTEM is a community driven project which seeks to promote well-written and informative Science, Technology, Engineering and Mathematics posts on Steemit. The project involves curating STEM-related posts through upvoting, resteeming, offering constructive feedback, supporting scientific contests, and other related activities.
steemstem science steemiteducation physics
3년 전 by anevolvedmonkey53
$0.11
11 votes
댓글 남기기 3
Authors get paid when people like you upvote their post.If you enjoyed what you read here, create your account today and start earning FREE STEEM!
STEEMKR.COM IS SPONSORED BY 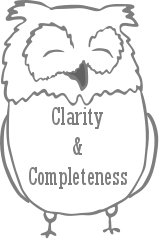 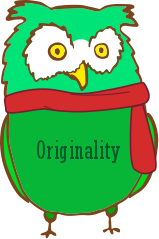