The marks are in discrete i.e. whole number, but if it large in number then it can be approximated by continuous curve like above.

Along with marks, the height of people in Steemstem community, the weight of people in your college, IQ scores, the life of turbine blades, error in measurement and so on are beautifully approximated by the normal distribution. It is so consistent with the nature that:

It was first discovered by De Moivre in 1733 AD. It is also called Gaussian distribution as Gauss used this distribution for characterizing measurement errors. It is a bell-shaped curve so it is often called bell curve.

You need to know certain things for the better understanding of the post. If you have already taken basic statistics course or studied on your own, You may skip this section.

= Addition of set of values

I asked the age of five random members of Steemstem community. The data set I got was:

The mean of the given data =

It is a single value for the representation of center of data.

To give you graphical perspective, plot the values of ages in the y-axis. Then, the mean line is the horizontal line from which the sum of the square of the distance between points of data sets and the mean is minimum. 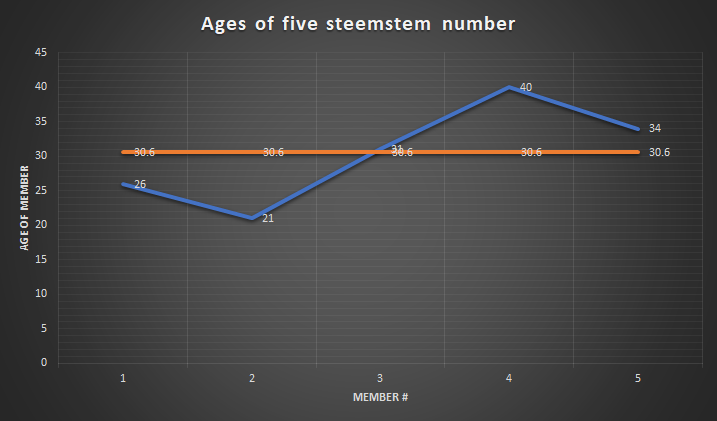 Self plotted in Excel

To give you physical perspective, let the car travel on a road with velocities v1,v2,v3,v4,v5 for an equal interval of time t. Then, the uniform velocity with which the car should travel to cover the same distance in same time is the mean of the velocities.

There are also other measures of central values like harmonic mean, geometric mean, median, mode, etc.

The above subsection is basically about the central location. Standard deviation gives second characteristics of data discussed earlier, i.e. dispersion. How are the data dispersed or deviated from the central location? One former idea may be to add all the deviation from the mean and divide that by the number of observations. If we do that, we will get zero. But, we should consider deviations in both above and below mean. In standard deviation, deviation of each data from mean is squared and averaged. For the same unit as in the observation, the square root of this value is taken.

It is simply root mean square deviation from the mean.

It is denoted by

and for individual series,

The data set below is the percentage I got in 6 semesters exams.

The mean of the given data =

The standard deviation of the given data =

Now, we got the value of standard deviation. What can we say about the dispersion of the data? Actually, nothing. The standard deviation gives the deviation. But, it is important to compare it with mean. Now, with the comparison with mean, we can find the coefficient of variation. The coefficient of variation of two data set can be compared to know which data is more dispersed.

Probability is the measure of the likelihood of the event. Consider in your college, there are 30 students. Out of them, 20 are females. If you randomly select one person, what is the probability that the person is female?

Consider a random process, flipping of the two coins at a time. The possible outcomes are {H,H}, {H,T},{T,H} and {T,T}. These outcomes can be mapped into numbers. Then these can be denoted by the random variable.
Let, random variable X be the number of tails we get from tossing two coins. Then,

For simplicity, let's tabulate the probability;

If we add all the possible outcomes of a random variable, we get sum 1.

What is normal distribution?

and http://quicklatex.com/cache3/7f/ql_7856d36b3c847891ccdc59b5b0941f7f_l3.png (explained earlier) if its probability density function(how probability is distributed) is given by;

If we simply plot the value of x in x-axis and f(x) in the y-axis, we can get the bell curve. The function above may look strange at first. But, it is not so common but fairly used function in physics and mathematics. Even its given a special name called Gaussian function. The term apart from exponential is simply normalizing factor i.e. coefficient to make integration unity. This can be proved in few steps using gamma function.

The area enclosed by the curve and two vertical lines x=a and x=b gives the probability of finding the values in between a and b. 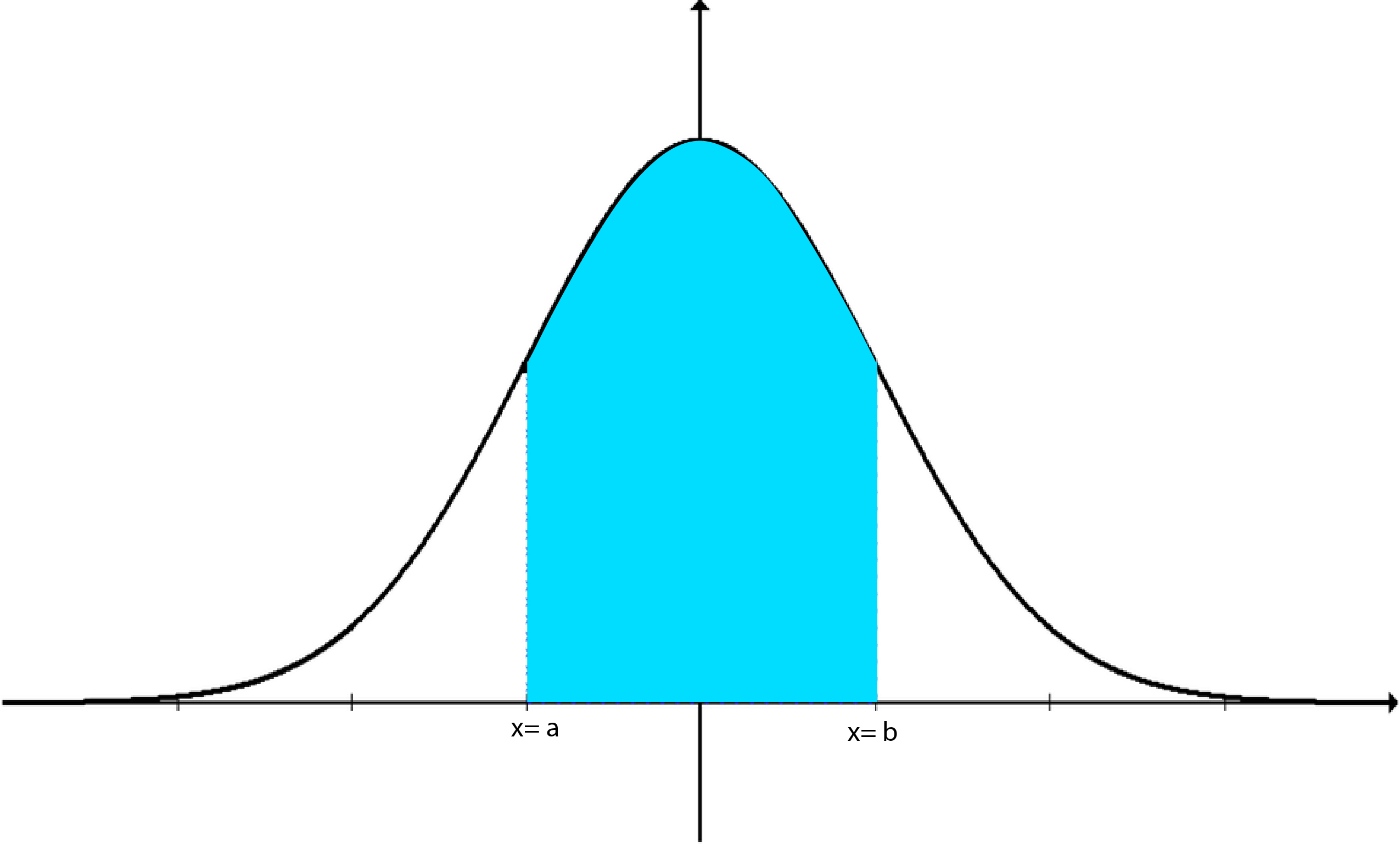 We now know that the shape of normal distribution depends upon mean and standard deviation. Different data from observation have different means and standard deviation, so they have different shapes. In principle, we can calculate the probability for each case using integral above but its really tedious work. Moreover, the above integral(containing pdf) cannot be integrated directly. It needs to solved using numerical integration. So, it is logical to make a standard normal distribution and have values of the area for different values of the normal random variable.

Where z is given by; Area property of standard normal distribution is most important property. 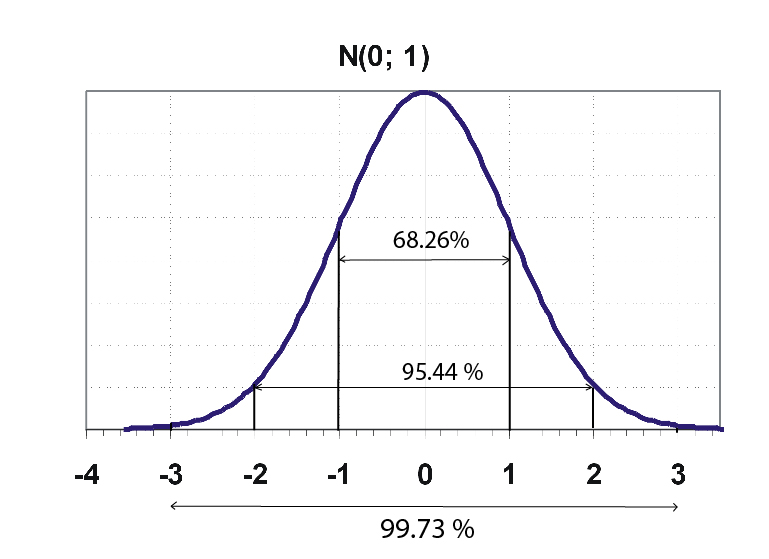 The value of Z can extend from negative infinity to positive infinity but for the practical purpose, we often use the area covered by -3 to 3 range as 100%. 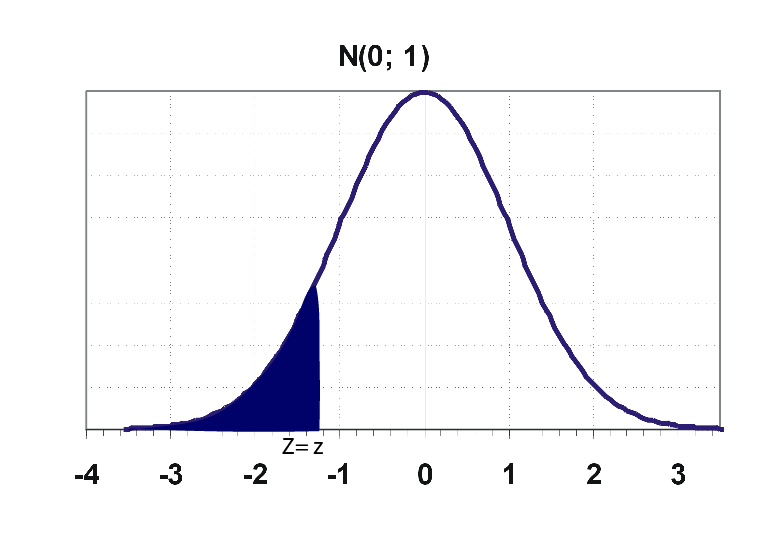 F(a) gives the area from negative infinity to z=a.

F(b) gives the area from negative infinity to z =b. 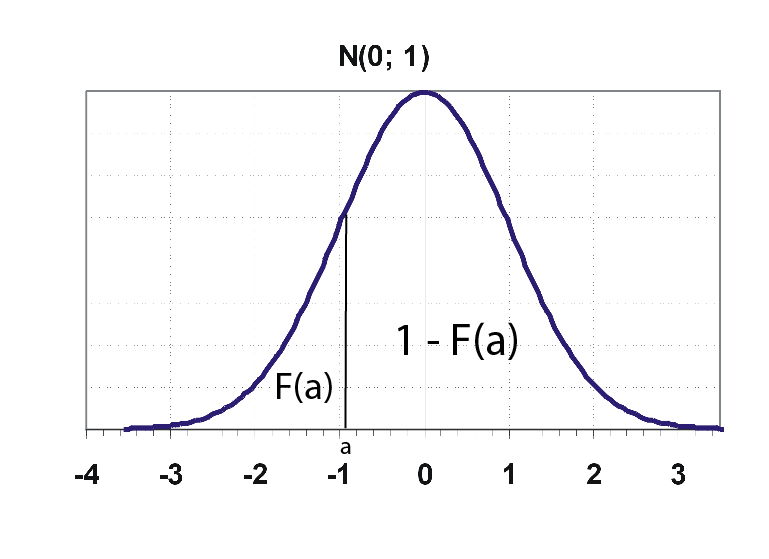 In a School Leaving Certificate level examination in Nepal(grade 10), the mean percentage scored by students is 50 % and the standard deviation of percentage obtained is 12%. If 5 lakhs of students appeared in the examination, calculate the number of students who got the distinction (at least 80%) is the examination. Assume that the distribution is normal. 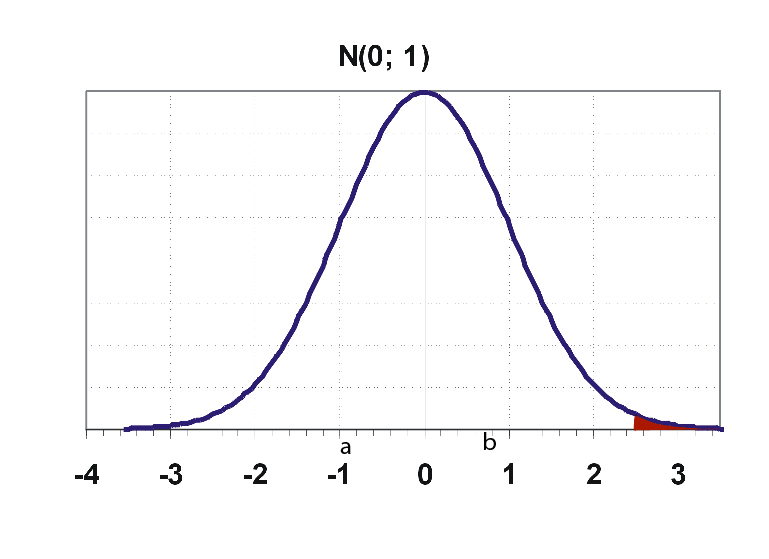 steemstem steemiteducation mathematics science education
3년 전 by bikkichhantyal52
$28.20
199 votes
댓글 남기기 9
Authors get paid when people like you upvote their post.If you enjoyed what you read here, create your account today and start earning FREE STEEM!
STEEMKR.COM IS SPONSORED BY

Your post gave an incredible post-traumatic stress to my statistics classes last year :P but you explained it all very well!
I'm a vet student so i don't usually use statistics unless i go into epidemiology, i actually just learned how to work with a program called Epiinfo which correlates data between many epidemiology studies, it shows p-value we use the null hypothesis, etc.... you know what I'm talking about
Are you also going to explain Poisson and binomial distributions? ( i think this is what they are called)

In future, Maybe, I will also request volunteers from steemstem members in data collection and analyze data to find out various inferences. That would be interesting I guess.

You forgot to add to add sup and sub-scripts to your sigma. But the rest is fine :)

Everyone reading this post can find out the difference in content between wiki and this post. I don't know which part of the post is similar. I didn't even read wiki before posting this article. So, I didn't mentioned it as reference/source in the article(and I still won't).

Can confirm that this is unique from wikipedia.

Thank you so much for confirming. :D