There are many theories in particle physics that predict a spectrum of elementary particles containing a dark matter candidate. In other words, these theories say that there exists one particle that plays the role of the dark matter that pervades our universe. For these reasons, there are many experiments trying to get information on the nature of dark matter, each of them being dedicated to the search for one or the other of these dark matter candidates.

And up to now, most of them are still valid choices, although constraints exist.

I will today focus on one of these candidates: Black Holes.

There is a very fancy option that indeed postulates that dark matter could formed of black holes.
With this article, I will discuss how black hole could be connected, according to certain theories, to dark matter.

The motivation behind this post comes from two interesting articles which I have read earlier this month. The first one explained that black holes cannot entirely form dark matter, because data forbids it today.

And the second one said that the black hole option for dark matter was in contrast still allowed.

Kind of contradictory, isn’t it? Let us have a closer look! 😉

BLACK HOLES IN A NUTSHELL

The more compact is the mass, the more important will be the bending.

A not too massive object like our sun induces a mild bending of spacetime. This can be checked by observing the grid representing spacetime (that flat surface) on the picture.

A much more compact neutron star generates a much more pronounced deformation, with a kind of deep well.

A [black hole]((https://en.wikipedia.org/wiki/Black_hole) finally leads to an infinite well. This is what is commonly referred to as the black hole singularity (even if there is no singularity on the picture as we can only draw finite stuff).

PRIMORDIAL BLACK HOLES
Generally, one says that black holes originate from the gravitational collapse of the core of a very massive star. 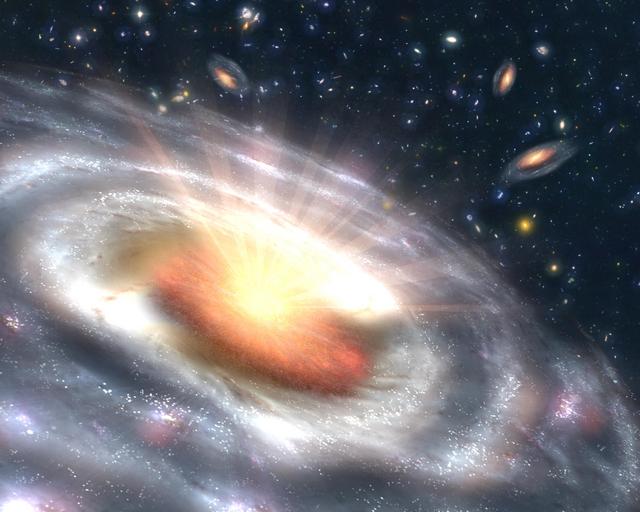 This collapse generates a massive explosion (a supernova) where the outer part of the star is sent far away into space, whilst the inner part gets denser and denser (see the illustration).

If the star is massive enough, the core of the star can become so dense that its gravitational collapse yields the formation of a black hole.

When we discuss about dark matter, we however need to introduce a special class of black holes, primordial black holes.

Those black holes are different from the above ones. They are hypothetical beasts that could have been created during the first moments of our universe.

Those black holes are lighter than those typically originating from the stars, and their masses vary from about a gram to several thousands of solar masses. Other mechanisms must thus be invoked to justify their presence. But this is not too complicated at the end of the day.

During its life, a black hole makes two things: first it grows by accreting matter, and next it evaporates, which is the phenomenon of Hawking radiation. According to the relative rates of these two phenomena, a black hole either grows, or shrinks.

Very light black holes have the tendency to evaporate kind of quickly (at least relatively to the age of the universe) so that all lighter primordial black holes should have disappeared today.

Primordial black holes of 1014 grams or more may thus still be there.

Such primordial black holes belong to the category of the so-called MACHOS, which is an acronym for massive compact halo objects. They consist of viable candidates for explaining the presence of dark matter in our universe. Those guys are indeed non-relativistic (and thus cold) and they leave no trace related to the current searches for dark matter (which is why we have not observed them yet).

They are additionally super-weakly interacting, which makes them stable (dark matter must be stable).

Those guys can however be constrained by a variety of measurements.

We can name, for instance, lensing contraints from supernovæ or the cosmic microwave background.

A funny coincidence is that the weakest constraints correspond to the mass values of the black holes observed by the LIGO and Virgo interferometers.

Oh-oh-oh, have we observed some primordial black holes that could be dark matter as well?

Whatever is the answer, the LIGO/Virgo observations has led to a revival of the interest in primordial black holes as a dark matter option.

ARE BLACK HOLES VIABLE OR NOT VIABLE DARK MATTER

As I said above, there is a variety of techniques allowing to test primordial black holes as dark matter. One of the best is to use the gravitational influence of black holes on light propagation. 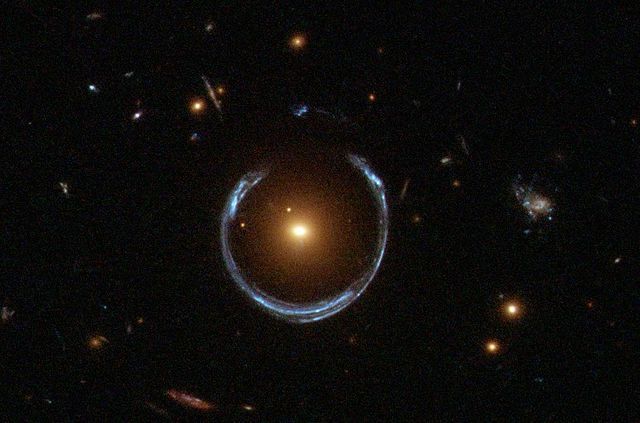 In short, one searches for microlensing observations, or for the magnification caused by compact objects moving near the light of sight.

In this article, the authors used supernovae lensing, comparing the light originating from different supermovae of the same type.

Such light should be highly magnified when passing close to a primordial black hole. And nothing was observed.

However, in the second article, other physicists pointed out two caveats of the first analysis. First, the choice of priors on the cosmological parameters is questionable and it omits a few ingredients. Second, the typical size of the supernovæ was underestimated.

Putting all things together, the second analysis has actually shown that primordial black holes were still very good dark matter candidate, although the constraints are strong (but not strong enough to fully exclude the hypothesis).

I'll have to draw my curtain here!

steemstem science education space physics
3년 전 by emmykeys0149
$0.00
6 votes
댓글 남기기 2
Authors get paid when people like you upvote their post.If you enjoyed what you read here, create your account today and start earning FREE STEEM!
STEEMKR.COM IS SPONSORED BY

Hi, I found some acronyms/abbreviations in this post. This is how they expand: