Hello Steemians, guess it's time to drop my second STEM post. But first I'd like to recognize two individuals that may have helped me get the right start into the steem community, the persons of @sogless and @mrbreeziewrites. They've been of good guidance.

Yeah, to the business of the day. Since I'm just getting to my third year in the University studying Mechanical Engineering, I should say I know just little in the world of Engineering until steemit kinda made me expose myself to that world of STEM (Science, Technology, Engineering and Mathematics) and that's where I came in across this topic "The Gas Turbine".

What is a Gas Turbine?

Where are they being used?

Why don't we have Gas Turbine cars out there for sale?

How does a gas turbine work?

I guess from my little knowledge and research, I'm going to try to shine a light on the topic. A GAS TURBINE from Wikimedia under CCO license

Most of us know that the fundamental idea of all prime movers lies in the direct initialization of rotary motion for the performance of the work.

The gas turbine is now firmly established in aircraft, marine and industrial applications, but is making less rapid progress in the motor vehicle field. The Rover gas turbine was first shown in 1950, and in 1952 was demonstrated at speeds of over 240 km/h. No gas turbine engined car is on sale, although Chrysler produced a Turbine Car between 1962 and 1964 which was later terminated in 1979, mostly due to the failure of engines to meet government emissions regulations amongst others. Also, there are several gas turbine engined heavy commercial vehicles in the “advanced prototype” stage. 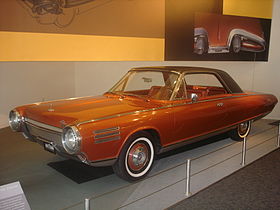 THE CHRYSLER GAS TURBINE CAR from Wikipedia under CCO license

What is a gas turbine?

According to Wikipedia, A gas turbine, also called a combustion turbine, is a type of continuous combustion, internal combustion engine.

There are three main components:

A LABELLED GAS TURBINE from Wikimedia under CCO license
The Construction and Working Principle of the gas turbine.

A shaft mounted axially inside a tube, is supported on bearings and has fixed to it two fans to blow air along the tube and this moving air will tend to rotate the second fan in the manner of a windmill. The power developed by the second fan would only be just enough to drive the first fan if there were no friction.

By inserting a Bunsen burner between the two fans the air passing along the tube can be heated causing it to expand. Thus, it will pass through the second fan travelling at a higher speed than it passed the first fan, so enabling the second fan to develop more power than is needed to drive the first fan. The engine is started by driving the compressor shaft by some external means-usually by an electric motor. When it is running fast enough to blow air into combustion chamber the fuel supply is turned on and fuel is sprayed continuously through a sprayer nozzle into the combustion chamber. Combustion is initiated by a sparking plug and once started will continue as long as fuel continues to be supplied. Power output is regulated by varying the rate of fuel delivery.

The Advantages and Limitations of the Gas Turbine

The Main Advantages of Gas Turbines are:

The Disadvantages of Gas Turbines are:

I think with my little article, I've been able to shed more light on what the gas turbine is all about.

steemstem stemng wafrica nigeria engineering
3년 전 by h-max45
$0.74
18 votes
댓글 남기기 11
Authors get paid when people like you upvote their post.If you enjoyed what you read here, create your account today and start earning FREE STEEM!
STEEMKR.COM IS SPONSORED BY

Welcome to the steemSTEM community.. Its a wonderful article you have here i always thought the gas turbines are always used for power generation only i never knew them to used in vehicles too.
I would have loved to see some applications of the gas turbines.

I never knew @Adetola already commented on you giving us some of its application. It's good for you to highlight some areas where gas turbines are used. For instance in Jet Engines, Power generation.

I was hoping you could shed more light on them.

You should also breakup large body of text into smaller ones.

Welcome to the steemSTEM community @h-max.

hey! @h-max, glad to see some original content on gas turbine engines but there are a lot of things to be improved.First, you should properly cite the sources. You have cited the images properly, that's great but you also need to cite the textbooks, scientific articles, web pages or any other source on which the content is based upon. Also, a detailed working mechanism of gas turbine engine would be a lot better.

By the way, I am also a mechanical engineer. Please join the steemSTEM discord channel, I would be glad to assist you!

Thanks for the observation and comment sir. I will improve on my writing.

Very interesting information you are sharing here my friend!

You mentioned the gas turbine isn't very efficient, I wonder what is the propulsion system with the highest efficiency?

Another nice effort mate. I am glad you're getting the steps gradually. I'll like if you're more creative with the pictures, pulling some right and some left. You can again reach out to me for that tho.

Nice topic you talked about...I am very familiar with it from college, it's nice getting refreshed again.

I'm glad you're improving your content. This is an interesting topic I was planning to do some research on, I suppose you've reduced the work I have to do now. Well done and don't stop improving.