It is a growing concern in the medical world. Microbes are developing more and more antibiotic resistances and due to the long process of trials and testing we may run out of effective antibiotics. Many only know the term antibiotic resistance and the consequence, but what about the mechanism? This is the third post in this mini series about antibiotic resistance. I will post every Tuesday. Today I will take a different approach. Instead of describing mechanisms by which bacteria acquired resistances, I will write about new antibiotics that may help us to heal infections with antibiotic-resistant bacteria.

Other Posts In This Series

Illustration of a bacterium - Source

As I have established in my previous posts, antibiotic resistance is a global concern. Certain bacteria have acquired resistances to most of the known antibiotics, making infections very dangerous and treatment long, expensive and harmful to the patient. Most of the known antibiotics are derived from substances found in nature. Bacteria are competing with each other for food sources and space. They do not have ethics and fight each, not shying away from chemical warfare. These chemicals are what we use as antibiotics.
This is a very convenient way to discover new antibiotics. However, as most of the time in science, there is a big catch. This issue is based on the fact that bacteria form very complex communities that are interconnected and interdependent. It is very difficult to simulate such networks in a laboratory. Furthermore, in order to culture bacteria, scientists need to imitate the the natural habitat of these. 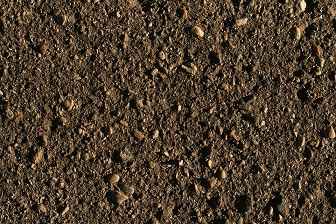 Will this be a source of
new antibiotics? - Source

This is very problematic because oftentimes the exact environment is not fully understood. Just to put this issue into numbers: 1% of bacterial species are culturable, 99% are unculturable, making up the "microbial dark matter" (Rinke et al., 2013). A way to overcome this to a certain degree is by metagenomic sequencing, which basically means looking at the genome of an environment that is inhabited by microbes and search for certain genes that are known to be unique to bacteria (such as 16S ribosomal RNA). While this has helped us to discover new bacterial species and to study the microbiome that is in our gut, this technique is insufficient to elucidate biochemical pathways. Recent developments have helped to discover unknown substances by scanning samples for certain motifs (Brady et al., 2018). The good thing, even though some bacteria are called unculturable, it does not mean that these bacteria will never be cultured. By inventing new ways of culturing and sequencing bacteria, we will be able to find new antibiotics and natural products. Current research suggests that our current estimates for the number of bacterial species and biosynthetic pathways fall short of reality (Reddy et al., 2012). New culturing techniques have enabled us to open up overmined reservoirs like soil, for the discovery of antibiotics (Lewis, 2013).

Teixobactin And The iChip

Teixobactin was discovered from soil bacteria by Ling et al. (Ling et al., 2015). This new antibiotic has several interesting characteristics. It binds several highly conserved lipid motifs that serve as precursors to bacterial cell wall materials (Ling et al., 2015). If something is conserved in cells, that usually means that this conserved sequence or motif is vital in the functioning of the cell. For example, if the amino acid of a protein is highly conserved, changes to that conserved sequence lead to non-functional proteins. So mutations in genes that result in changes of these conserved sequences usually mean that the organism with the altered sequence dies because this conserved sequence is so important for the organism to function. In this case it means that by binding these highly-conserved motifs, teixobactin could be resistant to spontaneously acquired bacterial resistances. As we just established, changes in these highly conserved motifs, which could prevent the binding of teixobactin, could also lead to inactivation of these lipids and thus prevent them from fulfilling their roles. Thus a possibly resistant organism would not be able to live in the first place. And indeed, initial testing has shown that teixobactin resistance was not observed in neither Staphylococcus aureus nor Mycobacterium tuberculosis (Ling et al., 2015). This team used a new culturing technique that is based on the iChip. To use the iChip, an environmental sample is taken and diluted up to the point that innoculation of a chamber would lead to the presence of only one cell in each compartment (Nichols et al., 2010). The compartments are then closed and isolated from the environment by using semi-permeable membranes, which prevent leakage of cells in or out of the compartment, while allowing exchange of metabolites of the isolated cells with their environment (Nichols et al., 2010). The iChip is then placed back into the environment were the sample was taken from (this is in situ culturing). Bacteria form very complex networks and it would be wrong to look at them as isolated individuals. The iChip allows the isolated bacteria to be in contact with these networks and enables them to get the nutrients that they need. This is a pretty nice technology. Teixobactin is showing promise in the treatment of mice with Staphylococcus aureus and Mycobacterium tuberculosis infections (Wright, 2015).

Malacidins are calcium-dependent antibiotics that were discovered in 2018 by Brady et al. (Brady et al., 2018). The researchers used primers targeting non-ribosomal peptide synthetases adenylation domains, because non-ribosomal peptide synthetases have been identified of the cellular production sides of calcium-dependent antibiotics (Brady et al., 2018). Using this knowledge, they undertook a sequence-guided screen of diverse soils for biosynthetic gene clusters (Brady et al., 2018). Basically this means sampling soils and extracting DNA from it. The extracted DNA was then sequenced and individual gene clusters identified and isolated. These clusters were then transformed into host bacteria and expressed to produce the natural product (Brady et al., 2018). This process overcomes the need to culture the bacteria native to the environmental sampling. It is a pretty smooth approach that avoids the trouble of finding new culturing techniques. 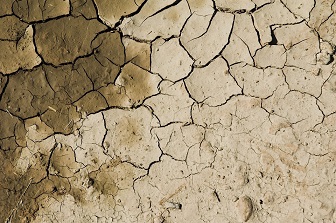 It was determined that malacidins do not have the same mode of action as other calcum-dependent antbiotics. Their activity is somewhat similar to that of teixobactin. Malacidins target a precursor of one of the cell-wall materials required by bacteria, thus inhibiting cell growth (Brady et al., 2018). While the discovery of malacidins itself is exciting, this approach may be even more important than malacidins. This approach could potentially be applied to any environment. However, it does require prior knowledge of compounds and some of the cellular mechanisms because sequencing requires a databank against which acquired data can be screened against.

My Opinion And Outlook

I hope that I was able to show you that we are finding new ways to discover new antibiotics. As you can see, these approaches are very new ones and they are very promising. If we are able to culture more bacteria, we will be able to find new antibiotics and natural products. By overcoming the need to culture bacteria, we will be able to find derivatives of already known groups of antibiotics. As I have established in my previous posts, we really neeed new antibiotics, unless we want to go back into an age that an infection almost means certain death.
Sadly finding new antibiotics is not the only requirement to overcome the crisis of resistant bacteria. We further need policy makers and doctors to rethink the use of antibiotics. Also we, as patients, need to educate ourselves and not bug the doctor with requests to be prescribed antibiotics. This problem can only be solved by educating physicians and patients, while passing legislation to establish rules for the prescription of antibiotics, as well as creating incentives for the industry to develop antibiotics.
Promising firsts steps have been taken and I am convinced that with increasing efforts from the science community, as well as better education, we will be able to tackle and overcome this crisis.
I hope you have some interest in this topic. If so, please check out the sources I linked in the text. Some of them are open sources, so you should be able to access them even if you are not in academia or research. Please enjoy responsibly, reading science may make you smarter.

Thank you very much for reading today´s post. Leave an upvote if you liked it. If there is anything that you want to add or contribute please do so in the comments. Maybe you like some of my other posts so check out my blog.

While I do put a lot of effort into researching and writing my posts, the day only has so many hours and I have other commitments. There is a reason why I publish on Steemit and not in Nature. Please understand this post as an educated opinion and treat it as such. After all, my username is @lesshorrible and not "nothingbuttruth".

Again, thank you for reading and upvoting!

steemstem health blog life science
2년 전 by lesshorrible59
$5.72
21 votes
댓글 남기기 6
Authors get paid when people like you upvote their post.If you enjoyed what you read here, create your account today and start earning FREE STEEM!
STEEMKR.COM IS SPONSORED BY

Thanks for the article!
Since you have a lot more knowledge on that topic I'm curious about your opinion.
From time to time there are clickbaity articles about the antibiotic properties of manukka honey, onions, garlic, turmeric and so on. What do you think about those things?

Another interesting thing is this guy called Wim Hof, who's capable of fighting diseases with breathing techniques and cold exposure. Have your heard about him?

Hey Michael!
Yes, it is definitely possible that these plants and the honey have antibiotic properties. While most antibiotics are derived from soil (this article), plants have gotten quite a bit of attention lately. Tumeric I know has anti-inflammatory effects (but I will have to look into this more and see what people have learned about this). So give me some time to do research and I will write a post about it. Does that sound good?
I heard about this guy before, he has an interesting story. I would also have to do more research for this. Here is the deal: many diseases do not really need the attention they get. So I definitely see potential for alternative approaches to healing. Just look at upper respiratory tract infections. They do not require any treatment in most cases. However, if you have non-medical treatments for the symptoms, they may help. I inhale from a waterbath with salt and etheric oils to relieve pressure.
I hope this answer is satisfactory. If you give me some time I can do some more research and then let you know what I found.
Cheers!

Also we, as patients, need to educate ourselves and not bug the doctor with requests to be prescribed antibiotics.

However trivial it might seem, for me, that's the most important thing here. A long as patients run from doctor to doctor until they find one that gives away antibiotics very freely, resistances will grow worse and worse.

Glad you learned something new! Yes I agree, people want to get healthy beyond what is reasonable even if they are not necessarely that sick. This will probably be discussion in the last post in this series. Cheers!

Nice post. Very informative. Thank you for the info friend