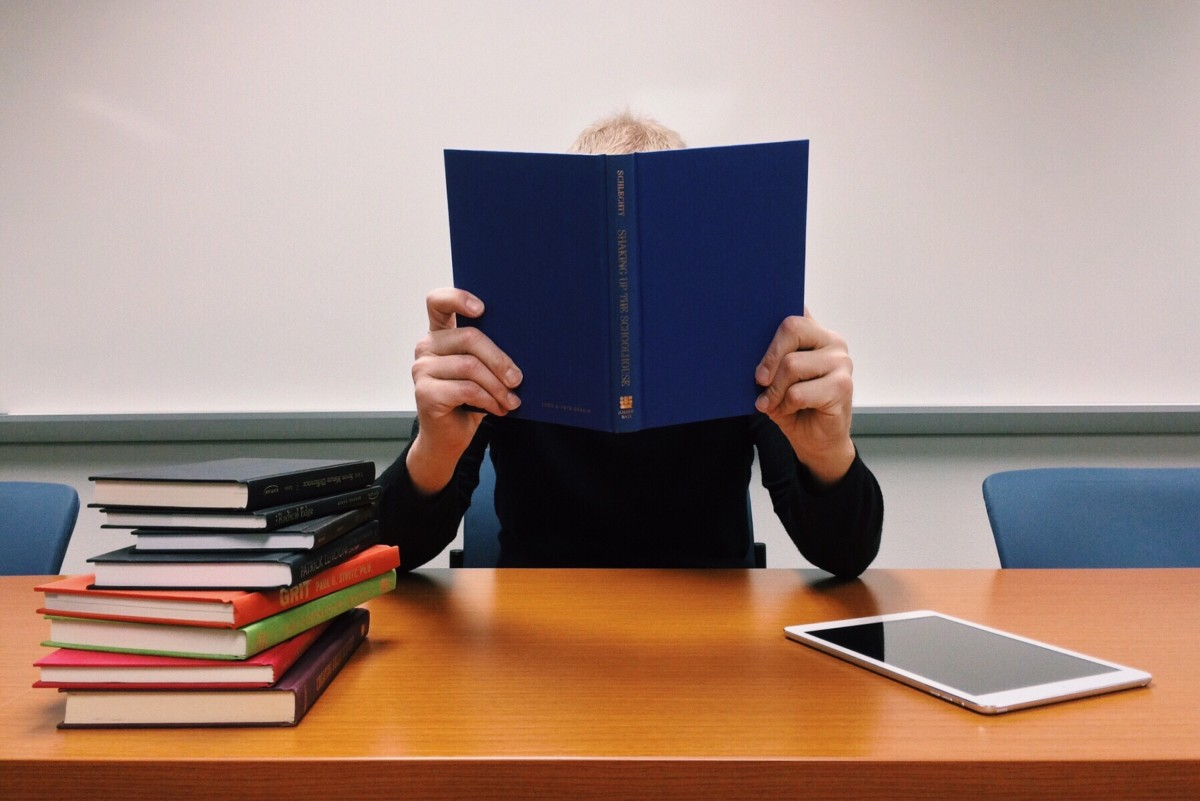 I felt quite okay today, and now we're going to continue learning about the structure of bacteria. In the previous article, we've been introduced to some basic concepts (even though it is not adequate), but I think all of you have got some general picture about what I'm going to write about in my future articles.

Compared to eukaryotic cells, prokaryotes are abundant, structurally simpler and they were diverse which can be differentiated regarding habitat, metabolism, shape and size. Most of the bacteria that we've been studying all this came from any disease-related sample as they were more accessible and usually separated in a culture which can be considered as pure. It is worth noting that, since prokaryotes are diverse, structurally and functionally, we cannot assume that the bacteria which live freely in the environment were identical to the one who lives inside our or animal's body as a symbiont. If we want to list out some general characteristic present in a bacterium, then, the list would be incomplete. There should be no rule govern the concept regarding its composition or structure. Despite that, having some information about the most common structure found in a bacterium would be helpful.

There are a few basic shapes which are assumed by any particular bacteria: 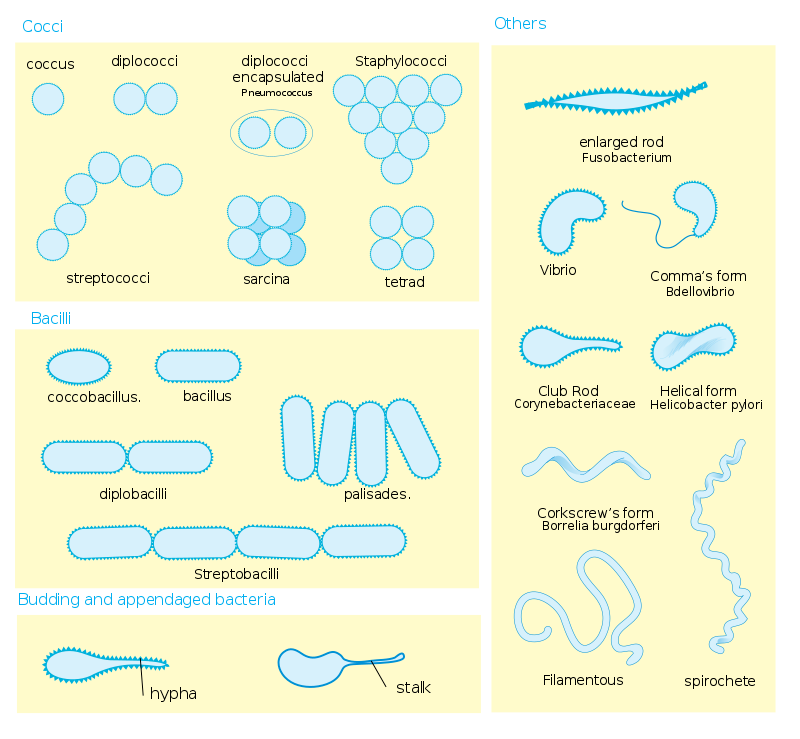 In actuality, the shape of a particular bacterium is not confined the three mentioned above. It can be compressed or even stretch in one dimension making the bacterium quite flexible. It's like red blood cells; they assume a spherical disc shape, but red blood cells can squeeze themselves through a small artery. For those who familiar with the concept of cell division, we knew that after a cell divided, they will form 2, 4, 8 and 16 units of cells depending on the frequency of division but some bacteria have the reputation of being attached to each other even after cell division. These bacteria would form a chain, a couple or cluster that is identifiable under a microscope making it easy for a clinician to plan the mode of treatment for a patient. Some example would be streptococci sp. which can be found in a chain cluster like a beads necklace, staphylococci sp. which can be found in a bunch that resembles a grapefruit and Neisseria sp. which can be seen attaching to each either in a couple's manner. 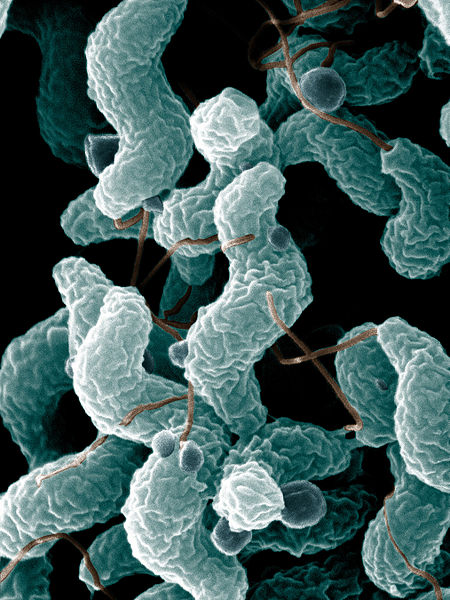 If we want to talk about the variety of shape's pattern among all bacteria, it's going to take awhile going through all of the textbooks and research papers. There are too many! Some rodlike shaped bacteria live in chains (corynebacteria), some have a square and pointed edge while some rods bacteria looks bent which gave them the appearance of a comma-shaped. Some bacteria look almost similar to a corkscrew, which wraps around a fibre located at the centre.

I think without even telling, you guys should know that bacteria is one of the smallest living things. Anything that we can't see is either not exist or too small for our eyes to see. To put it into perspective: Even though bacteria can divide independently of each other, some bacteria which originated from different species can aggregate with each other to form a structure which we called as the biofilm.

Biofilm is an aggregate of bacteria held together by a mucus-like matrix of carbohydrate that adheres to a surface. Biofilms can form on the surfaces of liquids, solids, and living tissues, such as those of animals and plants. 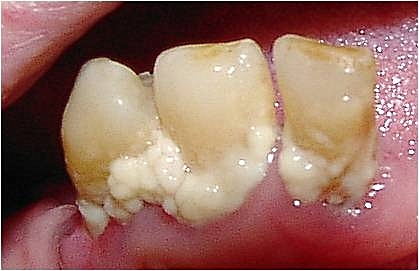 Formation of biofilms usually started with a single microorganism which can be called as the colonist bacteria who is in contact with a particular surface, triggering adhesion process. This is adhesion is reversible and weak as it is manifested through hydrophobic effects and Van der Waals forces. After a while, if the adhesion is not disrupted, a more permanent anchor can be made by using structures which trigger cell adhesion to the surface, i.e. pilus. There are a few factors which can affect the formation of biofilm in some way: Once the base of biofilm has been established, it will grow through cell division and recruitment of other bacteria. The biofilm would be enclosed and protected by layers of polysaccharides which can contain some other material which can be found in the surrounding area such as soil, minerals, fibrin and erythrocytes. Communication between members of different species can be established by pheromones in a process called quorum sensing.

After a while, the structure would be completed, and it will disperse through the environment. The biofilm will now change in size and shape only. Nothing else will. In summary, the formation of biofilm can be summarised as below:

Illustration for the formation of biofilms 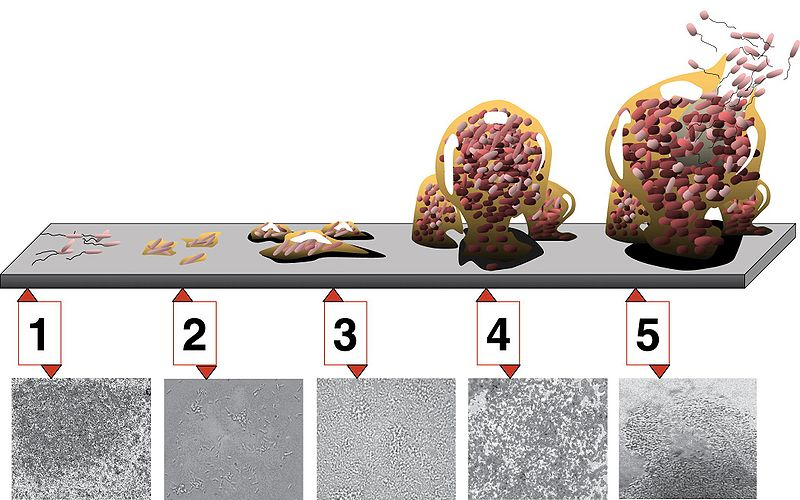 Formation of biofilms in the body especially in infections has been a significant problem in a clinical setting. Their growth would be aided by the nutrient-rich environment courtesy of the biofilms. Antibiotics would be useless for them as they were resistance. We can say, they can be pretty deadly in any infectious setting and the treatment to abolish biofilms from the system is quite tricky. It's possible but difficult.

However disastrous the consequence that a biofilm can cause to a human body, it has been an essential component of the ecological system to maintain a healthy environment. That's all for this article. For the next series, I will be writing about some common bacterial morphological features. Thank you for reading this article and any disagreement, you can drop your comment below.

steemstem steemiteducation science biology teammalaysia
5년 전 by mawarmerah48
$22.53
181 votes
댓글 남기기 5
Authors get paid when people like you upvote their post.If you enjoyed what you read here, create your account today and start earning FREE STEEM!
STEEMKR.COM IS SPONSORED BY

Once again microbes....... @mawarmerah
I really find interesting reading your articles on microbes. well the SEM picture of biofilm are beautiful if you see by yourself, I have seen mine.
Cheers

Thank you @vinamra. I think, from your previous article, you produced quite a good one too.