Mixing Chemistry to anthropology seems to be unjust at times. But doing so brings interesting analogies which can’t be ignored. “Sharing is Caring”, something we learn in the school days is exactly found to be incorporated by some of the smallest particles in the world; molecules. Just like humans living together to form society, atoms group together to form molecules. Today let’s study how and why atoms form bonds and get stable. 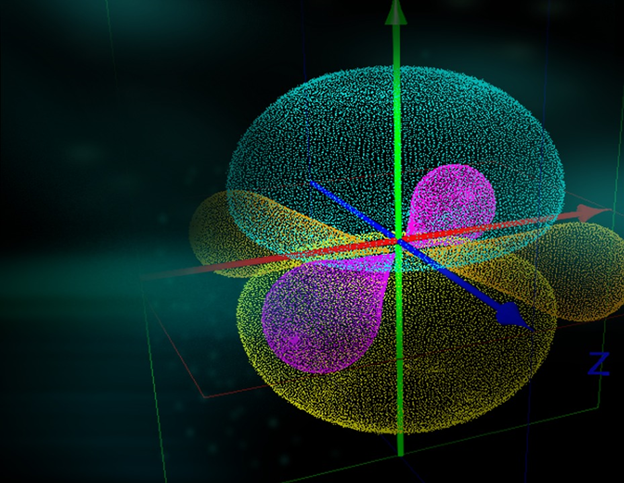 (Source: https://pixabay.com/en/orbitals-bonding-atom-molecule-2146393/)
Let’s start from the periodic table of elements. As we look at this table, we can’t miss the fact that all the inert gases like He, Ne, Ar, Kr, Xe, Rn, etc. group together in GROUP 18 in the modern periodic Nature. Coincidence? I think not. Let’s dig deeper and we start to notice some similarity in these elements electronic configuration. With the exception to Helium (He), all these gases have 8 number of electrons in their outermost shell. Helium has 2 electrons in its outermost orbit, which also happens to be its only orbit. Atoms of all other elements which show chemical reactivity have less than eight electrons in their outermost shells.

This begins a thought process; Is 8 number of electrons in the outermost orbit the prerequisite of stability of an atom? Going further in we see that every chemical reaction seems to have a sole purpose. Every atom in a chemical reaction wants an electronic configuration with 8 electrons in outer shell. This peculiar nature of atoms was discovered in 1916 by Kossel and Lewis, which led them to introduce an octet rule.
This rule states that:

///“The atoms tend to adjust the arrangement of their elecctrons in such a way that they (except H and He) achieve eight electrons in their outermost shell.”///

This Brings us to a new concept of Valency.

Most commonly termed as combining capacity, Valency can be defined as:
///“The number of hydrogen or chlorine or double the number of oxygen atoms that combine with one atoms of the element”.///
E.g. For NaCl, A single atom of Chlorine (Cl) combines with single atom of Sodium (Na), so the valency of Sodium is 1.

Similarly, other definitions were introduced regarding valency. The number which an atom gains, loses or mutually shares to attain the electronic configuration of its nearest noble gas.

Unlike Ionic Bond, There is no gain or loss of electron in Covalent Bond. Here, atoms share their electrons to simultaneously obtain noble gas electronic configuration. Thus, Covalent Bond can be defined as:

“The force of attraction arising due to mutual sharing of electrons between the two atoms”.

Covalency is termed as the number of electrons contributed by an atom to the formation of the chemical bond (covalent bond).
E.g. In H2, the covalency of Hydrogen is 1 as it contributes 1 electron to form the bond.

Bonding in Covalent Bond may be:

Why Sharing of electrons?

Some elements have high ionization energy i.e they can’t lose their electron easily so, they prefer stability through mutual sharing of electrons.

Electron Affinity is the change in energy when an electron is added to an atom of an element. So, when atoms have nearly equal electron gain enthalpy, electron transfer is not possible, so such elements combine through covalent bonds to form stable compounds.

Electronegativity is the tendency of an atom to attract electron towards it. Atoms with similar value of electronegativity cannot transfer electrons so they prefer sharing it mutually.

Elements with high nuclear charge and low atomic sizes have difficulty in transfer of electrons as the attraction from the nucleus is high, resulting in easier sharing of electrons to achieve the stable electronic configuration.

When the electron is shared by atoms the shared electron is most probable to be found in midway. However with different atoms of different elements, the electron shifts to one of the atom due to electronegativity and higher affinity for electrons. Such Covalent Bonds are known as Polar Covalent bonds. The best example being HCl, as chlorine is highly electronegative, the shared electron is more attracted to chlorine so, chlorine acquires slight negative charge and Hydrogen gets positive charge

Such compounds behave as ionic compounds when dissolved in water due to the dielectric strength of water.

This is the end of the lesson on Covalent Bonds. Hope you learnt something useful from this post and I will soon post about the Quantum theory of Covalency in my future post as a successor to this post.

No Copyrights were Violated. Free Images labelled for commercial and non-commercial purpose were used.
for free Images:
https://pixabay.com/
https://flickr.com/

For clarity (since they aren't referenced) you made these?

Yes, I made those in Microsoft Word 2013. The data has been taken from the book mentioned in the reference.

No worries. Always happy to reply :)