It's 2018 but globally smoking rates are still rising, so I thought I'd take advantage of the far-reaching, multicultural and multinational aspect of Steem and write series on "Smoking in 2018"... where we're at globally, what it means to be a smoker, and how the medical community is combatting this problem. But, as those who know me would recognise, I think the most important thing is understanding a topic before we talk about it. So let's chat about how smoking does the damage it's so infamous for. 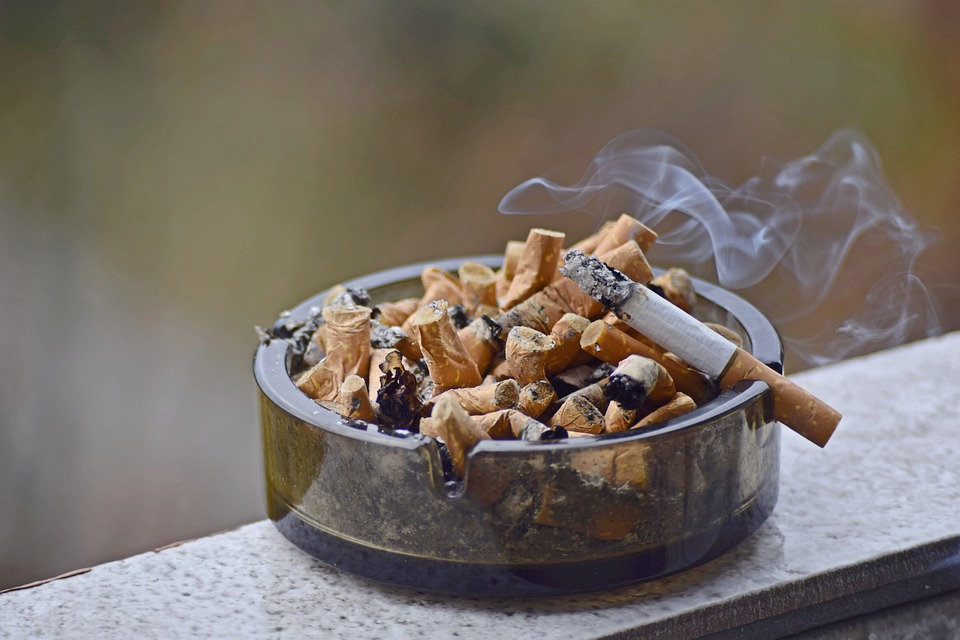 Some Facts on Smoking

We all know smoking is bad for us, but very few people realize just how bad. Instead of giving the usual schpiel on what smoking does to a human body (something I feel has been over-emphasized in Quit campaigns) I'm going to explain why smoking is so bad. At the end of the day, people are more likely to believe something if you get them to understand it, rather than just memorize it.

...but for those who've been living under a rock, here's what smoking does to your body! How Smoking Damages the Body

Cigarettes contain a number of products and carcinogens, each of which is individually capable of causing widely distributed damage throughout the body. There are, however, a few 'main' culprits that we can speak about, just to get a simple overview.

Carbon monoxide is like a greedy little free-rider, capable of kicking oxygen off red blood cells and essentially soaking up all our hemoglobin's capacity to transport oxygen. Once it's attached carbon monoxide is notoriously hard to get off a hemoglobin molecule, with an affinity 200 times greater than oxygen. The result is poor oxygenation of our entire body, which can reduce the functional and regenerative capacity of all our tissue. Furthermore, in an attempt to correct the poor oxygenation to our body, we'll produce more red blood cells, which actively thicken our blood and ultimately exacerbate the problem.

That rush some people get right after inhaling cigarette smoke (or from a bong for that matter) is not the active chemicals in their smoke of choice. Those chemicals could never get into the blood and work their magic in just moments. It's the effect of a breath full of carbon monoxide actively starving the brain of oxygen for a few heartbeats.

Perhaps the most visually stunning image I've ever seen in relation to smoking is this Quitline commercial from the early 2000s. The amount of tar in cigarettes is simply stunning, and this thick and particulate substance can physically clog up our lungs, contains cancer-causing (carcinogenic) chemicals and stains all the tissues it touches. If you've ever met a long-term smoker, look at their teeth and fingers as over the years the tar will stain them yellow.

Beyond this, tar also contains benzene-containing compounds, which cause DNA damage both in the lungs and throughout the body after they enter the blood. Damaged DNA is a hallmark of cancer cells and it's no wonder smokers account for 70% of lung cancers, even in developed nations where smoking rates are below 20%.

Finally, tar is capable of physically sticking our lung together by physically clogging up the little hair-like structures usually responsible for moving foreign particles out of our lung and into our throat where we can cough them up. Without this defense smokers lungs act as moist collection-buckets for tar, bacteria and

Often overlooked as simply the mechanism for smoking addiction, nicotine is a drug and harmful poison in its own right. Nicotine is a strong stimulant of the entire nervous system, but it's most pronounced effect is on the cardiovascular system where it accelerates the heart rates and contracts peripheral vessels. This can raise blood pressure and put strain on the heart, leading to damage over time.

Nicotine is also hypothesized as one of the main reasons that smoking has such a strong correlation with male impotence. A nervous system which is constantly in 'on' mode, is physically incapable of producing the type or neural stimulation required for an erection. Furthermore, the rampant vasoconstriction caused by smoking is exactly the opposite of what any man wants when his old-mate needs to become engorged with blood flowing into relaxed and compliant veins.

This lethal gaseous compound is created when the contents of a cigarette is burned. Cyanide is an infamous toxin, which works by blocking the molecular mechanisms that allow our cells to produce energy, and essentially suffocate them. A suffocated cell is a dead cell. The cyanide picked up from smoking can do damage in the lungs, further adding to the destruction of those hair-like cells responsible for cleaning of our lower airways, or it can enter the blood and cause damage anywhere else in the body.

Free radicals are molecules which freely tear electrons off neighboring atoms or molecules. If you've ever heard some locally-grown GMO-free cereal commercial bemoan the risks of oxidants, then you know at least a little about free radicals, all of which are also capable oxidants. Oxidants have a nasty habit of directly damaging our DNA, which (once again) is a hallmark of cancer-cell development. As you can imagine, this sort of uncivilized behavior can cause considerable damage in the finely-tuned biomolecular clockwork that makes up the human body.

We're probably a little outside of the 'big 5' here but it's important to mention that cigarette smoke is a who's who of toxic metals. This includes some fun guys like arsenic, chromium, cadmium and lead. Unless you're trying to open up a little internal smelting factory, you're probably not going to be a huge fan of having these guys in your body. The human body has no good way of ridding itself of heavy metals, which simply build up over time to slowly poison the blood, liver and bones.

But I Roll my Own Cigarettes?

No, your hipster "rolled it myself" cigarettes are not better, in fact, there's a fair bit of evidence they could be worse1, 2,3

Thanks for reading team, I hope everyone learned something useful and stick around for the next part in the series which will be on the Nicotine Vaccine.

steemstem science health fitness medicine
3년 전 by tfcoates55
$42.91
214 votes
댓글 남기기 7
Authors get paid when people like you upvote their post.If you enjoyed what you read here, create your account today and start earning FREE STEEM!
STEEMKR.COM IS SPONSORED BY

You forgot to mention how cool everyone looks while smoking :p I suppose you might be saving that for part 2 though...

Are you serious? Geeze, all the cool people VAPE these days! #vapelife

oh i thank god i stopped smoking last year, thank you for these informations, i guess every smocker must read this article!

Thanks for sharing
Smoking do have several health issue but the major part which I personally think should be stopped is passive smoking. I dont smoke but people around me does and many time I got irritated because of this.

I knew smoking is bad for health, I just didn't know it is this bad. Tar, heavy metals and radioactive materials? These are just enough to discourage one from smoking!

Thanks for this... Waiting for more on it

Great post awareness on a really important tooic. Thank you !! :)