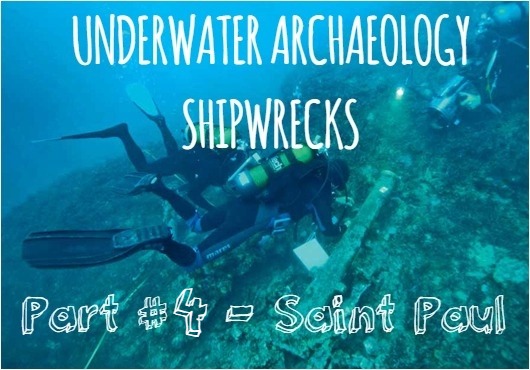 Welcome back to the last part #4 of the Saint Paul underwater archaeology series. This will be the last part of the shipwreck near Mljet island. I have received great feedback on this series and I will continue it. What the next post in the series will be about I don't know yet. If you have a suggestion or an idea you want to share please let men know in the comments. If you are a first-time reader here you can see what I wrote so fare on the topic

In the last three parts of this series, we covered a lot about the 16th-century Venetian shipwreck found near the island of Mljet on the Croatian coast. We know that it was traveling back from a trade run from the eastern Msdeiteranena which can be concluded by the cargo of oriental origin. The ship's cargo was meant for the western European market like luxury Iznik pottery from Turkey, which was in high demand in the west. Also in part #2, we covered the interesting facts about the ships metal kitchenware, some items from the ship's galley could be identified with the help of a 16th-century Italian cookbook written by Bartolomeo Scappi maybe the first celebrity chef ever.

In part#4 I will cover the ships safe or cash box, the safe was usually in the ships captains quarters. Money was needed for various things on trade runs like today you need cash to get by. Money was used for many different things, for example, to pay for port or harbor fees, to buy provisions or even to pay off someone in need to speed things along. Traveling 500 years ago was not easy it took some time and trade runs lasted for several months. Ships and their crews need to be prepared for everything that might go wrong. The interesting thing is that the coins found are all silver coins so no gold ones were found. And none of the coins found were Italian which is strange considering we are talking about a Venetian trading ship. The majority of the silver coins were Turkish Akches and the rest were of German origin. A total of 52 coins were found among the ships remains on the seafloor all were melted together as a result of exposure to the elements. The shape of a bundle is probably the result of a sack the coins were kept in, over the centuries the organic material deteriorated leaving the coins in shape. 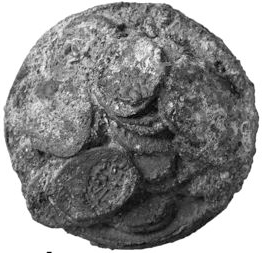 The silver coins found at the seafloor.

One thing that needs to be explained here about the monetary system of the Ottoman empire. They did not mint gold coins until 1477. or the conquest of Istanbul only silver and copper coins were used. Until then it was common to use Venitian ducats, Byzantine gold coins or other ones. The gold coin is known as Sikke, the silver coins are called Akche Copper coins went under a few names over the centuries, like Pul called so by merchants or Feles, Fulus or Mangir in later periods. Every Sultan minted new coins after they were appointed, the remaining silver coins were collected through tax collectors melted down and coins with the new Sultans name were minted.

In total 50 silver Akches were found and around 41 coins could be deciphered what means it is known under the rule of which Sultan the coin was minted in which years and the Mint. The rest could only be deciphered partially. Coins of 4 Sultans were discovered they were minted in chronological order Restored coins found on the shipwreck. 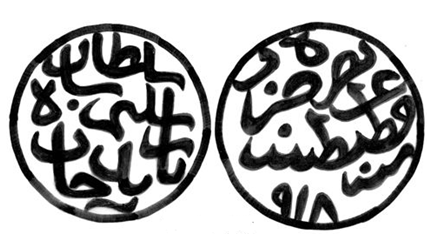 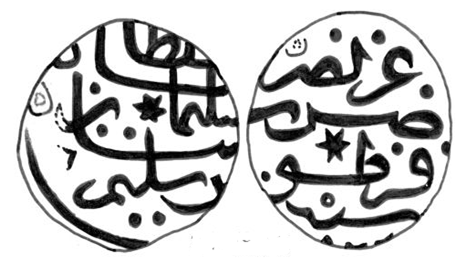 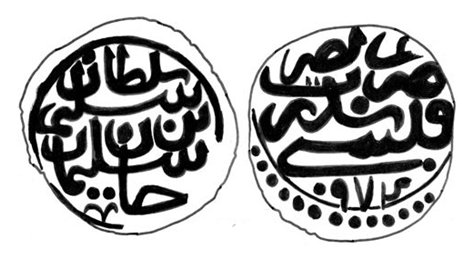 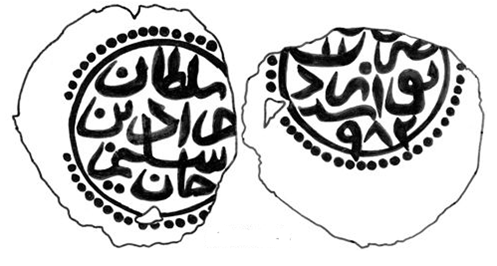 I do not really know a lot about Ottoman coins from the middle ages and there is not much literature on that subject in my language so that is the reason why only pictures of the Akches with no further explanation.

Among the 50 silver Akches two coins were from the opposite side of Europe to be precise from north Germany which is an interesting find among the rest of the coins found.

The large German silver coins were discovered during the research campaign of 2010. They are two Saxony silver Thalers. And if the archaeologist are right it could be that they belonged to the captain of the ship. The two German silver coins are in good shape so the origin and year could easily be made out. The Thalers were minted by the dukes of Saxony the first dates back to the year of 1544 during the rule of Duke Johann Fridrich I. and his brother Moritz. The second coin belonged to Duke Fridrich II. and his brothers minted during the year of 1559.

Thaler of Duke Fridrich I. and his brother Moritz 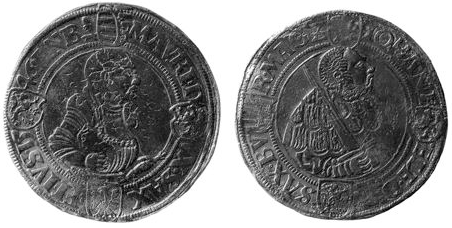 The coin on the right shows the obverse with the representation of Duke Fridrich I holding a sword in his right hand with the blade resting on his right shoulder. The inscription reads:

the translation goes Elector Johann Fridrich Duke of Saxony and Burggraf of Magdeburg.

The coin on the left shows the reverse with the representation of Moritz in body armor. The inscription reads

the translation goes Moritz Duke of Saxony ordered in Annaberg 1546.

Thaler of Duke Fridrich II. and his brothers

The coins denomination value was 2 Thalers, it weighs 24.47 grams and has a diameter of 4 centimeters. The coin was minted in 1559 by the successors of Johann Fridrich I.

The coin on the right shows the obverse with the representation of Duke Johann Fridrich II. in body armor holding a scepter in his left hand. The inscription reads:

the translation goes New coin of the brothers Dukes of Saxony

The coin on the left shows the reverse with the representation of Johann Wilhelm and Johann Fridrich III in body armor. The inscription reads:

the translation goes Landgrave of Thuringia and Margrave of Misonia

All of the photos were taken from the book Sveti Pavao Shipwreck: A 16th Century Venetian Merchantman from Mljet

If you have any questions please let me know in the comments below and don't forget to resteem :)

steemstem steemiteducation thesteemengine history archaeology
3년 전 by zija202252
$24.21
188 votes
댓글 남기기 20
Authors get paid when people like you upvote their post.If you enjoyed what you read here, create your account today and start earning FREE STEEM!
STEEMKR.COM IS SPONSORED BY

I remember reading about the coins and subdivisions when I was younger. Due to my country being often invaded by the Ottomans (Romania) I have a lot more information on them. The coins are indeed silver Akce and Mangir if they are copper from the same period of time.
And the foreign coins were usually asked as tribute for leaving the countries alone. They couldn't hold Romania's territory under control but they could ensure that nothing would stand there by organizing frequent raids. So the leaders would pay tribute in gold, carriages full of coins in circulation in those areas. For example in Transylvania, a region with high German connections, the leadership would raise German coins and send them to the sultatane.
Great article! Keep on writing and don't forget to inspire others! We all make up a community and we all need to help it grow. It was a pleasure reading your article!

Thank you for the insight, and I will do that. In Croatia we had the same the Dalmatian hinterland was a border area between Venice and the Ottoman empire but still not so many coins found here. A lot more in Slavonia.

Amazing post, so detailed and thoughtful both in your own writing and the sources you share. I love the images of all the old coins! :)

Guess you found some inspo with your blog thumbnail ;) Great post!

Under water archeology. The view looks beautiful honestly makes me wish i could swim. I saw some silver that looked corroded which was found under water. This is surprising i thought silver doesn't rust or were they some debris on it?.

@adetola Only items made of gold are not affected they look like there were put there yesterday even they are hundreds of years old. Silver develops a patina which needs to be cleaned depending in which environment found sea earth and so on :)

Wow...so the silver just needs to be cleaned. Precious metals. I just learnt something. Thank you for the education. Keep steeming!

I was looking forward to seeing those Turkish coins, and I must say, they kind of surprised me a little, I did not expect them to be so imaginative. They look amazingly beautiful.

It is the Arabic writing one side has the name of the Sultan and the year when his rule started the other side says where the coin was minted. There were a few Mints some of the coins are from the Balkans.

This is a phenomenal post. I find it very informative and interesting. I'm also a bit surprised there was no gold coins found and that none were Italian but I guess you never know what they were carrying back then.

Another fantastic post! I've been waiting for part 4 since I read part 3, absolutely fascinating information. The sultan coins peaked my interest, i'm really into coins and have never heard of or seen anything like those before... Thank you for sharing.

Thank you very much @silasdavid, yes the Ottoman coins are pretty interesting I myself are not familiar with them :D