Nanotechnology changing every field of science.

NANOTECHNOLOGY is one of the modern science, engineering and technology manipulated at the nanoscale, measuring about 1 to 100 nanometers.
The physical, chemical and biological properties of a material changes at nonoscale level in a unique and peculiar way, i.e. it follows the laws of quantum mechanics which is very different from the laws of Newtonian physics we see and feel at macro level. 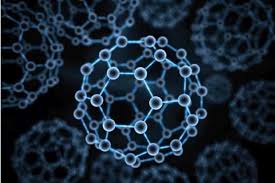 Nanotechnology allows manipulation of properties at a very small scale level, it can have many applications such as:

Nano scale diagnostic apparatus are more efficient in detecting early cancers and infections, Nano size medication can be delivered to the targeted areas which can help fight with cancer cells without involving other systems of body as their side effects.
example ; Recently, a method in newtechnology has emerged for safer and cheaper diagnosis and early detection for treatment of cancer, by converting nano-particles of calcium phosphate into fully biodegradable radio frequency (RF) agents which can be detected in magnetic resonance in aging kMRI* and computed tomography (CT)scans.

PROFESSOR JAGADISH;
“Research is on in a big way to use nano robots to deliver drugs to specific areas. A day will come when the entire body will not be bombarded with drugs. A mechanism will be evolved to deliver the drug only to the affected area. Similarly, its use in solar panels will be a big boost to the energy SECTOR. "

Nano particles accelerate the conversion of organic waste into organic manures, biogas and fertilizers
through the use of Nanoparticles, such as Iron oxide particles.

In agriculture, Food processing industry for better packaging, preservation with least wastage, low moisture flow and minimum growth of bacteria. Silver Nanoparticles which functions as antifungal, anti-bacterial, anti-inflammatory, antiviral and antiplatelet can be used to increase the shelflife of agricultural products.

Use of sensors, cameras, recording devices, precision guiding other tools to detect and gather information by using nanotechnology .

Novel hydrogen storage systems based on carbon nanotubes and other light weight nanomaterials,Nanocatalysts for hydrogen generation increases the rate of reaction thousands of times in the field of renewable energy.

The efficiency in the use of nanotechnology in solar panel has already gone up to 46 % from 15 %, and it will climb to 50 % shortly,” he said and added “but the challenge is that it is a very costly technology at present. That is why it is used only in space science. The challenge is to make it more economical to serve the common man,” Prof. Jagadish said.

Nanotechnology has its applications in every field life, from rocket science to the field of agriculture, from space to the waste management, from non renewable to renewable energy sector.

stemng steemstem science technology busy
2년 전 by muzi020253
$17.02
40 votes
댓글 남기기 12
Authors get paid when people like you upvote their post.If you enjoyed what you read here, create your account today and start earning FREE STEEM!
STEEMKR.COM IS SPONSORED BY

This is incredible. Thanks for passing it across to us.

Thanks for your appreciation, I am happy that you like my posts and respond always.

Nanotechnology as well as AI are going to change our world in ways we cannot imagine right now.

The future is looking promising!

Yes in deed it has change to some extent. Most of the dangerous industrial work is done nowadays by automation with the help of AI. Nanotechnology is not so popular like AI because of its cost factor otherwise nanotechnology technology research has shown some promising future.

Nanotechnology is indeed useful in so many aspects, even painting. Materials that are waterproof or dust proof are made so by Nano coating

Yes you are right, everything is going to change with the nanotechnology and its better applications.

I'm looking for entrepreneur teachers to speak at my opening event in california, USA its to show support for #decentralizededucation My company is http://Wolfsteintech.io
We specialize in #cryptocurrency #artificialintelligence #virtualreality #coding #iot #internetmarking and #finance My personal website is http://satoshipapi.io
I'm also a freelance marketer #SEO #SEM #SMMA (hence the hashtags and #backlinking ) I'm also selling - http://satoshicash.io

This service is free. You can learn more on how to help here.

Why not, I had utilised the two direct quotes from DR Prof JAGDISH. I have kept it highlighted. The sources I do mention if I feel needed.
I do appreciate your vigil. Thanks for your comment.