Green Energy: Its applications based on their energy source

Energy that is gotten from renewable sources is referred to as green energy. This energy is been refilled based on human timescale. The renewable energy sources are sunlight, wind, tides, rain, geothermal heat and waves. The following four areas are the areas in which renewable energy provide energy: electricity generation, transportation, water and air cooling/heating, rural energy services (off grid). 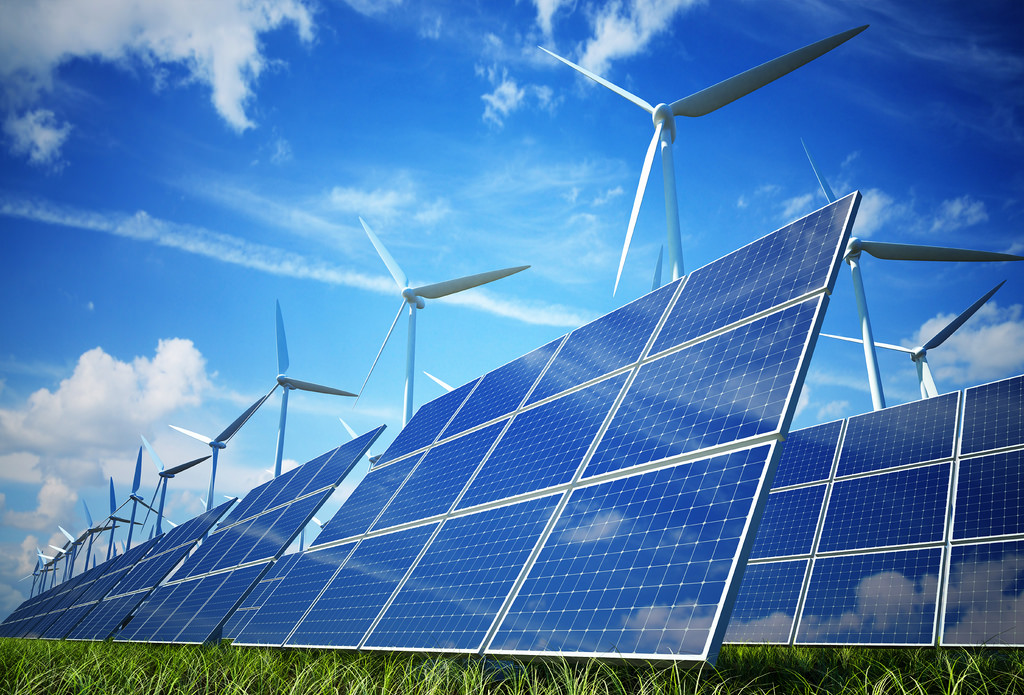 Plants grow with the help of sunlight alongside rain and snow. Plant is made up of organic matter known as biomass. This biomass is effective in the production of transportation fuel, electricity or chemicals. The energy generated by the use of biomass for any of the above mentioned use is called bioenergy.

All renewable energy resources are not from sun. Earth’s internal heat is tapped by geothermal energy for different types of uses, such as heating and cooling of building and electric power production. Ocean’s tide gets its energy from moon’s gravitational pull and sun upon the earth

In fact, energy of the ocean is from a number of sources. Except tidal energy, we have ocean’s wave energy that is driven by both the wind and the tide. More than the ocean depths, the sun warms the surface of the ocean thereby, developing a temperature change that can be used as a source of energy. Electricity can be produced by making use of all these forms of ocean energy

Early distribution of renewable energy, technological diversification of energy source and energy efficiency, will give birth to important economic benefits and energy security, environmental pollution such as air pollution (caused by fossil fuels burning) will be reduced and improve public health, decline in premature mortality as a result of pollution.

Government is now in support of renewable energy legislation as a result of increasing global warming and climate change in addition high oil prices.

Applications of green energy based on their energy source

Wind power
Wind turbines are run by the use of air flow. The power of modern utility-scale wind turbine is between around 600kw and 5 MW. Although the most common commercially used turbine has between 1.5- 3MW rated output. Single installed onshore wind turbine has the largest capacity of 7.5MW as at 2015.

The wind speed is dependent on the power available from the wind. Therefore, for a particular turbine, the power output increases as the wind speed increases. Preferred location for wind farms are offshore and sites of high altitude where winds are constant and more stronger.

Wind energy technical potential is almost times five of total current of energy production globally or times 40 of present electricity demands if we were able to overcome all practical barriers.

Hydro power
70% of all renewable electricity and 16.6% of world total electricity are generated by hydropower on 2015. Considerable amount of energy can be obtained by even a slow flowing water stream or moderate sea swells just because water is like 800 times denser than air.

Hydroelectric power historically came from large hydroelectric dam and reservoir construction. These can be found in many third world countries like Brazil, China, and Paraguay etc.

Small hydro systems are installation of hydroelectric power system that produces power of about 50MW. They usually have low impact on large rivers or rather used on small rivers. Many of this small hydro system are found in China. Run of the river hydroelectricity plants is a type of hydroelectric system without large reservoir creation. It derives their kinetic energy from river. Large amount of electricity can be produced by this style of generation. An example of this can be found in United States. Converting the tides energy by tidal power and capturing of ocean surface waves by wave power are the two future potential forms of hydropower. Although it has not been commercially employed

Solar energy
Heat, Solar energy and radiant light from the sun is actively engaged with ever-revolving range of technologies which include; photovoltaic, concentrator photovoltaic, concentrated solar power, Solar heating, artificial photosynthesis and solar architecture. Passive solar or active solar are the ways in which solar technologies has been characterized depending on the means of capturing, conversion and distribution of solar energy.

Active technologies include solar thermal energy which produce heat by making use of solar collectors, and solar power which convert sunlight to electricity indirectly by concentrated solar power or directly by photovoltaic. Passive solar techniques are moving a building towards sun, selecting materials that has light dispersing properties or materials with favorable thermal mass and creating spaces in which air circulate naturally.

Light energy is been converted to electrical direct current (DC) by photovoltaic system with the help of photoelectric effect. Solar photovoltaic together with concentrated solar power out of all renewable technologies has the highest potential and it’s a fast growing multi-billion industry.

Geothermal energy
Heat from the earth is referred to as geothermal energy. It is highly sustainable and clean. Geothermal energy resources include shallow ground to hot water and hot rock. These are found in some few miles under the Earth’s surface, and sometimes at the extremely deep high temperature of molten magma.

Almost constant temperature is been maintained between 500 and 600 F by shallow ground or upper 10 feet of the Earth’s surface. Geothermal heat pumps can drive into this resource in order to cool and heat building. This geothermal heat pump is made up of a heat pump, air delivery system (ductwork) and a heat exchanger which is a system of pipes buried near the house in the shallow ground. 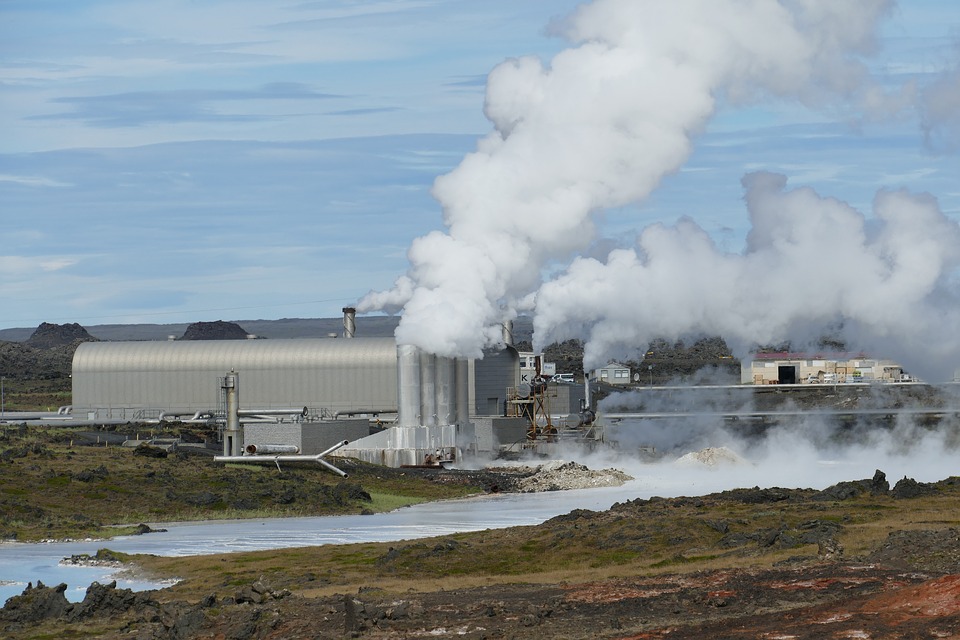 Heat can be gotten directly from hot water near the surface of the earth. Applications of direct use are plants growing in greenhouses, drying crops, heating building, several industrial processes such as milk pasteurization and heating water at fish farm

Depending on the biomass type to be used, biomass is used to generate energy through the following process. Feedstocks that are dry and combustible are burnt in the furnance while wet feedstocks are made to rot in order to produce biomethane gas by putting it in a sealed tank. Throughput the rotting process, the gas is captured and burnt.

Heat that can be used for warming home, offices and shop are produced by burning biomethane or biomass. Steam turbine can be driven by this same heat to produce electricity in a way similar to gas or coal fired plants.

View the video below for more understanding on this topic.

Image Credits
1
2
3
All Images are from free sources

stemng steemstem genesisproject science upvoteforupvote
4년 전 by sheglow49
$15.62
80 votes
댓글 남기기 5
Authors get paid when people like you upvote their post.If you enjoyed what you read here, create your account today and start earning FREE STEEM!
STEEMKR.COM IS SPONSORED BY

Sustainable power supply would always be the directions for engineers. The many sources of renewable energy needs us to start thinking and finding means to tap into their possibilities.

The hydropower and wind power interests me the most and would be lovely if well capitalized on here in Nigeria.

Many of renewable energy resources are here in Nigeria and if the country could tap into it, it will really solve many of our problems. Thanks

Good post about renewable energy, we can do better than what Trump has proposed and that would be zero!

That is if our leaders or private individuals are ready to take steps. Thank you