Our team has been hard at work and we have lots of exciting news to share since last week's update! Erinn Ruth has a very impressive list of acting credits. Most recently, she appeared as "Mo" Reegert in the ShowTime series Billions. Erinn has also appeared in Blindspot, Law & Order: SUV, and As The World Turns. The Production Designer (long ago referred to as the Art Director) is responsible for the overall look of a film or television show. P.D's play a very important role of selecting the settings and style to visually tell the story on the screen.

Our team is lucky to have a dynamic duo of talented Production Designers! Meet twin sisters, Ali and Jillie Glat. They will set and maintain a cool, crypto-noir vibe throughout the trailer that will be unique to the HardFork Film Series. We found a perfect location to shoot one of the final scenes in the trailer. Doug and crew will use a bit of movie magic to transform this basement into the one of the dreaded CFS' Recognitioning Centers. @dougkarr and crew is in the midst of wrapping up the final main shooting days in New York City this week. We've screened a small, thirty second, portion of the rough cut version of the trailer and couldn’t be happier at how it’s turning out!

The entire HardFork Series team would like to extend a heartfelt thank you our Associate Producer Gillian Crawford ( @gilliancrawford ). She joined the team for Doug’s first day of shooting the teaser trailer and has been working tirelessly ever since. Director, @dougkarr spent all of last Sunday with his five year old assistant (his son) building a robotic arm prop that will appear in the film trailer as a menacing manacle. @ericvancewalton and @opheliafu collaborated to create the concept for the CFS' Liberty Dollar Coin. This was sent to an artist this week to create a 3-D rendering of the coin.

What Are Our Goals for the Next Week?

Thank you all so much, Steemit community, for the tremendous show of support!

Yours in the chain,
The HardFork Team

@HardFork-Series is an upcoming narrative film mini-series with a decentralized filmmaking approach to be produced in New York City and around the world, the team includes writer @ericvancewalton, writer/director @dougkarr, star and writer @bakerchristopher, writer @the-alien, executive producer @andrarchy, growth hacker @nickytothenines, the amazing HardFork-Universe crew, and the entire Steemit community. Please reach out to any and all of us to get involved, or simply reply below and we'll reach out!

Create your own HardFork Series related content! Post your derivative work and ideas on Steemit using the #hardforkseries tag. All content posted to this tag will be assumed to be intended as derivative work I of the HardFork series and so the HardFork team cannot be liable for any apparent similarities between the content and the final product.

story life blog blockchain hardforkseries
5년 전 by hardfork-series65
$59.21
83 votes
댓글 남기기 28
Authors get paid when people like you upvote their post.If you enjoyed what you read here, create your account today and start earning FREE STEEM!
STEEMKR.COM IS SPONSORED BY

It's coming along nicely, everyone seems to be working hard and it's exciting to know it is getting closer to its completion. Can't wait to see this and good luck all on your amazing work!

Thank you, @thegoliath! We're so excited to share the teaser trailer with the community on November 3rd in Lisbon!

You're welcome, it's exciting that the trailer is only weeks away now!

Thanks a lot for the support and the nice words!

Anytime mate. Happy to help where I can, as always.

"@ericvancewalton and @opheliafu collaborated to create the concept for the CFS' Liberty Dollar Coin. This was sent to an artist this week to create a 3-D rendering of the coin."
What about making a real crypto coin of it (like with Bitshares). I would buy a few just as a fanboy tribute xD

Or even better create a decentralized coin for the series and a bad Central Services coin that crashes with its incompetence, and have both coins competing with each other as the struggle continues in the series between the centralized and decentralized factions. ;)

Thanks for the awesome comment and the nice words!

Sounds like a neat idea ^^ But what if the Central Services coin wins ;)?

Yes neat. Very. But is that even in question?

If it weren't, then were would the excitement be? Would be a little dull without a worthy enemy now would it ;)

Thank you, @droucil! Love the idea of a real crypto coin! We really appreciate the support!

@ericvancewalton and @opheliafu doing great work for crypto coin .
@HardFork-Series is an upcoming narrative film mini-series is the awesome .

This really does look exciting! Getting some cast members with name recognition was key.

This has the potential to pull cryptos into the mainstream!

That is our goal and I think with the help of the community we can get there! :) Thank you btw!!

Great job everybody, and welcome to the new talent. (-: This project just keeps exceeding expectations. Kudos!

So many awesome people joining our amazing project, this is shaping up to a fantastic experience!

P.S: @dougkarr you're lucky you had such an amazing assistant building the robotic arm ;)

I can already visualize how great that location is going to look. Great work Hardfork team!

I think these posts are the teaser trailers, haha!

Is it lucky son or lucky dad? That is truly awesome Doug. When I was about your son's age my father was the lead in a musical that ended up travelling around Long Island and I got to make an appearance with another little girl, pushing our dolls in strollers across the stage. I felt very important (thrilled and excited) a memory that stayed with me.

Nice blog for steemit. Thanks for sharing a Story of real and peaceful life. 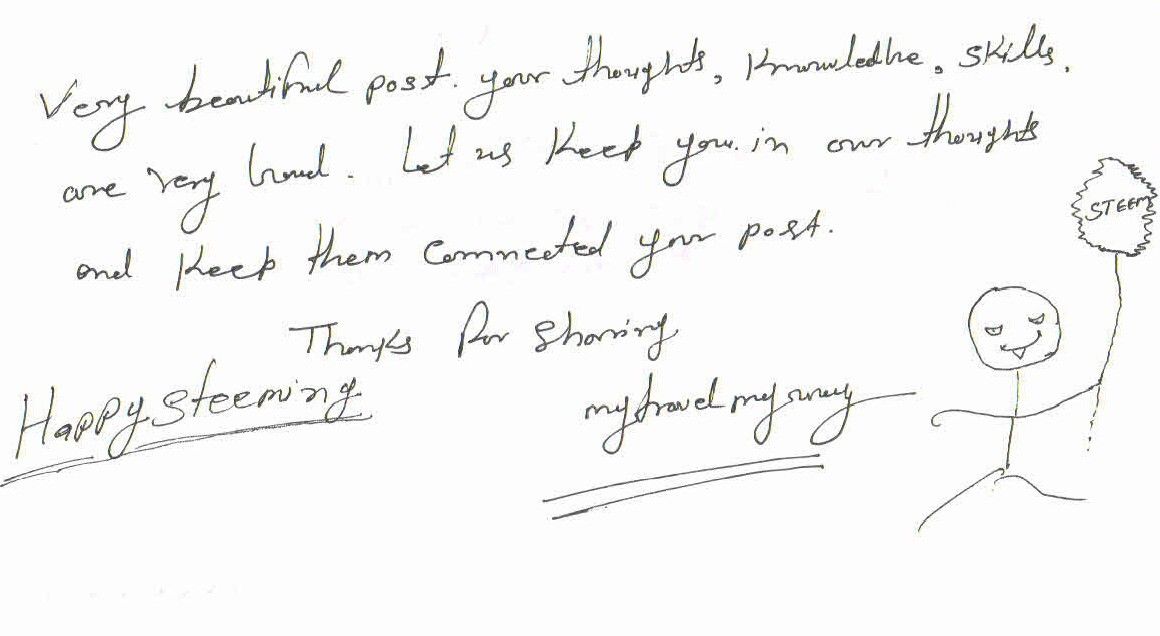 Sounds like a great idea and project! Keep the updates coming. Can't wait to see the final product.

Wow so much is being done for the film. Keep going! 😃

This has been a huge amount of fun so far!!

Wow, so much progress in a short tīme, you guys are rockin'!
I am currently rendering more #hardforkseries art, so trying to keep up