Meet Jerry Wendell, a life skills expert who sells artificial lawn and every type of gardening stuff in our small town. Well, Jerry is not a high paid life coach or motivation speaker but I’m convinced he knows more about life than all the motivation coaches and speakers you know combined. 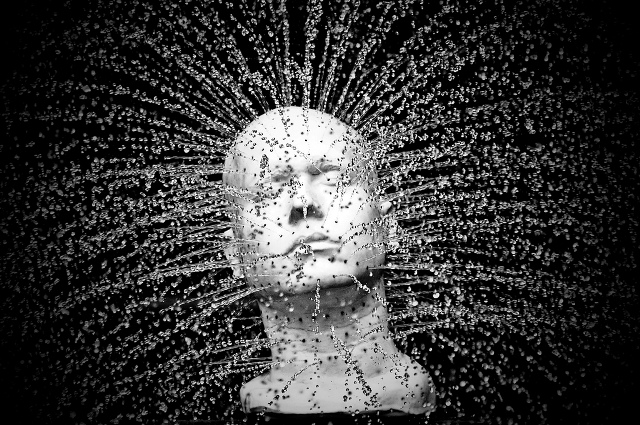 Chapter 1: The Mind is a Battlefield

You’ve probably not yet heard of Jerry because he doesn’t run TV ads about his products or skills. However, his expert advice on just about everything from choosing the right gardening manure to achieving happiness in marriage has helped him sell miles of artificial turf and truckloads of shovels over the years.

I remember the first time I walked into Jerry’s gardening store. I instantly hated his business ethics and thought his customer service sucked. I’d just been moved into this small town by our firm against my wishes and didn’t like it one bit. I, of course, expected the small enclave to have its own peculiarities but failed to understand why a right thinking store owner would spend close to twenty minutes dispensing free advice on marriage to a young couple while the rest of us stood in line waiting to be served.

None of the other dozen or so customers seemed to be in any sort of a hurry so I took the liberty to holler at the preachy old storekeeper: “Hey, I need a rodent zapper or anything I can use to kill a mouse in my kitchen. What do you have?”

You’d think I had broken some unwritten cardinal law at the store.

I’ve never figured out what the bigger crime was – planning to zap dead a rodent or daring to interrupt Jerry in one of his life coaching sessions? But I knew I had tripped the wrong wire when everyone stopped to stare like I was some lamebrain serial killer confessing of an evil plan to mutilate their pets.

The old man adjusted his wide rimmed glasses and turned to me, “So you wanna kill mice, son?”

“But you wanna kill them fast?”

“Look here,” He beckoned me closer. “There’s a good gun store down the block. They’ll sell you everything you need to kill mice, from M24 sniper rifles to a couple of hand grenades. Go zap ‘em soldier!”

The joke was heartily appreciated at the store. A few customers were even clapping while the rest laughed and pointed fingers at me.

“Come on, Jerry,” a sympathetic female voice shouted. “Give him a break. He’s probably new in town.”

I was about to storm out of the store when Jerry asked, “What’s your name, son?”

“Ok, Mark. Just you be patient. I’ll be with you in a moment,” he said and went back to the young couple.

“So Mark, what makes you so angry with life? Is it our small town or the mouse?” he asked.

“I’m okay. Just having a hard time adapting to changes. And yeah, the mouse isn’t helping either,” I replied.

“Know what your biggest problem is, Mark?”

“Nope. You tell me?” What did the old guy have to do with my problems?

“Negative thinking,” he explained. “Our biggest mistake is to make life more complicated than it really is. That little rodent is not a big threat as you make it to be. It’s all in your mind, son.”

“Ok,” I said with a sigh of resignation. “Can I have the mouse trap now please?”

“You’ll get the mouse trap, Mark. But let me first tell you a quick story of a man I knew most of my youthful life. His name was Dan Cooper.”

I looked around at my fellow customers but none seemed eager to be served much less interrupt Jerry and his latest student.

“Don’t mind them. Everyone who comes to Jerry’s is never in a hurry. It’s more like a community where they come to share home improvement ideas,” he said wiping the wide rimmed glasses with a large handkerchief. “Good thing their ideas and recommendations result in more sales, huh.”

I smiled. He wasn’t such a grouchy old guy after all. I asked him who Dan Cooper was.

“Oh yeah, Cooper,” he let out a long breath and I knew this was no quick story by any means. “Dan Cooper was an honest man who made a living by beating up people.”

“An honest man, indeed,” I observed.

I learned that Dan Cooper was actually a boxer with an unbelievable record of 6 wins and 24 losses, eight of those losses technical knockouts. I further learned that Dan weathered the knockout punches fairly well throughout his suicidal career but Parkinson’s disease nailed him later in life.

“I went to see my friend Dan a few days before he passed on and that dying man gave me the most important lesson in life,” Jerry said then tapped his grey head. “According to Dan Cooper, all battles in life and boxing are fought and won or lost here.” He tapped his tapped his grey head a few more times for emphasis.

“Your mind is the battlefield where it all happens,” the old man explained. “Your mind is where your worst conflicts reside, where your worst fears live, and where your unfulfilled expectations torture your poor soul. If you allow anger, fears, and self-defeating thoughts to reign in your mind, you’ll never have enough room for happiness, productivity, and personal growth in your life.”

“So like someone said, we ultimately become what we think?” I asked.

“More or less but you can’t change anything in your life if you don’t change how you think,” Jerry said. “It’s all in your mind. You have a choice of how you can respond to disappointments and surprises that life brings us. You choose whether to see disappointments as curses or growth opportunities. Your response ultimately decides whether you’ll be happy and successful or a sad loser. It’s all in your mind, Mark”

“Exactly. Remember I was told this by a man who died a boxing champ.”

“You mean a man who had six wins 24 losses in his boxing career?” I asked.

“Yup, he successfully defended his title four times and only gave it up when his health began failing. He began a loser and died a champ,” Jerry corrected me. “So do you still want to break the poor rodent’s neck or get rid of it in a humane way? I got a few mouse catchers somewhere here.”

“I guess a mouse catcher would be great way to start taming the anger in my mental battleground,” I said with a wide smile.

I’d later come to learn that the humane anger-free mouse catcher cost twice as much as one of those neck-breaking mouse traps. That’s how Jerry keeps the business afloat. And we just can’t help but drop by his store every so often.

story life motivation busy blog
4년 전 by lifeline33
$0.15
24 votes
댓글 남기기 5
Authors get paid when people like you upvote their post.If you enjoyed what you read here, create your account today and start earning FREE STEEM!
STEEMKR.COM IS SPONSORED BY

This post has received a 0.39 % upvote from @drotto thanks to: @banjo.

Thanks a lot. Much appreciated.

That I call a great inspiration! Keep the great things flowing!

Thank you very much. Greater things on the way!