My Experience with An Army Men

It's been 5yrs now and i can't forget the experience that happened to me on the 8th of May 2013.

It happened on a cool Wednesday evening when a friend of mine came to meet me so we can go watch a match between Chelsea vs Tottenham in a viewing centre.

Before we left the house i was having a body signal that something wrong was going to happen, but i was too stubborn to listen to my inner voice.

From my home to the view centre takes just 10minutes walk, we're not in a hurry because we thought that the Match will be starting in an hour time but we never knew that the match have already started.

As we were on our way, my friend saw a girl that he have been wooing, then this my guy told me to wait for him so he can have a conversation with this girl.

It's just few minutes gone waiting, i was surprise when i saw people running and shouting " kpo kpo dey come oh", ( in Warri slang - kpo kpo means Military men) . so as i wanted to run, my friend saw me and started shouting "Moses you be fool oh, where you know say you dey run go?" at this point the girl he was talking to have already took to her heels lol. 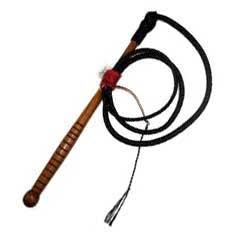 So we hide ourself in one uncompleted building that was around and watched how the event of that night is going to unfold.

As we were inside the uncomfortable building, i so angry for two things,
First, i would have followed my instinct when i knew something was going to happen.
Secondly, i wouldn't have listen to my friend when i wanted to run, i would have been home already and not in an uncompleted bulding.

At this time the street seems like a graveyard, because we could not hear any sound.

I was so scared that i did not know when shouted " Oh God, which kind wahala be this nah" . The next thing we heard was voices that was repeatedly saying " If una run, walai we go fire una"
Then i heard my friend said with a cracky voice "Ogbeni borrow leg borrow leg"...

As we wanted to jump out from the widow of the uncompleted building what we saw scared the poo out of us...

story stach life nigeria africa
3년 전 by moezzy48
$0.21
2 votes
댓글 남기기 0
Authors get paid when people like you upvote their post.If you enjoyed what you read here, create your account today and start earning FREE STEEM!
STEEMKR.COM IS SPONSORED BY