Hello, steemit'ers, I decided to share an interesting conspiracy theory every day. Hope you'll enjoy them :) 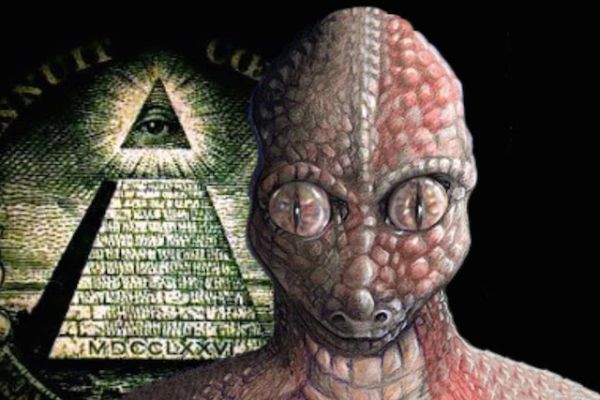 They are among us. Blood-drinking, flesh-eating, shape-shifting extraterrestrial reptilian humanoids with only one objective in their cold-blooded little heads: to enslave the human race. They are our leaders, our corporate executives, our beloved Oscar-winning actors and Grammy-winning singers, and they're responsible for the Holocaust, the Oklahoma City bombings and the 9/11 attacks ... at least according to former BBC sports reporter David Icke, who became the poster human for the theory in 1998 after publishing his first book, The Biggest Secret, which contained interviews with two Brits who claimed members of the royal family are nothing more than reptiles with crowns.

The conspiracy theorist and New Age philosopher, who wore the only turquoise for a time and insisted on being called Son of God-Head, says these "Annunaki" (the reptiles) have controlled humankind since ancient times; they count among their number Queen Elizabeth, George W. Bush, Henry Kissinger, Bill and Hillary Clinton and Bob Hope. Encroaching on other conspiracy theorists' territory, Icke even claims that the lizards are behind secret societies like the Freemasons and the Illuminati. Since earning the dubious title of "paranoid of the decade" in the late 1990s, Icke has written several books on the topic, including his latest work, The David Icke Guide to the Global Conspiracy, while operating his own website — complete with merchandise and advertisements.

Please, feel free to comment your thoughts and have a good night/day and remember to beware of the lizards ;)

story conspiracy history life rebost
3년 전 by radlerjan55
$0.00
4 votes
댓글 남기기 1
Authors get paid when people like you upvote their post.If you enjoyed what you read here, create your account today and start earning FREE STEEM!
STEEMKR.COM IS SPONSORED BY