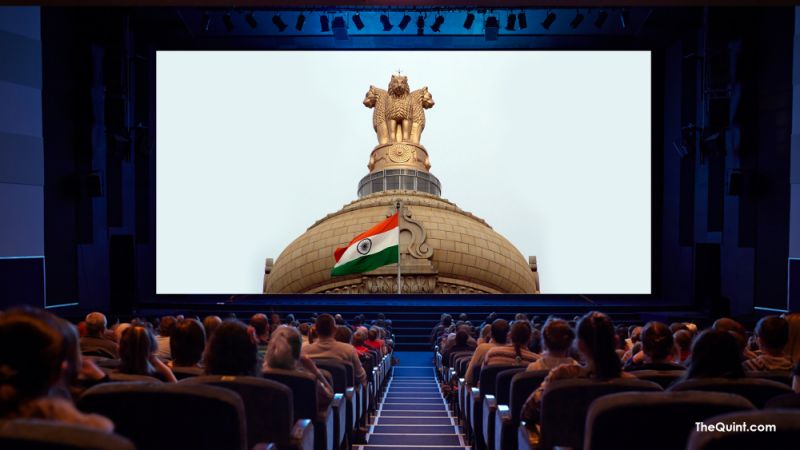 The Supreme Court today indicated that it may be open to reviewing the controversial order passed by it last year making it mandatory for the national anthem to be played in cinema halls, and for all those present to stand up for it.

The order, passed by a bench headed by current CJI Dipak Misra, was meant to be an interim relief while the case continued in court, and has only come up for hearing again now.

On 30 November 2016, the Court had ordered that all cinema halls across the country should play the national anthem before a movie is screened. The national anthem was to be accompanied by the national flag on the screen, the bench ruled.
The court said it was mandatory that all present inside the theatre should stand up as a sign of respect while the anthem is played. The order was modified to exempt disabled persons after several incidents of violence against them were reported.

Justice Chandrachud, on the bench now hearing the case, observed that we do not need to wear our patriotism on our sleeves, and that just because someone doesn’t stand up for the anthem, doesn’t mean that they are not patriotic.

While there is no change in the status quo at present, the Court has asked the Indian government to look into the matter and decide if regulations are needed. The order has come in for a great deal of criticism, and its legality questioned, but continues to remain in force as of now.

supremecourtofindia
4년 전 by thulasinath38
$0.00
3 votes
댓글 남기기 1
Authors get paid when people like you upvote their post.If you enjoyed what you read here, create your account today and start earning FREE STEEM!
STEEMKR.COM IS SPONSORED BY